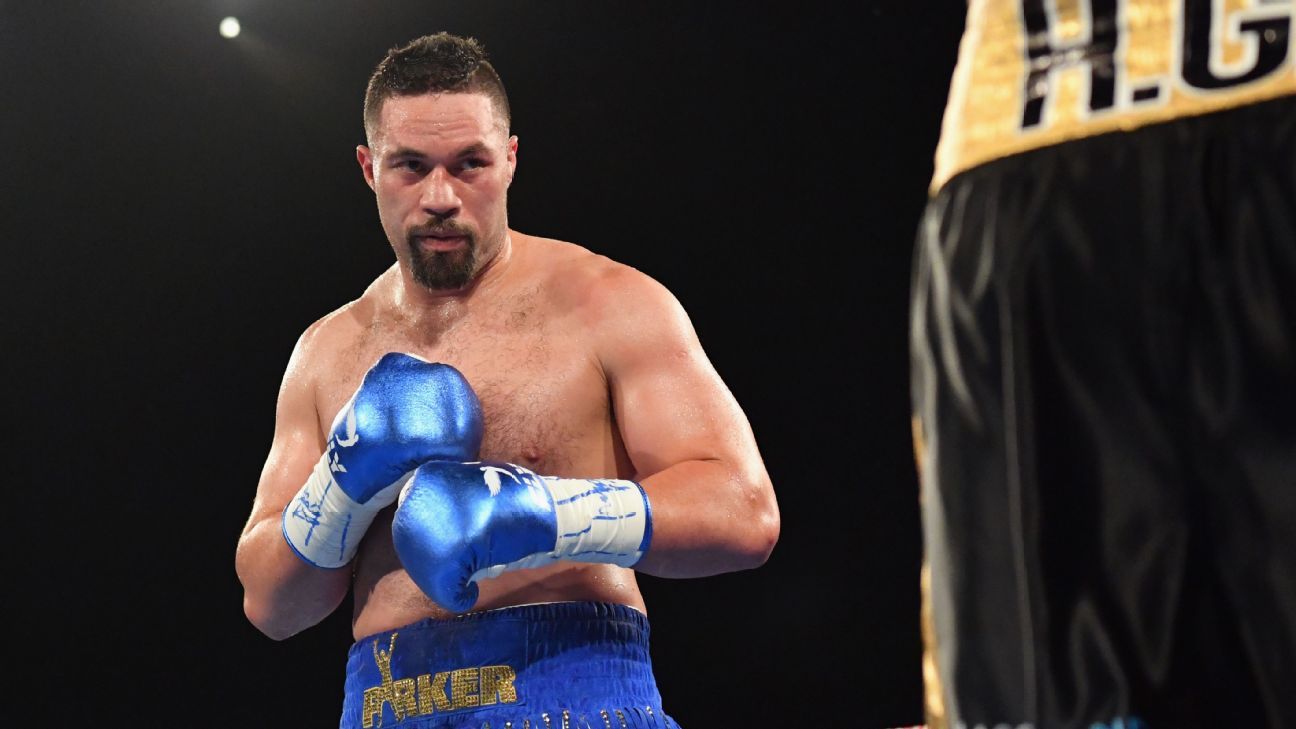 Former heavyweight world titlist Joseph Parker, long on the hunt for an opponent for his next bout, now officially has one: Shawndell Winters.

Parker will square off with Winters in a 10-round bout on the Mikey Garcia-Jessie Vargas card on Feb. 29 (DAZN) at the Ford Center at The Star in Frisco, Texas, Matchroom Boxing promoter Eddie Hearn announced Wednesday.

“It’s great to have Joseph back in action early in the year,” Hearn said. “The heavyweight division is red-hot right now, and it’s important for Joseph to make a statement and remind the champions and fellow challengers that he’s coming for them, but Shawndell is on a roll and will be desperate to take a huge scalp.”

Parker (26-2, 20 KOs), 28, of New Zealand, was supposed to fight former world title challenger Dereck Chisora in October in London but was forced to withdraw after becoming ill following being bitten on his leg by a spider.

“I am delighted to be back in action on this huge bill in Texas,” Parker said. “It was frustrating to be ruled out of the Chisora fight in October, especially in such an unusual way, but I have been on fire in the gym in Las Vegas and we’re ready to get back to business. The division is moving at a great pace and this is a perfect opportunity to show the world that I am one of the elite players in the division.”

Parker has won two fights in a row since back-to-back decision losses to top contender Dillian Whyte and Anthony Joshua in a title unification fight. Parker will be fighting for the first time since he stopped former world title challenger Alex Leapai in the 10th round in June in Providence, Rhode Island, in the first fight of a three-fight promotional contract with Matchroom Boxing.

“Shawndell is on a great run and I know he’ll bring it on Feb. 29, but I am ready to show that I will become a two-time world champion in 2020 and that starts with a dominant and destructive display in Frisco,” Parker said.

Winters (13-2, 12 KOs), 39, of Harvey, Illinois, has won two fights in a row in upset fashion, most notably a fifth-round knockout of then-undefeated prospect Oleksandr Teslenko in September in Brampton, Canada. After that win, Winters traveled to Poland and scored another upset, stopping Sergiej Werwejko in the seventh round in November.

“This is the biggest fight of my career and I am going to make it count,” Winters said. “I am used to being the underdog. It’s something that I thrive on and if Joseph Parker underestimates me, he’s going to be in for a bad night because I am going in there to take him out.”

Lou DiBella, Winters’ promoter, is excited that his fighter is getting such a big opportunity.

“Shawndell is a very tough competitor who recently moved up to heavyweight [from cruiserweight]. He’s already pulled off two consecutive upsets against favored opponents, and the fight before that should have been a third,” DiBella said, referencing an eight-round majority decision loss to Nikodem Jezewski in Poland. “He’s looking for his biggest upset yet against Parker. This is a tremendous opportunity. I believe he is a live underdog.”

Chiefs activate Edwards-Helaire; Hardman to IR
Mahomes says ankle in ‘better spot’ ahead of SB
From pranks to bonding among the NFL’s elite, Pro Bowl Games are about making memories
Bubble Watch: How to watch the bubble like a pro
Packers’ Rodgers wins pro-am at Pebble Beach