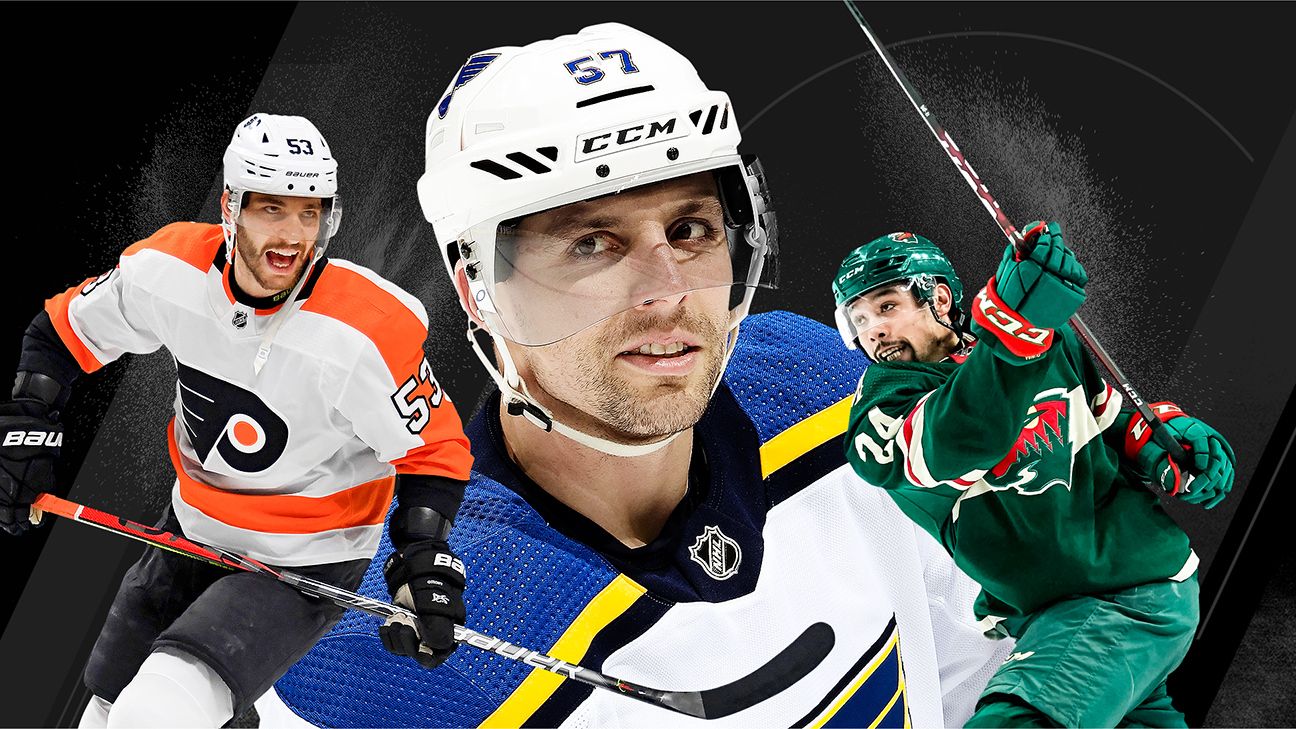 One of the time-tested clichés about hockey is the manner by which its pedestrian and lazy nicknames are doled out. Shortening and adding a “-y” or pluralizing a last name. “Sutter” becomes “Sutts” or “Suttsy.” Yawn.

But it’s not always like this. The NHL boasts plenty of nicknames that are memorable, interesting or inventive. And we shall chronicle some of them here in this week’s power rankings.

How we rank: The ESPN hockey editorial staff submits selections ranking teams 1-31, and those results are tabulated to the list featured here. Teams are rated through Tuesday night’s games, taking into account overall record, recent success and other factors such as injuries. The previous ranking for each team is its spot in last week’s edition.

Note: Standings point pace is as of the games on Feb. 5.

Lars “Tiger” Eller. The Capitals’ forward revealed in 2018 that his nickname stems from the “spiritual animal” he had to choose while on stage with motivational speaker Tony Robbins. He blurted out “tiger.”

David “Pasta” Pastrnak. One of those nicknames that has supplanted the players’ given name in most interactions. (See also: “Flower,” a.k.a. Marc-Andre Fleury.)

David “French Toast” Perron. Whether this is an official nickname is immaterial. Ryan O’Reilly dressed up like Perron for Halloween, and Perron dressed up like French Toast. So it was, and so it shall be: David Perron is French Toast. (O’Reilly, it should be said, has a terrific nickname, too: “Factor.” You’re now entering the no-spin (o-rama) zone.)

Evgeni “Geno” Malkin. There may be other, better nicknames on the Penguins, but we’ve always liked the fact that one of the best Russian hockey players of all time has a nickname that makes him sound like he runs a pizza joint in Bloomfield, New Jersey.

Pat “Big Rig” Maroon. There are times when you watch him skate, and you can faintly hear that “BWAM, BWAM!” of a truck horn.

Erik “The Condor” Johnson. As the story goes, Avalanche color commentator Peter McNab said Johnson was “flying around like a condor” some years ago, and the name just stuck. Although “EJ” just seems so much more efficient.

Oliver “The Maestro” Bjorkstrand. Given to him in a scouting report at world juniors, it certainly applies to what has been his best offensive season.

Shayne “Ghost Bear” Gostisbehere. An instant classic nickname that stuck, the emoji-friendly moniker is also the name of the defenseman’s charitable foundation.

Jamie “Chubbs” Benn. As Benn once noted, he arrived in Dallas as a rookie carrying enough weight that former teammate James Neal bestowed “Chubbs” upon him. It stuck, to the point in which Benn has had it written on his gloves.

Quinn “Huggy Bear” Hughes. A nickname born from both the rookie defenseman’s last name and the fact that, according to goalie Thatcher Demko, “he’s cute and you just want to cuddle him.”

Teuvo “Turbo” Teravainen. A nickname for the scoring forward established well before the Netflix comedy series “I Think You Should Leave” gave the world the “The Turbo Team.”

Noel “Cookie” Acciari. When Acciari was playing in his first preseason game with Florida, he blew a gasket when he realized there were no cookies available for the players before the game. Keith Yandle, one of the NHL’s preeminent jokesters, stuck the moniker on him like cinnamon sugar on a snickerdoodle.

William “Bill Nye” Nylander. The Leafs’ Justin Holl confirmed to The Athletic’s Joshua Kloke that the “Science Guy” name was one of Nylander’s many monikers, which is perfect.

Connor “McJesus” McDavid. A blasphemous, yet accurate nickname that has stirred calls for its revocation but remains in heavy circulation.

William “Wild Bill” Karlsson. One of the best goofy nicknames in the NHL, as it was given to Karlsson during his time in Anaheim because he was … so quiet.

Christian “Stinky” Fischer. The fourth-best nickname in the NHL, according to last year’s NHLPA player poll, and an inside joke in the Coyotes’ locker room that seeped into public knowledge.

Milan “Looch” Lucic. One of the most perfect pairings of style of play and instantly identifiable nickname. Watch Milan play hockey. Tell us that’s not a “Looch.”

Nick “Bones” Bonino. A nickname that has traveled with him from Pittsburgh, we always liked this moniker for a player that provides the backbone for his teams.

• The secret life of NHL dentists »
• From mascot to meme to megastar: How Gritty took over the world »
• The NHL’s love affair with hair »
• The struggle is real: Why hockey butts and jeans don’t mix »
• The definitive NHL mascot rankings »

Robin “Panda” Lehner. The goalie has fueled this nickname by tweeting out “Kung Fu Panda” GIFs from his account.

Jack “Rosie” Roslovic. On the one hand, a typical last name re-appropriation for a nickname. On the other, a delightfully optimistic one, too.

Artemi “Bread Man” Panarin. This memorable nickname was baked up by coach Joel Quenneville when Panarin was in Chicago, in reference to Panera Bread and, one assumes, the way Panarin slices through a loafing defense.

Matt “Dumbs” Dumba. The Wild defenseman admitted to NHLPA.com that his nickname is “Dumbs,” which might be the best application of hockey’s “add an ‘S’ to their name” convention.

Marcus “JoJo” Johansson. We wanted to spotlight this nickname because Johansson was known as “MoJo” for the majority of his career in Washington and New Jersey before somehow inexplicably becoming “JoJo” while with Boston. Put them together and you get an evil anthropomorphic ape.

Tomas “Tuna” Tatar. Not the only player nicknamed “Tuna” in the NHL, but this is perhaps the most perfect application. It was once named best nickname in the NHLPA poll.

“Jumbo” Joe Thornton. The classics are classic for a reason. And that reason is accuracy.

Derek “Elite 1C” Grant. One of our favorite fan-generated nicknames, it was coined this season for the veteran center on account of his 11-goal outburst in 40 games.

Mark “Borocop” Borowiecki. Like “Jovocop” before him, it’s a great nickname for an NHL defenseman. But after Borowiecki stopped a robbery while the Senators were visiting Vancouver, it’s practically his superhero alter ego.

Blake “Pickles” Coleman. From slamming pickle juice in the penalty box to starting his own “P20” line of the briny stuff, he’s kind of a big … dill.

Kyle “The Colonel” Clifford. Kyle Frank Clifford? KFC? Get it? Not to be confused with Kyle Connor of the Jets, who is also known as “KFC,” but the middle name the fans have given him can’t be printed here …

Note: Clifford was traded along with Jack Campbell to the Maple Leafs during the evening of Feb. 5.

Dylan “D-Boss” Larkin. The moniker the Red Wings’ forward bestowed upon himself in a viral video he filmed as a teen in his basement. It’s D-best.