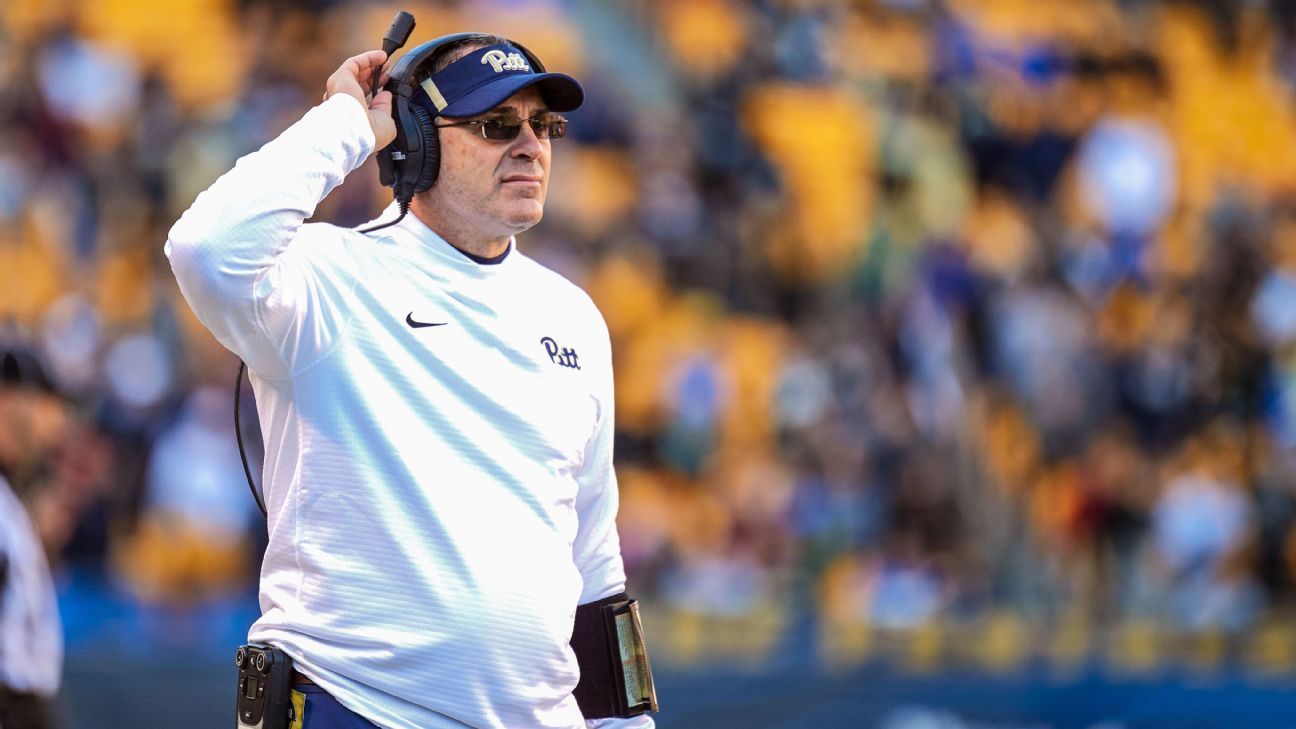 Pat Narduzzi emphatically said Wednesday he plans to stay at Pittsburgh, and wants any speculation tying him to the opening at Michigan State to be squashed.

Narduzzi reiterated his commitment to the Panthers on national signing day, saying, “I came here to get a job done. We couldn’t be in a better situation at the University of Pittsburgh.”

He spent eight years as defensive coordinator at Michigan State under Mark Dantonio, who resigned from the Spartans on Tuesday. That connection made Narduzzi a logical name to surface on lists about candidates to take the job.

Narduzzi just completed his fifth season at Pitt and is 36-29 with the Panthers, including an ACC championship game appearance in 2018 and an upset victory over eventual national champion Clemson in 2016.

Texans’ Ryans expects to win in his ‘dream job’
What’s it like to follow ‘The Guy’?’ Jon Scheyer tells you ahead of Duke-North Carolina
Bamba banned 4 games, Rivers gets 3 for melee
Panthers owner trying to end ‘old boys’ network’
Davis Cup: Nagal’s win makes it 1-1 for India