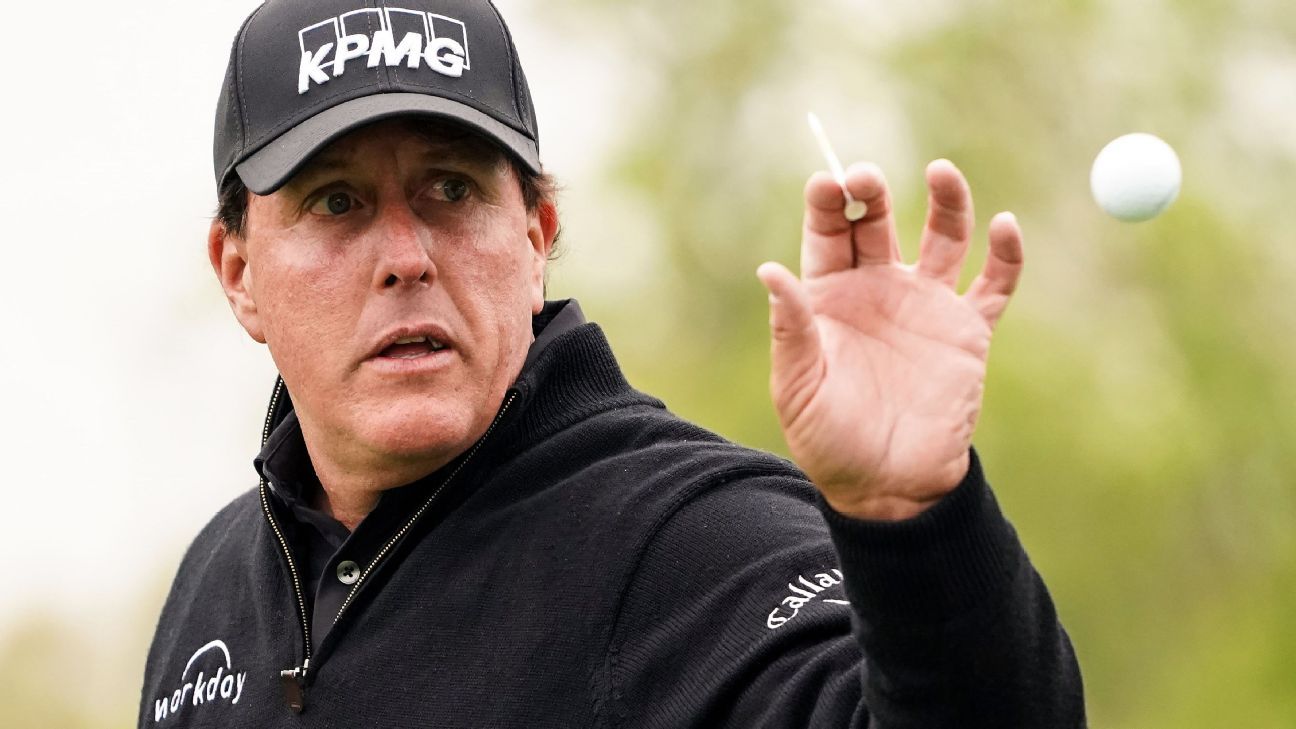 PEBBLE BEACH, Calif. — Phil Mickelson is still not exempt for the U.S. Open and says he won’t accept a special invitation.

The U.S. Open is the one major keeping Mickelson from the career Grand Slam and no other major has given him more grief. His six runner-up finishes, most recently at Merion in 2013, is a U.S. Open record.

The U.S. Open occasionally awards a special exemption to the game’s best players when they are not eligible. Ernie Els has received such an exemption each of the last two years. Jack Nicklaus received eight of them.

Mickelson, who has won five majors, is certain to receive at least one if he needs it.

But he made clear Tuesday he doesn’t want one.

“I won’t accept it,” Mickelson said at the AT&T Pebble Beach Pro-Am, where he won last year for his 44th career PGA Tour victory. “So I am either going to get in the field on my own or I’ll have to try to qualify. I’m not going to take a special exemption.”

Mickelson did not finish in the top 10 after his Pebble Beach victory last year until he finished third last week in the Saudi International. He fell out of the top 50 in the world late last year for the first time in 26 years.

And there is still time for him to become eligible for this year’s U.S. Open at Winged Foot, the scene of his most devastating second-place finish. Mickelson had a one-shot lead in 2006 going to the final hole when he made double bogey and finished one shot behind Geoff Ogilvy.

Mickelson is No. 72 in the world. He can avoid qualifying by getting into the top 60 on May 18 following the PGA Championship or on June 15, the final ranking before the U.S. Open is held.

Mickelson doesn’t have the best relationship with the USGA, often criticizing the way the course is set up. He made his strongest point in 2018 at Shinnecock Hills, where a few pin positions were so difficult on baked-out greens that players had trouble keeping putts from going off the putting surface.

On the 13th hole in the third round, Mickelson’s putt went by the hole and he ran over and swatted it back toward the cup as the ball was still moving, an egregious violation. He was given a two-shot penalty and made a 10 on the hole.

Mickelson said his decision not to accept a special exemption — he would have to apply for one by April 22 — had nothing to do with his feelings toward the USGA.

The U.S. Open began offering special exemptions in 1966 — four-time champion Ben Hogan received the first one. Over the years, they have honored mostly the greats in the game, from Sam Snead and Arnold Palmer to Tom Watson and Greg Norman. Palmer received five of them.

Mickelson was asked if saw a special exemption as sympathy or as a reward for a great carer.