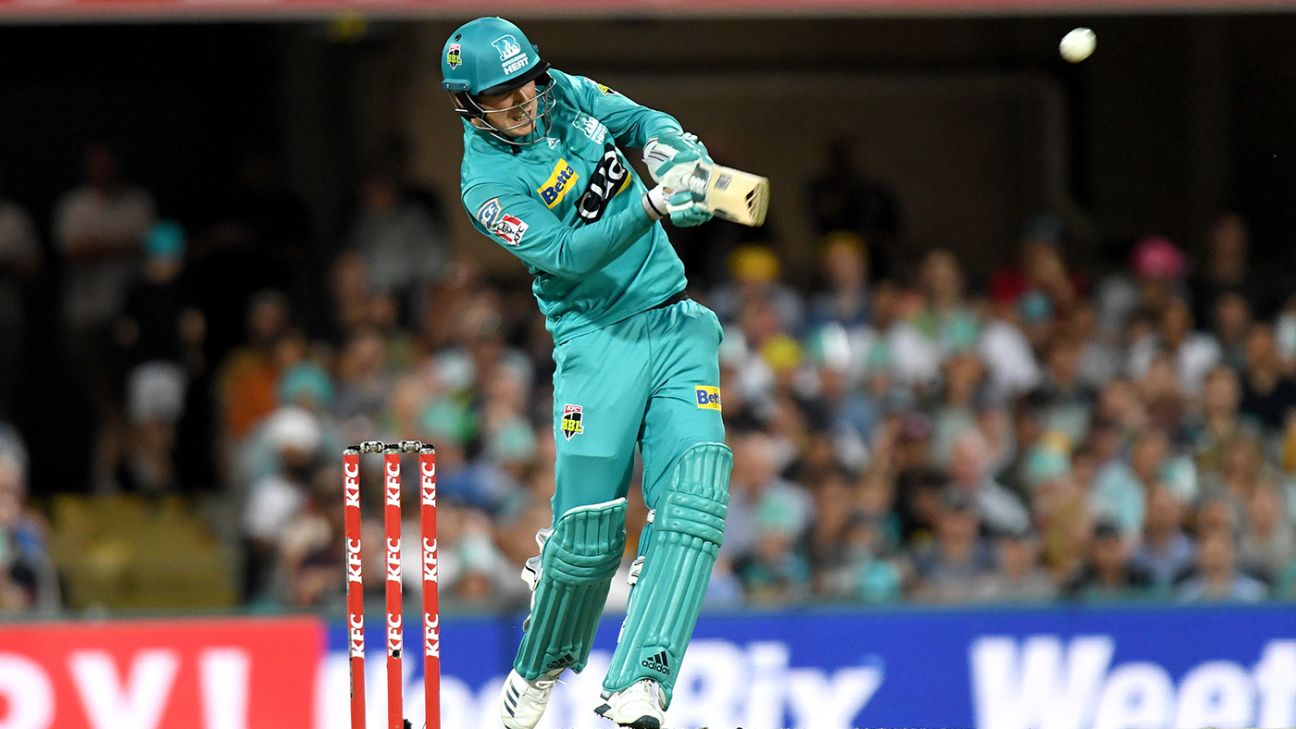 England batsman Tom Banton has signed a new two-year deal with the Brisbane Heat in the Big Bash after his successful debut season with the club hopeful he will be available throughout the 2020-21 campaign.

Banton scored 223 runs in seven matches at a strike-rate of 176.98 – the highest in the tournament of anyone to have batted more than once – before being replaced by AB de Villiers for the second half of the tournament.

Currently, England do not have any limited-overs commitments following the T20 World Cup in Australia later this year until late March 2021 – they play a five-Test series in India from mid-January, a format Banton is unlikely to be in the frame for – which potentially leaves the way clear for him to play the whole tournament.

“I think anyone who saw Tom during his seven games for the Heat in the BBL would agree that he is a special player and someone we think can play an important role for us over the next two years,” the Heat’s coach, Darren Lehmann, said.

“We wanted to move quickly and are very pleased that Tom has agreed to terms. He’s a good young lad and we think his cricket will only get better from here. He’s got his first IPL coming up and he’s in the English set-up, so we know how highly he is thought of around the world.”

Lehmann added that conversations had also been started with de Villiers about returning for another year with the club which missed out on the finals when they were beaten in their final regular season match by the Melbourne Renegades to end a campaign that had been dotted with frequent collapses.

“AB was very positive about the prospects of returning to the Heat, so that is encouraging. We will keep working on things to see what the options are ahead of BB10,” Lehmann said. “We certainly didn’t have the type of finish to our season that we would have hoped for, and we know our fans were as disappointed as we were. We’ve spent some time since then reflecting on what worked and what we could improve on, and the best ways to achieve the goals we have set ourselves.”