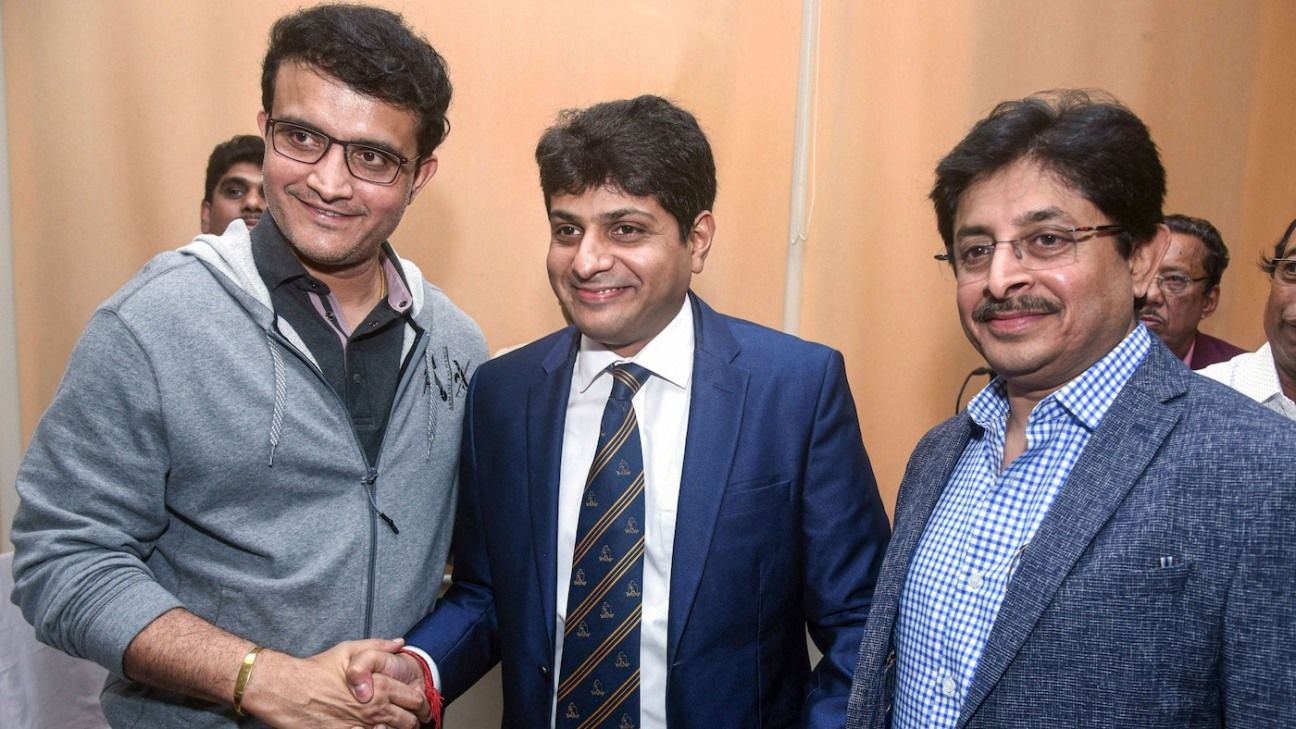 Former BCCI president Jagmohan Dalmiya‘s son Avishek became the youngest president of the Cricket Association Bengal (CAB) at the age of 38, after being elected unopposed on Wednesday.

BCCI president Sourav Ganguly’s elder brother Snehasish Ganguly, a former Bengal batsman, is the new joint-secretary, a post that was vacated by Avishek before his elevation. The CAB president’s post was lying vacant after Sourav Ganguly took over the reins of the BCCI last year.

BCCI president Sourav Ganguly will deliver the Jagmohan Dalmiya lecture in March, new CAB president Avishek Dalmiya announced on Wednesday. The Jagmohan Dalmiya Annual Conclave will be held on the eve of the third India-South Africa ODI at the Eden Gardens scheduled for March 18.

“Right from my childhood, I always heard my father saying ‘Eden is a temple of worship’. That sentiment will run with me always,” Avishek said in his first address as CAB president. “He was very passionate about Eden Gardens. It was really emotional that I could sit in this room. I will only be a fool if I compare myself with any of the former CAB presidents. Their statures were different.”

Snehasish recalled his playing days after taking charge of the office.

“It was a dream to play for state and I played for 10-11 years,” Snehashish said. “Yesterday, I was really emotional remembering my playing days. Now as an administrator, we have got a very young team and we are confident to take Bengal cricket forward.”

With India set to host two global events – the 2021 T20 World Cup and the 2023 ODI World Cup – in three years’ time, the priority for the new CAB president would be to renew the Eden Gardens lease with the Ministry of Defence.

“The renewal of lease of Eden Gardens is due in a couple of years. It takes a lot of time to put things in right perspective. We would initiate the process soon,” Avishek said. “Earlier it was for 15 years. With the two global events coming up, we don’t want the issue to be racked up before a global tournament.”

The CAB is also planning to introduce an eight-team women’s club league and code of conduct for players.

“We want to have women’s club league with eight clubs. We also want to introduce code of conduct of players and support staff. It’s necessary to maintain discipline,” Avishek said.

The idea of introducing a code of conduct comes in the wake of the controversy surrounding Bengal quick Ashok Dinda who was found abusing bowling coach Ranadeb Bose earlier this season, which later cost him a place in the squad.