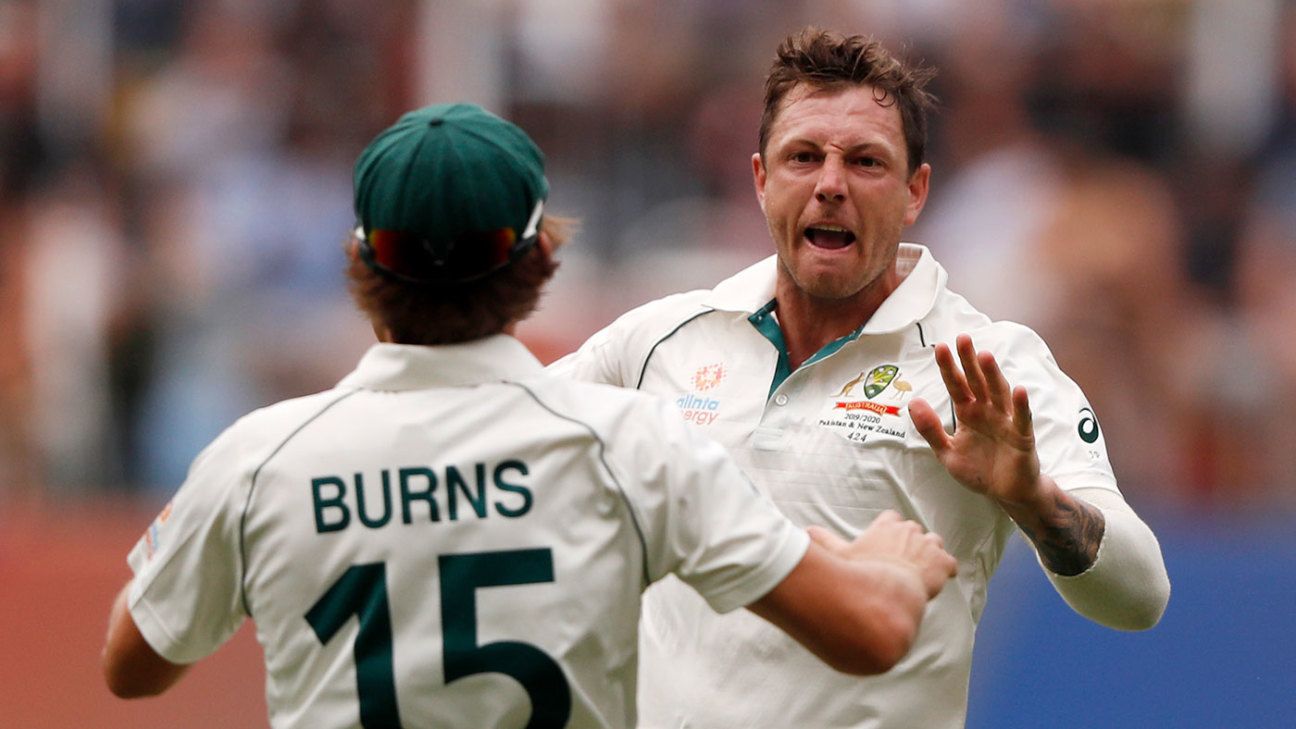 Will Pucovski and James Pattinson have been included in the Australia A squad to face England Lions in a day-night four-day game at the MCG from February 22 with Moises Henriques rewarded for his impressive domestic performances with the captaincy.

Pucovski suffered another concussion playing for the Cricket Australia XI against the Lions on the Gold Coast on Sunday and was ruled out of the remainder of the three one-day games due to the quick turnaround between matches.

Pattinson is the one player to have appeared in this summer’s Test side to be included in the A team. He played the last two Tests against New Zealand, at the MCG and SCG, following the hamstring injury suffered by Josh Hazlewood.

Michael Neser, who was in every Test squad without making his debut, is included along with legspinner Mitchell Swepson who was called up for the Sydney Test and is expected to tour Bangladesh in June.

Marcus Stoinis is handed some compensation for missing out on a recall for the limited-overs tour of South Africa with a chance to impress in the first-class arena while Usman Khawaja and Marcus Harris, who have not played since the Ashes, are given encouragement that they remains in the selectors’ thoughts.

Josh Inglis, the Western Australia and Perth Scorchers wicketkeeper, will take the gloves with Alex Carey involved in the South Africa tour.

Henriques, who has led the Sydney Sixers to the final of the BBL, will captain the side in a season where he has averaged 56.62 for New South Wales in the Sheffield Shield. Last month, Tim Paine name-checked him among potential all-round options for the Test side but said he would need to bowl more having only sent down 20 overs in the Shield.