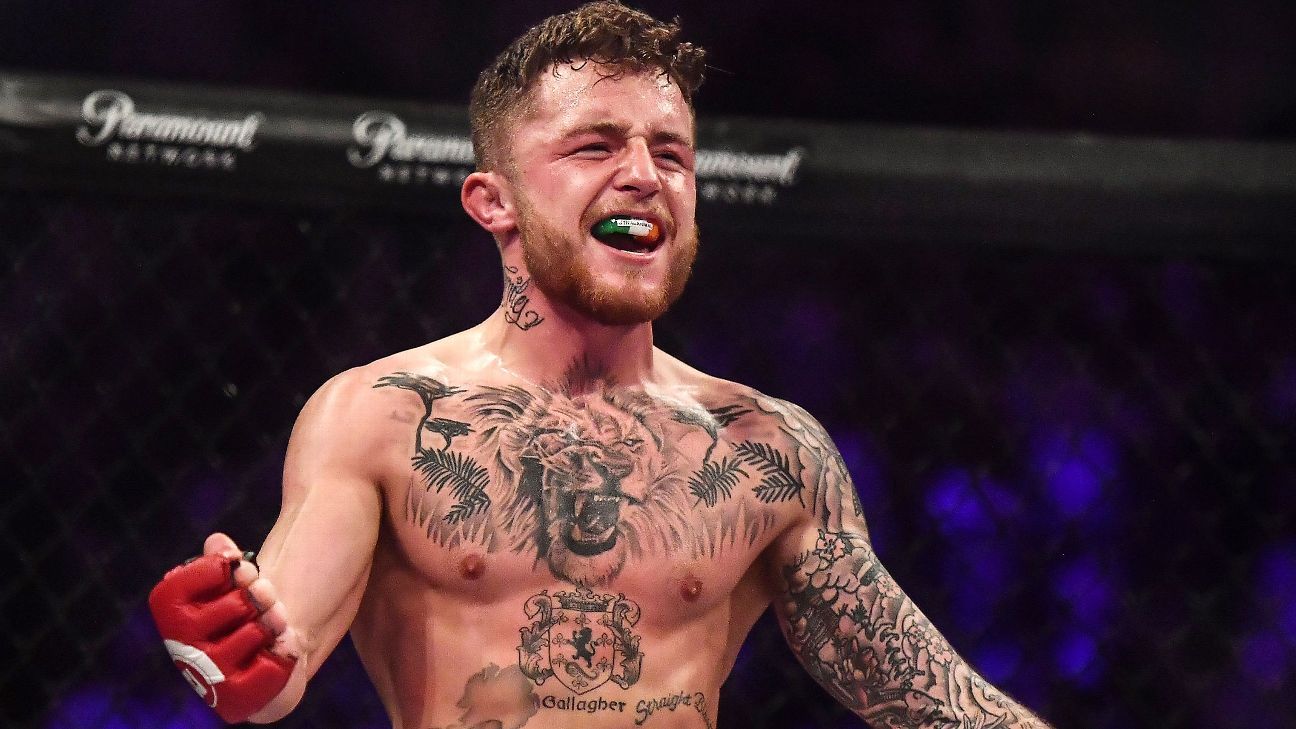 Bellator’s next show in Ireland will go on without its biggest draw.

James Gallagher is out of his scheduled main event with Cal Ellenor at Bellator 240 on Feb. 22 due to an undisclosed injury, the promotion said on Tuesday.

The new main event at 3Arena will be a women’s featherweight bout between Leah McCourt and Judith Ruis. Ellenor will not stay on the card.

Gallagher (10-1), a training partner and protégé of UFC star Conor McGregor, is one of Bellator’s hottest prospects. The Ireland native has won three straight — two by finish — to rebound from his first career loss.

Gallagher, 23, is 7-1 in Bellator. Ellenor (8-2) was supposed to fight Gallagher last September, but withdrew due to a potential brain injury. He was later cleared by doctors.

McCourt (3-1) is on a three-fight winning streak, the last two finishes under the Bellator banner. The 27-year-old Northern Ireland native trains out of Straight Blast Gym Charlestown under McGregor’s striking coach Owen Roddy.