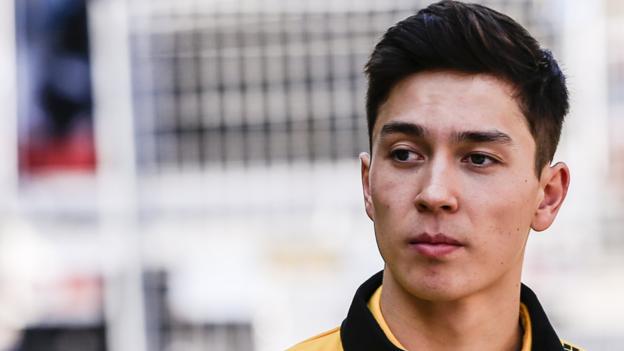 Briton Jack Aitken has joined Williams as its reserve driver this year.

The 24-year-old, Renault’s reserve and test driver for the past two years, will run in one practice session at a grand prix during the year.

He will attend all the races in his role, and could replace drivers George Russell and Nicholas Latifi if one of them is injured or ill and cannot race.

Aitken, who will also work in Williams’ simulator through the year, described joining Williams as “a great honour”.

Deputy team principal Claire Williams said: “It is obvious from what Jack has achieved so far he is a young driver with a great career ahead of him and we believe he has the right credentials to reach the top in the sport.

“Jack has proved his ability in FIA Formula 2 and GP3 and we look forward to seeing what he can achieve as the team’s official reserve driver.”

Aitken won three races in F2 last year on his way to fifth in the championship, and before that was runner-up in GP3 in 2017.

Williams team have been struggling for the past two seasons, finishing last in both 2018 and 2019, and last year were well adrift of the rest of the field.

Their aim for this season is to improve at least to the point where they can race regularly with other cars, which was usually not the case last year.