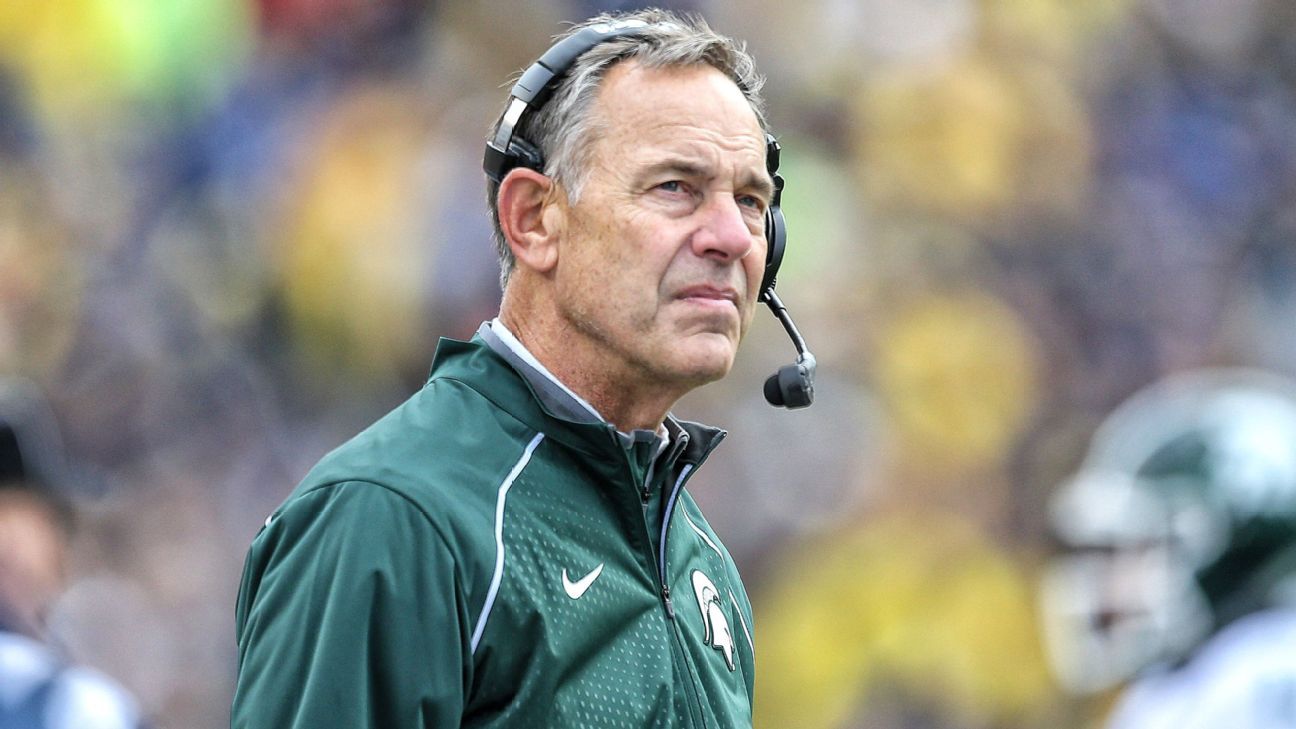 Michigan State coach Mark Dantonio announced he is stepping down.

“After much reflection and discussion with my family, I feel that it is now time for a change as we enter into a new decade of Michigan State Football,” Dantonio said in a statement.

A two-time Big Ten coach of the year, Dantonio has been at Michigan State since 2007 and is the program’s winningest coach with 114 victories. Since taking over the Spartans, Dantonio has won three conference titles and three division titles, while guiding the program through one of its most successful eras.

In November, the 63-year-old coach said he intended to stay head coach following a 44-10 loss to rival Michigan that was the team’s fifth straight loss overall. The Spartans rebounded to win their final two games and went on to win the New Era Pinstripe Bowl. Dantonio received a one-time $4.3 million retention bonus on Jan. 15.

Scandal, however, has marred the past few seasons.

Lawyers for former recruiting director Curtis Blackwell alleged that Dantonio committed multiple NCAA violations. Blackwell is suing Dantonio and others at Michigan State for wrongful termination. He says he was made into a scapegoat as the football program and the university responded to a series of sexual assault allegations in the early months of 2017. University police arrested Blackwell on suspicion of obstruction as part of a sexual misconduct investigation involving three former Michigan State football players in January 2017. He was not charged with a crime. He was suspended indefinitely in February 2017, and four months later, his year-to-year contract was not renewed.

When asked in the summer of 2017, Dantonio said Blackwell’s contract was not renewed due to “philosophical differences.” Blackwell believes he was let go so that the football program and university could blame him for a recruiting class that featured four players who were all convicted of crimes related to sexual incidents within their first year on campus. Blackwell says it was Dantonio’s decision — not his — to bring the most controversial of those players to East Lansing.

Information from ESPN’s Dan Murphy was used in this report.