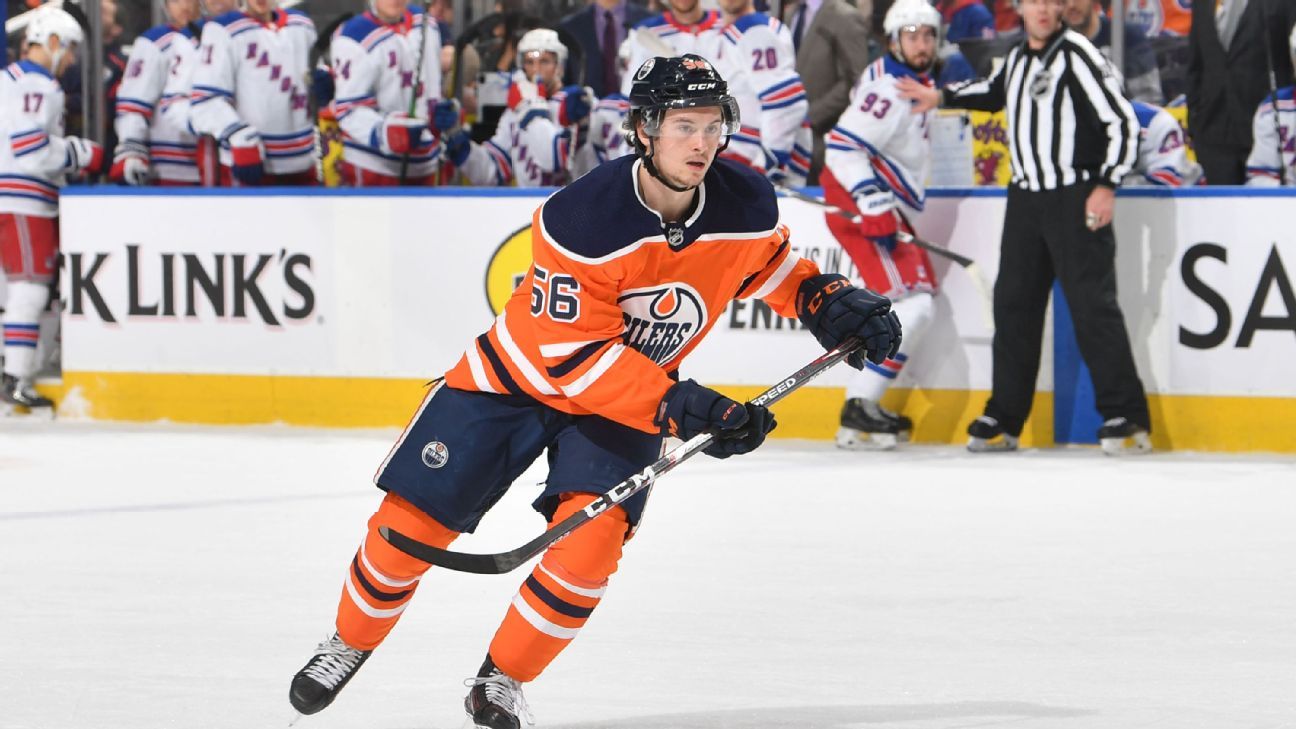 Every week, we’ll mine the waiver wire for lesser-owned assets to help your squad, whether you favor dynasty or the redraft format, and we’ll also toss in some tips for DFS players out there. Finally, we will look at some former go-to fantasy assets who may be overvalued — in the short term or long term — for one reason or another.

Kailer Yamamoto, RW/C, Edmonton Oilers (24.8%): Competing on a forward unit with Leon Draisaitl and Ryan Nugent-Hopkins has a discernible upside — as made evident by Yamamoto’s recent run of three goals and two assists (plus-six) in four games. Contributing at a near point-per-game pace since his promotion from the minors in late December, the 21-year-old is proving he can hang with the best. And serve as a valuable fantasy asset in all but the shallowest of ESPN.com leagues.

Nick Suzuki, C, Montreal Canadiens (21.9%): While I’m curious to see how Montreal’s lines shuffle once Jonathan Drouin returns — late this week/early next? — there’s little fault to find with the rookie’s current productive streak at four games and counting (six points). As long as he continues to center the Habs’ second line and power play, Suzuki deserves rostering in most conventional scoring leagues. Less so if he tumbles down the lineup. But, for now, coach Claude Julien has little cause to shift the 2017 first-round draft selection anywhere else.

Brandon Saad, LW/RW, Chicago Blackhawks (20.7%): Skating on a line with Patrick Kane and now rookie Kirby Dach — featured in this space last week — Saad has four goals (15 shots) in four games after sitting out a month with an ankle injury. As streaky as they come, the 27-year-old veteran definitely merits fantasy investment as long as he sticks beside Kane.

Missed an episode of the ESPN On Ice podcast with Greg Wyshynski and Emily Kaplan? Find all the episodes from the show’s catalogue here. Listen »

Joel Farabee, LW, Philadelphia Flyers (3.8%): Receiving attention in this space not long ago, the Flyers rookie merits another mention as an underappreciated asset in the ESPN.com fantasyverse. Skating on a forward line and power play with Sean Couturier and Jakub Voracek, the 19-year-old has four goals and two assists in five recent contests. This kid is just getting started and he already appears to be the real deal. I don’t get why he isn’t more popular.

Zach Sanford, LW, St. Louis Blues (2.8%): Widely available, Sanford is sizzling at present with seven points in five games. As long as he remains on a scoring line with David Perron and Ryan O’Reilly, the 25-year-old winger has a place in deeper conventional leagues. But if interested, don’t delay — he won’t likely fly under the radar much longer.

Matt Niskanen, Philadelphia Flyers (28.7%): Seeing heavy minutes altogether and serving on the Flyers’ power play, the experienced D-man is riding hot with a goal and five helpers in six games. Sitting second in blue-line scoring only two points shy of leader Ivan Provorov, Niskanen is available in nearly three-quarters of ESPN.com leagues. Unlike Provorov. Consider grabbing the 33-year-old if your own blue line could use a boost.

Carter Hutton, Buffalo Sabres (24.1%): So far, so good. Two games into reclaiming Buffalo’s net for his own, and Hutton appears his solid self of brighter days with a .942 SV%. Do I trust the 34-year-old to continue to impress against all comers, game in and out? Absolutely not. Not after his disastrous run through November and December. But fantasy managers with their own issues in net might consider rolling the dice on Hutton as a what’s-there-to-lose option. Linus Ullmark isn’t expected back from a leg injury for at least another three weeks.

James Reimer, Carolina Hurricanes (18.8%): Understudy to Petr Mrazek, Reimer is cobbling together a convincing case to see more and more action as the Hurricanes battle for a playoff spot in the tight Metropolitan division (only two points separating third and sixth spots). While Mrazek hasn’t been bad, Carolina’s backup has been stellar, boasting a .957 SV% over his past four starts, including a 41-save shutout win versus the Kings. If Mrazek stumbles at all, coach Rod Brind’Amour won’t hesitate to ride the hotter hand. At minimum, Reimer makes for an attractive daily fantasy option in the meanwhile.

Brian Elliott, Philadelphia Flyers (16.8%): We’re getting at least one more week of Elliot while Carter Hart continues to recover from an abdominal issue. Which includes games against the Red Wings and Devils. I like the veteran netminder — who’s been mostly solid this past month — as a daily fantasy asset in both of those meetings. Particularly Monday’s tilt in Detroit.

Tuukka Rask, G, Boston Bruins (95.6%): Only because he’s projected to play part time until we hit the playoffs. The Bruins have been clear with their intentions to split the workload between Rask and Jaroslav Halak — who’s been great of late — in an effort to save their No. 1 for a hoped-for lengthy postseason run. Not an ideal fantasy scenario, outside of daily formats.

Sources: LeBron (foot) to return, play at Garden
Signing day preview: Which recruits are still available and what to expect Wednesday
Sky Sports to broadcast all World Cups in UK from 2024-2031
NFL tells teams cap will be $224.8M, source says
Lillard drops mic on Jazz with 60-point outburst