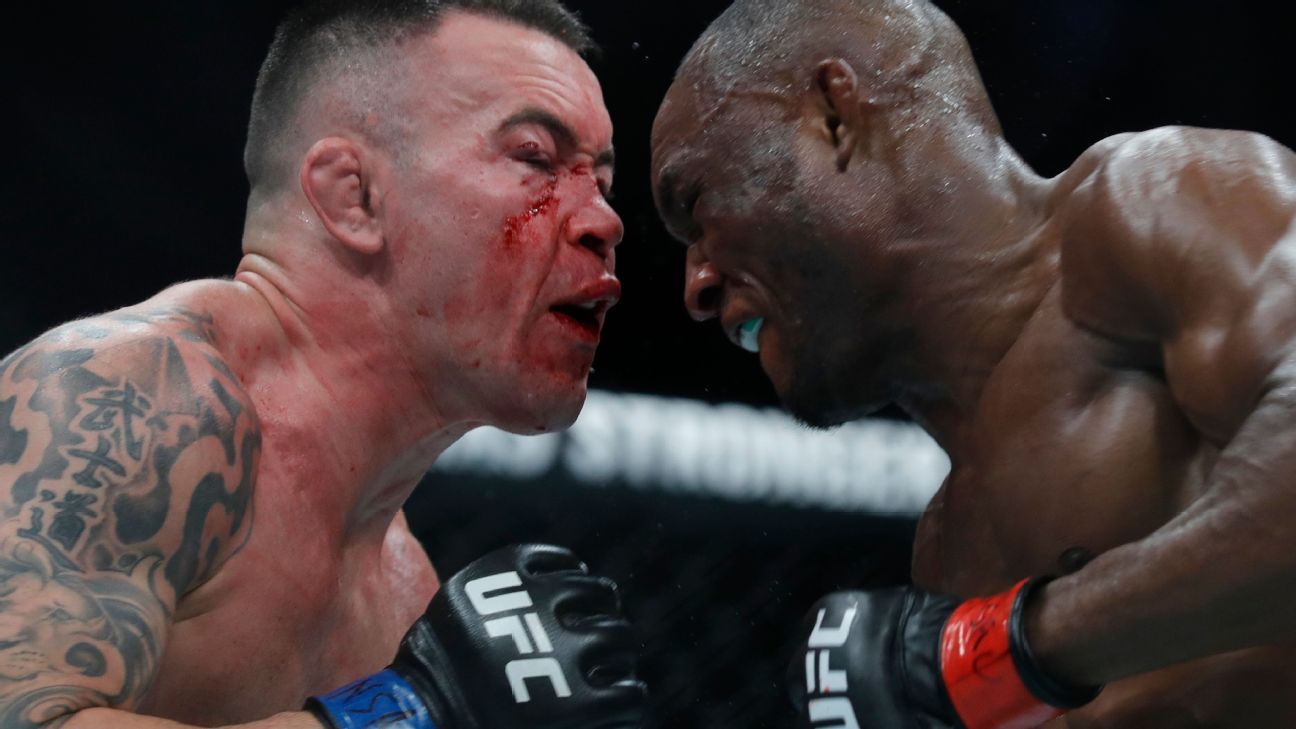 Colby Covington says he did not break his jaw in a welterweight title fight at UFC 245 against Kamaru Usman. And he wants an immediate rematch after feeling robbed in the Dec. 14 bout.

Covington said Monday on Ariel Helwani’s MMA Show that it’s “world championship or bust” for him next. He said he’d be open to another massive money fight if the UFC offered him that, but he was not hopeful that would occur. So, in that case, he said he would sit out until the UFC gives him another bout with Usman. He believes there will be a “sequel and a trilogy” between him and Usman.

“I’m fighting for a world championship or I might not ever fight again,” Covington said. “We’ll see.”

Covington said he did not break his jaw in the fight, a fifth-round TKO loss to Usman. The UFC reported that night that Covington “suffered a non-displaced midline mandible fracture.” It was a very close fight until the stoppage.

“Nah, I didn’t break my jaw in the fight,” Covington said Monday.

But he was furious that the audio of what he told his corner between the third and fourth rounds made the UFC 245 broadcast. Covington said he believes him telling his coaches that he might have broken his jaw got back to Usman and gave him confidence heading into the late rounds. The corner sequence was talked about on the broadcast and quickly made it to social media. Covington was ahead on the scorecards at that point.

“That kind of information gets out real quickly,” Covington said. … “It’s just not fair, man. They need to run this back.”

The audio was part of a wider scope of things not going his way, Covington said. He blasted referee Marc Goddard for stopping the action for fouls — an eye poke and low blow — that Covington said he did not commit. And he said the referee should not have ended the fight when he did. Covington said Usman was illegally hitting him to the back of the head in the fight-stopping sequence and he was just trying to protect himself.

Covington said Goddard should never referee another UFC fight and Usman is “not a man” if he accepts winning a bout like that.

“If [the fight] is not run back, it’s a very corrupt business and it’s a fix,” Covington said.

Covington also turned his ire to rap mogul 50 Cent, who slammed Covington on social media following UFC 245. Covington said he wants to fight 50 Cent in a celebrity boxing match for charity and would give his purse to a charity for U.S. military.

“I’m gonna tie one hand behind my back,” Covington said. “I’m gonna fight 50 Cent. I’m gonna put up one million of my dollars.”

But in the UFC, Covington wants that rematch against Usman. UFC president Dana White said last week that the promotion is targeting Usman’s next title defense to be against Jorge Masvidal (Covington’s former friend and now hated rival) in July. Covington said Usman is looking for an “easier fight that he has a legitimate chance to win.”