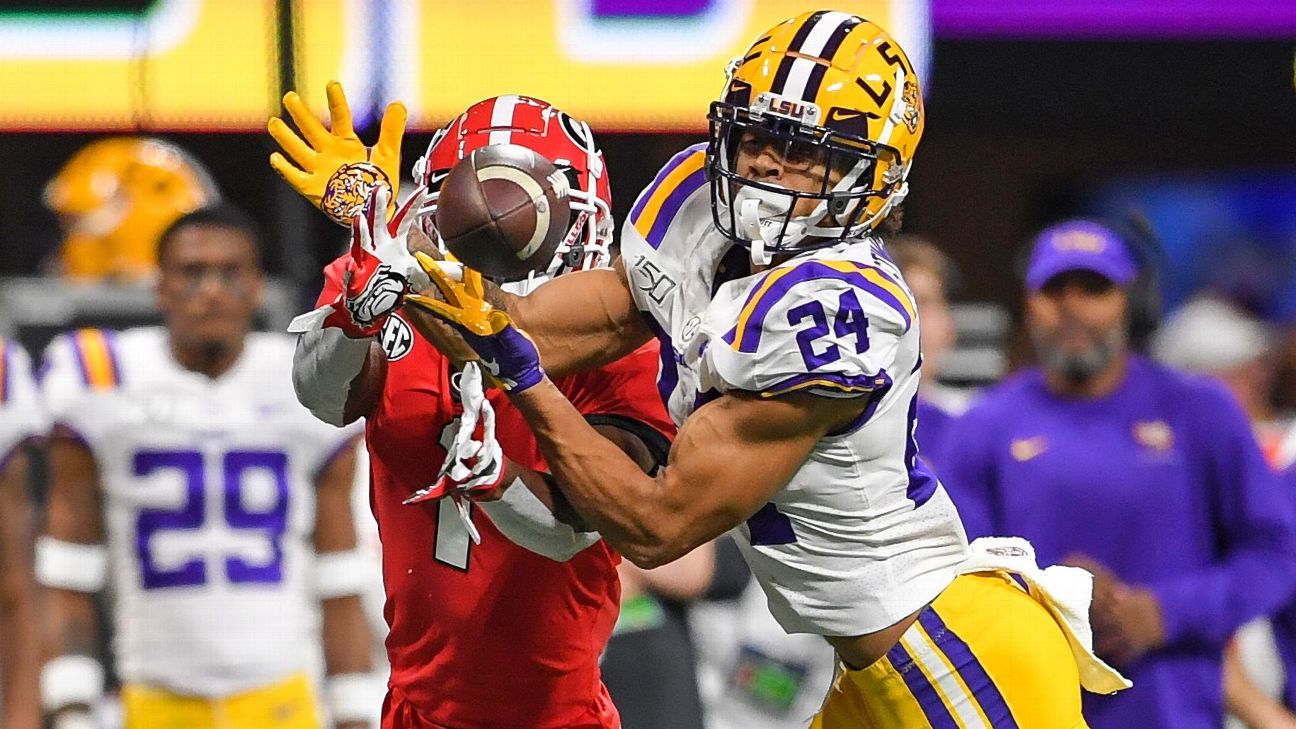 Recruiting is the biggest piece of the puzzle in building a college football dynasty. If you win the recruiting battle, you can get a clear head start over other dominant programs.

Some programs are forced to rely on their true freshmen more than others. Sometimes that pays off, and sometimes it doesn’t. Obviously, it takes time for top recruits — or any recruits, for that matter — to develop, but every year, there are a handful of rare athletes who make an immediate impact from Day 1 as true freshmen.

PFF has unveiled its wins above average metric in recent weeks (PFF WAA), and we used it to rank the top 10 true freshman classes from the 2019 college football season.

Why they’re ranked here: Joe Burrow got all the hype — and rightfully so — but the dominance of true freshman cornerback Derek Stingley Jr. was a bit overlooked because of it. Stingley finished the season as the second-most valuable LSU Tiger in the team’s title-winning run, and he ended up as the most valuable non-quarterback in the country. LSU, which is often referred to as “DBU,” had another impact true freshman cornerback on the field in Cordale Flott, who was also stingy in coverage. On his 153 coverage snaps, Flott allowed just eight of 25 targets to be caught, and he produced five pass breakups.

How their top recruit fared: Five-star running back John Emery Jr. was LSU’s top recruit from the 2019 class. With Clyde Edwards-Helaire on the roster, Emery saw just 39 carries, but he was incredibly elusive when he saw the field, producing 0.33 broken tackles per rush attempt. In the receiving game, however, Emery saw nine targets and dropped two of those. Although he needs to improve within the passing game, his elusiveness shined there, too, with three broken tackles on six catches.

Best true freshman: Not only was Stingley the best true freshman on LSU’s roster, but he was also the best true freshman in the country. He was the most valuable non-quarterback in WAA not just in the 2019 season but since PFF College’s inception in 2014. Stingley forced tight coverage on 75.5% of his targets, which was the second-highest rate in the FBS and more than 25 percentage points higher than the average. On those tight coverage targets, Stingley allowed just 20 catches from 71 total targets while intercepting six passes and forcing 20 incompletions. He’s the definition of a lockdown corner.