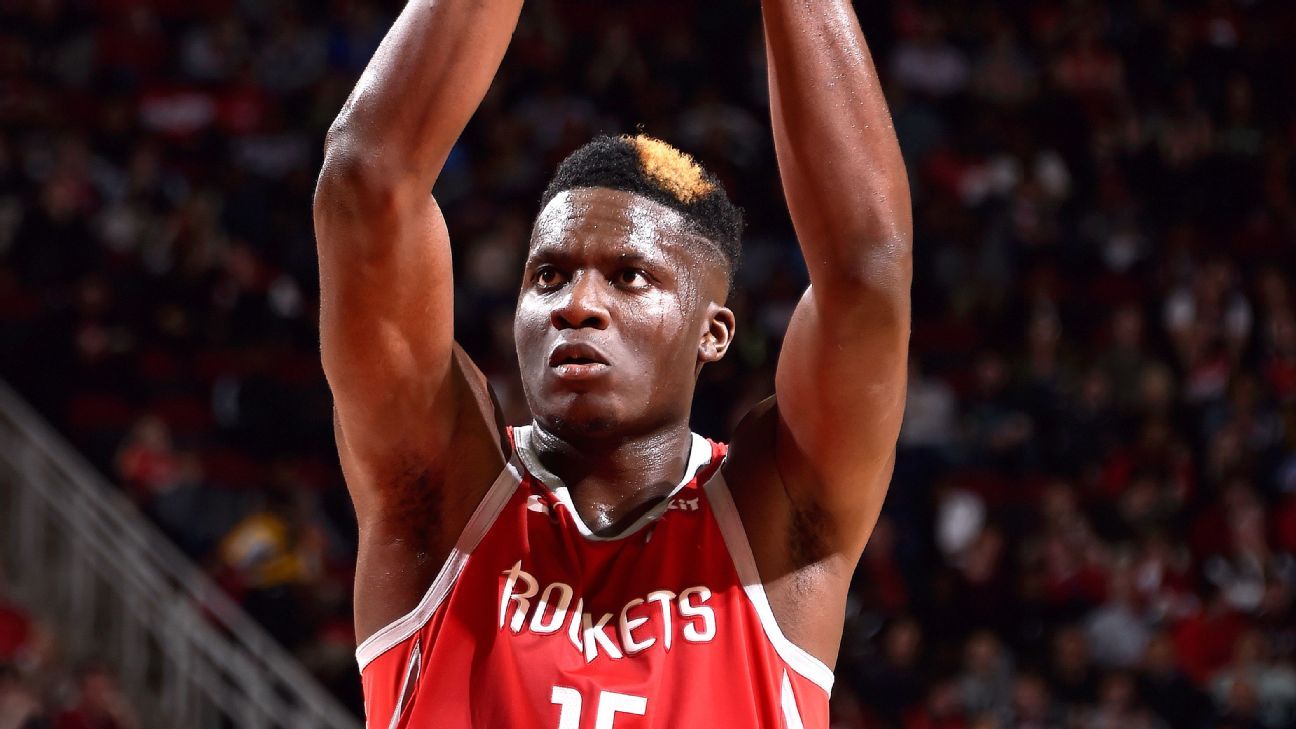 The Rockets are engaged in three-way trade possibilities that might allow for them to use Capela to gather the draft assets needed to acquire an impact wing player, league sources said.

In talks around the league, the Rockets are expressing hope they can find a deal — or a series of deals — that would bring them back a wing and a center for Capela by Thursday’s 3 p.m. ET trade deadline, sources said.

The Rockets are 31-18 and fifth in the Western Conference standings.

Atlanta has been interested in acquiring a starting level center and has talked with Houston about Capela and Oklahoma City about Steven Adams, league sources said. Atlanta’s talks with Detroit about center Andre Drummond lost momentum in recent weeks.

Capela, 25, is the most valuable trade asset available on the Rockets’ roster, and the cost certainty and control of his contract is appealing to teams.

He’s averaging 13.9 points and 13.8 rebounds a game for the Rockets. He has missed three straight games with a heel injury.