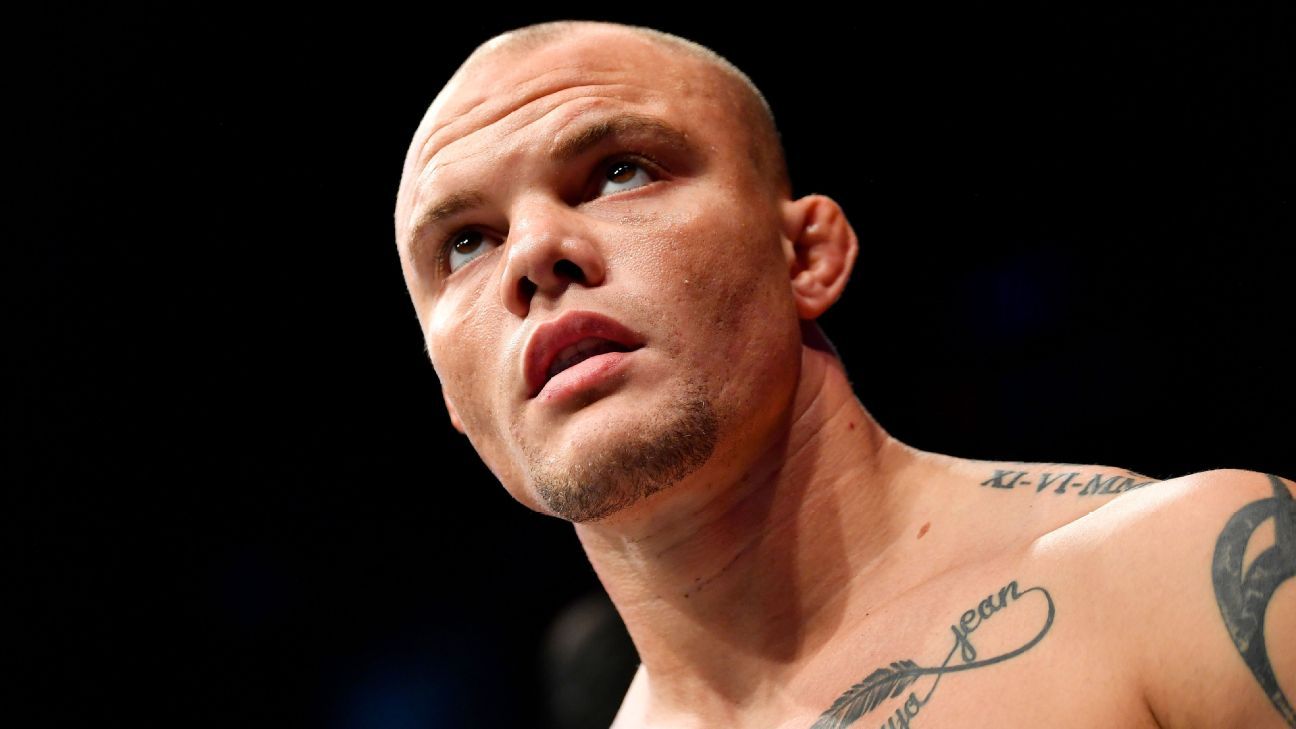 UFC light heavyweight contender Anthony Smith said Monday he was ready to have his left index finger amputated in order to keep fighting. Scar tissue that built up after two surgeries prevented him from closing his hand following his win over Alexander Gustafsson on June 1, 2019.

“We were going to amputate my pointer finger, because all the scar tissue was grabbing onto the ligament and not allowing it to close and slide back and forth,” Smith said on Ariel Helwani’s MMA Show. “So the idea was if we amputated the finger and screwed those ligaments to that bone after it healed, then I could use the other three fingers and my thumb to grapple. And there would still technically be a knuckle there so I can still punch.”

Smith, who is ESPN’s No. 3-ranked light heavyweight, said his wife and two UFC employees wanted him to explore other options, so he had a physical therapist apply electricity to crush the scar tissue and force the hand to close.

“Once we tore through all the scar tissue that first time, then we just did that every single day until I was able to get the movement back in it, and now it’s good,” he said. “I’ve probably been able to close it for probably two months.

“It’s as good as it’s going to get. My strength and ability to use it is 100 percent, but my hands are messes anyway. I have lots of scar tissue, lots of arthritis. It’s sore in the morning and the cold weather in Nebraska doesn’t help at all. Once it gets moving, it loosens up and feels all right.”

Smith credits the physical therapist with saving his finger, although he said he was ready to make the sacrifice for his fighting career.

“I was ready to say, ‘Screw it all, I’m sick of all this rehab stuff.’ I was ready to get back to fighting, and cutting my finger off at that time was the fastest way,” Smith said.

Smith’s next fight is against Glover Teixeira on April 25 in his hometown of Lincoln, Nebraska.

“I’m excited to get back and do what I do best,” Smith said of fighting.