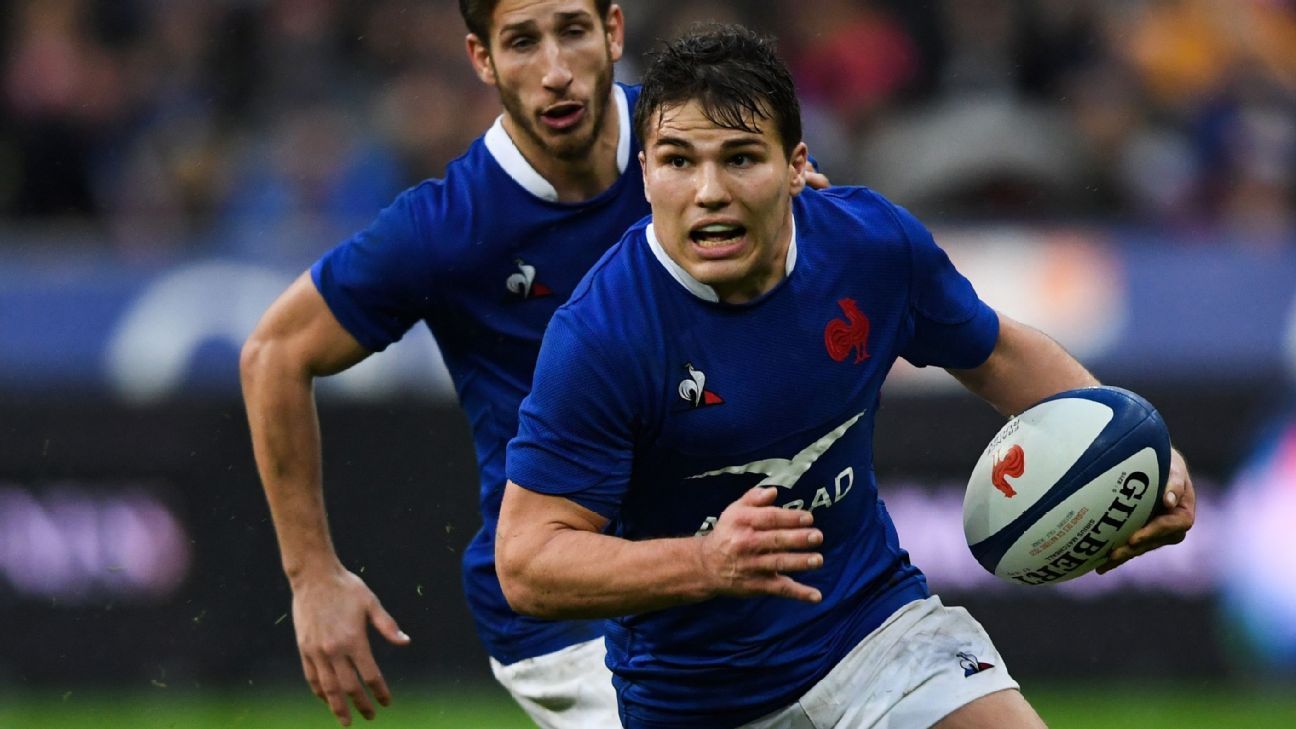 That was quite a weekend of Six Nations rugby. You may have had two — or even all three — results pegged before kick-off, as Wales and Ireland did what was expected… But surely no one could have foreseen the French revolution that downed England, even with all those exciting young players in Les Bleus’ ranks.

Here it is, then, ESPN Fantasy Rugby’s team of the week. Scotland fans probably have the right to be a little disappointed after their side gave Ireland a real scare and could easily have won in Dublin for the first time in 10 years — Finn who?

Not France’s first-choice hooker, but Marchand started after Camille Chat’s injury in the week leading up to Sunday’s game. His lineout throwing looked a little shady, and neither hooker got their darts right. But he did all the other hooker work admirably and is hard to stop with ball in hand.

Yes, a second hooker — ESPN Fantasy Rugby allows for it, in the same way it allows for three wingers. To be honest, George has been better. But, then, most of the England team have been better than they were at Stade de France on Sunday.

Saturday at the Aviva wasn’t the easy shift it was expected to be for Ireland’s front row, as Scotland came to play. But, tight-head Furlong did what had to be done at the scrum and round the fringes.

From anthem to whistle, the legend did as legends do. Wyn Jones made tackles, was a nuisance at the lineout and grafted endlessly. The result? His 35th Six Nations win, putting him at the top of the Welsh championship victories list, ahead of JPR Williams and Gethin Jenkins.

Big in defence, a couple of very useful lineout steals and a thumping tackle on Sean Maitland were the highlights of another tidy day’s work from the Ulsterman.

France have waited years for the supremely talented Charles Ollivon to stay fit for longer than two minutes. Two tries in his first outing as France skipper is a pretty good return for a player who deserves a good long run.

Look around for rugby know-alls currently staring down at the floor, shuffling their feet and keeping very quiet. Chances are they were among those writing-off Stander before the tournament kicked off. The Irishman switched position early on, because of Caelan Doris’s injury, and was the best player on the pitch for 80 brutal minutes.

His performance didn’t get the Fantasy Rugby points this week that his on-pitch brilliance merited. Admittedly, he’ll play worse and score many more in stats-based games like this — but it’s only right and proper that he makes ESPN’s Fantasy Team of the Week.

Biggar’s through-the-legs pass to set up Josh Adams’ second try will make this season’s Six Nations’ end-of-tournament highlights reel — but that was just one moment in a performance that was as assured as it was high in quality.

Tompkins didn’t start, which is probably why so few of you had him in your team — but to come on, make a telling pass, go off, come back on and score a try is a pretty decent outing for your first at the Principality.

After a quiet start, the Connacht centre brought his ever-muscular game to bear — and proved there’s much, much more to him than Ireland’s Manu Tuilagi-lite.

Scoring a hat trick will always do your Fantasy Rugby points totals the power of good, and Adams is very good at scoring tries. He now has 14 of them in 22 internationals, which moves him above JJ Williams’ in Wales’ all-time touchdown league.

A rare light in a pretty dismal day for England on the pitch, May’s two second-half tries — the result of individual brilliance rather than team performance — added a thin veneer of respectability to the scoreline for Eddie Jones’s men, who head back to Pennyhill Park with a losing bonus point to ease their battered egos.

A try, an assist and 62 metres run with ball in hand, the La Rochelle winger more than justified his return to French colours three years after his last cap with an impressive performance in his first-ever start in just his fourth international. Maybe a few of you should pick him against Italy next weekend, if Damien Penaud isn’t fit in time.