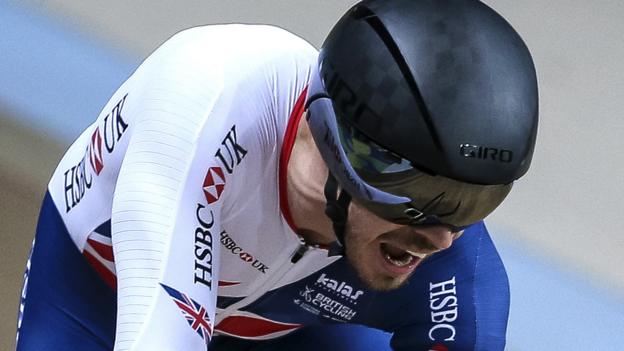 The 33-year-old rode a lap clear to triumph in the scratch, sealing the overall omnium title in the process.

Sophie Thornhill and Helen Scott earned their second gold with victory in the women’s tandem sprint.

James Ball and Lewis Stewart then triumphed in the men’s final.

Ball and pilot Stewart edged out compatriots Neil Fachie and Matt Rotherham in the gold medal race, having narrowly lost to the pair in the tandem time-trial final on Saturday.