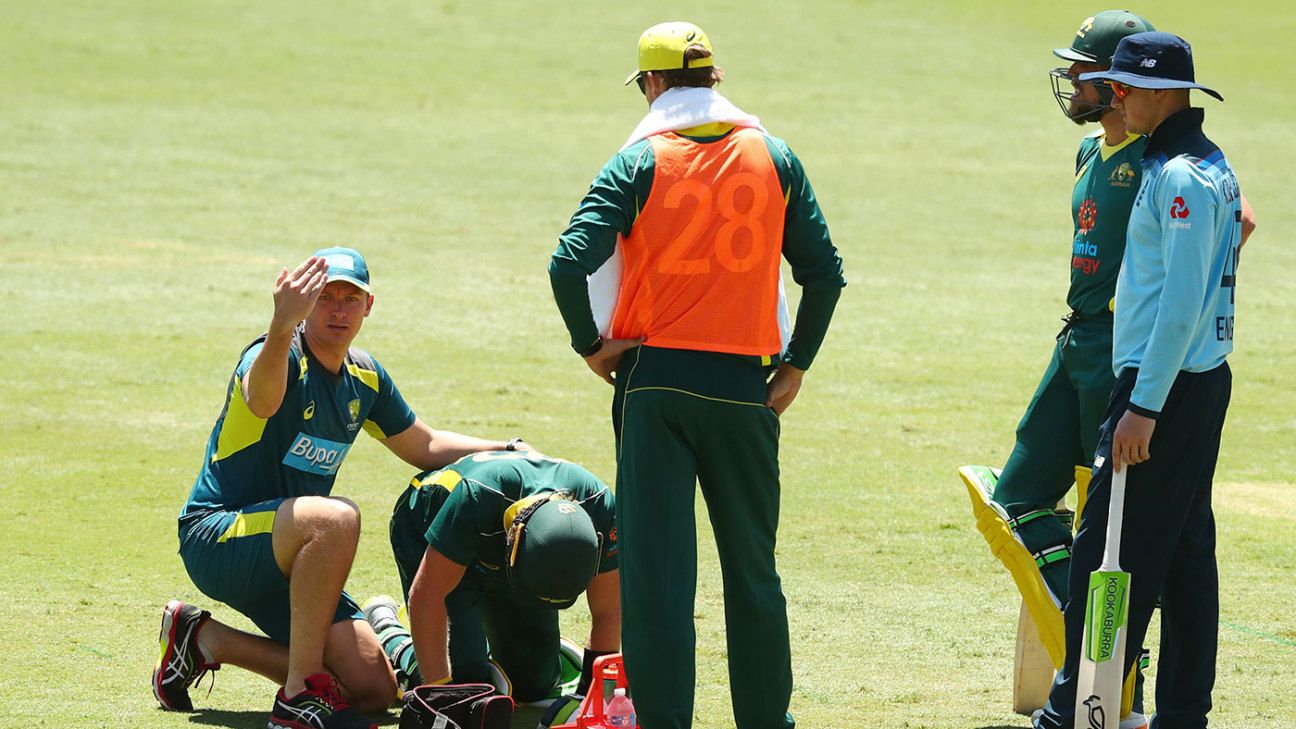 Marcus Harris has been called into the Cricket Australia side for the remaining one-day matches against England Lions after Will Pucovski was ruled out with concussion.

Pucovski retired hurt in the opening game at Metricon Stadium on Sunday after stumbling and hitting his head while taking a run when his bat got stuck in the turf on the edge of the drop-in wicket.

He was later subbed out of the game under concussion protocol and has now been withdrawn due to the short turnaround to the games on Tuesday and Thursday.

However, Pucovski was in good spirits after the incident, which happened on his 22nd birthday, and was pictured in the dressing with a cake.

It was the latest in series of concussions that he has suffered in his short career, stemming from an initial blow he took when playing football at school which meant he had spent six months away from sport.

Jake Lehmann, who took over the captaincy on Sunday, will lead the side in the remaining two matches. Harris, who lost his Test place after the Ashes, played nine matches in the Big Bash for Melbourne Renegades just making 119 runs at 13.22

Pucovski will hope to be available for the resumption of the Sheffield Shield on February 14 when Victoria take on New South Wales at the SCG.

Warriors’ Curry (knee) exits in 2nd half; MRI next
Red Bull boss Christian Horner says sport ‘should never be political tool’ and calls for ‘balance’
Way-too-early tennis rankings and predictions for the rest of 2023
RB Mixon has warrant out for menacing charge
‘Mate, we can do it. I have full faith in ourselves’