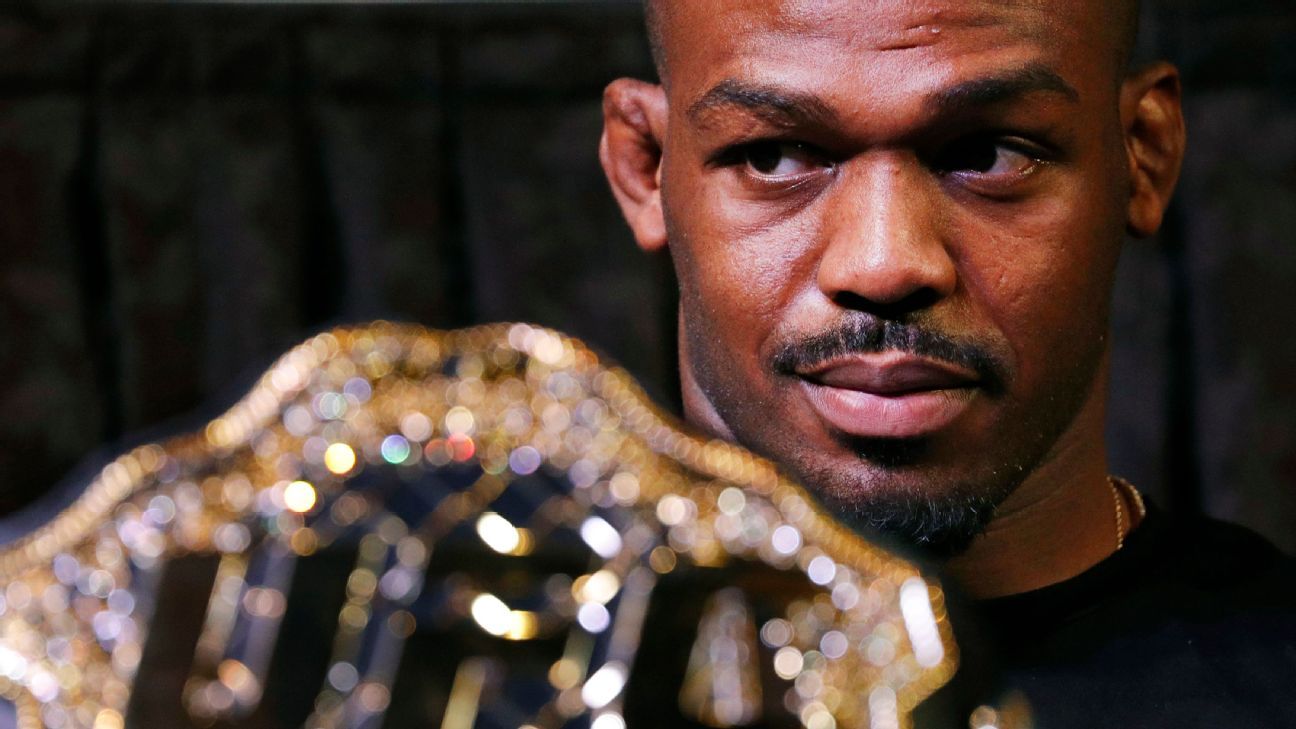 If UFC light heavyweight champ Jon Jones successfully defends his title Saturday against Dominick Reyes at UFC 247, his postfight callout could feature a name outside of his division.

“I feel like I really want to fight [heavyweight champion] Stipe Miocic,” Jones told ESPN in an interview that aired Monday on Ariel Helwani’s MMA Show. “I feel like I could beat him.”

Jones didn’t say it was necessarily the next fight he would pursue, and part of the reason could be Miocic’s uncertain future. Miocic is still recovering from eye surgery, and his agent said there is no timetable for his return. The UFC wants Miocic to fight Daniel Cormier next. They split their first two fights, and Cormier said he’ll retire after the trilogy is complete. But Cormier recently told ESPN that if the fight isn’t booked by summer, he might stop waiting and just retire.

Jones has talked about fighting at heavyweight before, and during a news conference in December for his Reyes fight, Jones said that he had tried to get a Miocic bout but that the UFC wanted the Cormier trilogy.

“I feel like I could totally beat him, just based on his performances with DC, our speed differences, my fight IQ, my versatility, my faith and confidence,” Jones told Helwani. “I think I’m the guy to beat him, for sure. And I want to strike while I’m feeling hot.” Jones said he wouldn’t need another fight before challenging for the title. Other heavyweight contenders might have a problem with Jones jumping the line, but the magnitude of the event is likely something that would appeal to the UFC.

“I don’t think I would need a tuneup,” Jones said. “I’m pretty tuned up. I’m pretty in tune. I feel great, I feel strong already.”

Jones would be stepping up from the 205-pound light heavyweight limit to face Miocic, who fights around 230.

Jones said he’d probably go back down to 205 after fighting at heavyweight and mentioned Corey Anderson and Johnny Walker as possible opponents down the line. He is not interested in fighting middleweight champ Israel Adesanya, who has talked about moving up and challenging for Jones’ belt in 2021.

“I’m so far ahead when it comes to, I mean, you name it, in every sense of this game, I’m so far ahead of this kid,” Jones said of Adesanya. “So the fact that I am even talking about him right now, I’m just going to stop.”