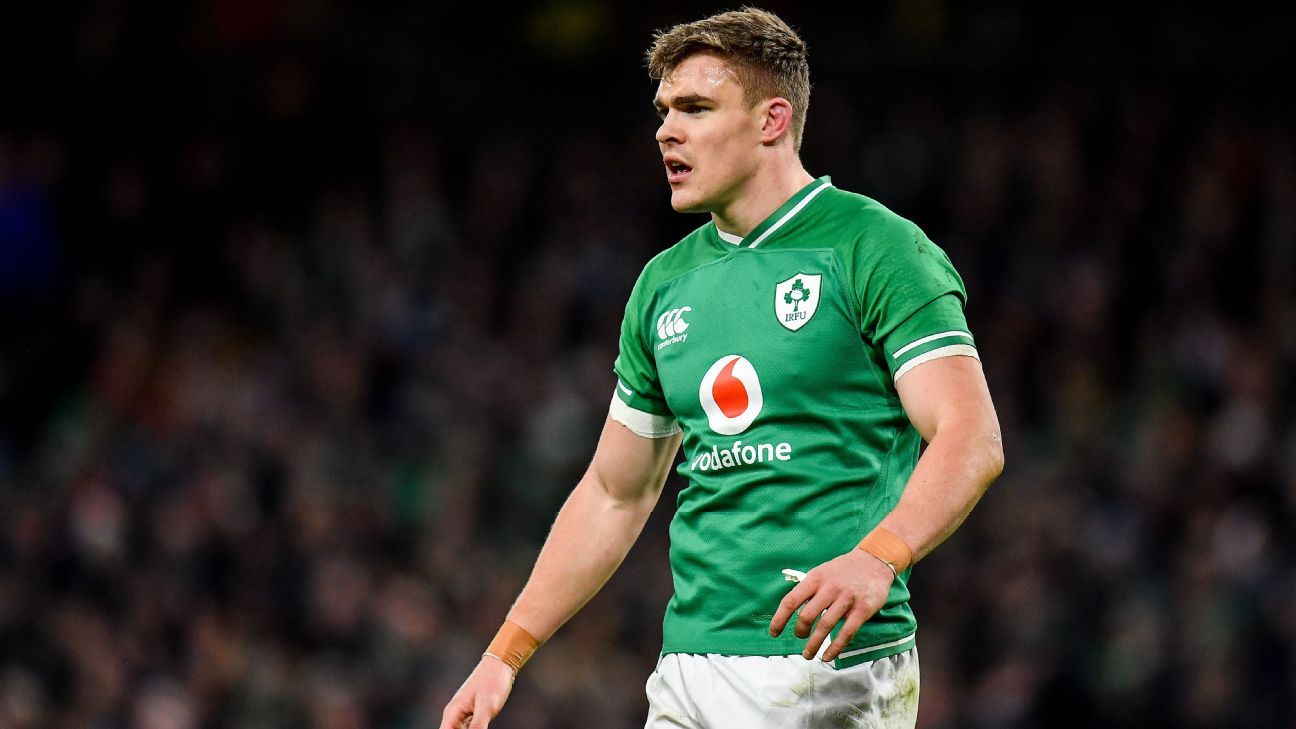 Ireland centre Garry Ringrose has been ruled out of his side’s next two Six Nations fixtures against Wales and England with a finger injury.

Ringrose suffered a broken finger in Ireland’s 19-12 victory over Scotland in their Championship opener on Saturday.

Ringrose, 25, was replaced by Robbie Henshaw at half-time against Scotland and has since had a scan on the injury.

Ireland host Wales on Feb. 8 before travelling to Twickenham to take on England on Feb. 23.

Forwards Caelan Doris and Dave Kilcoyne are also in doubt for next weekend’s game, with the pair set to go through return-to-play protocols after being substituted on Saturday following blows to the head.