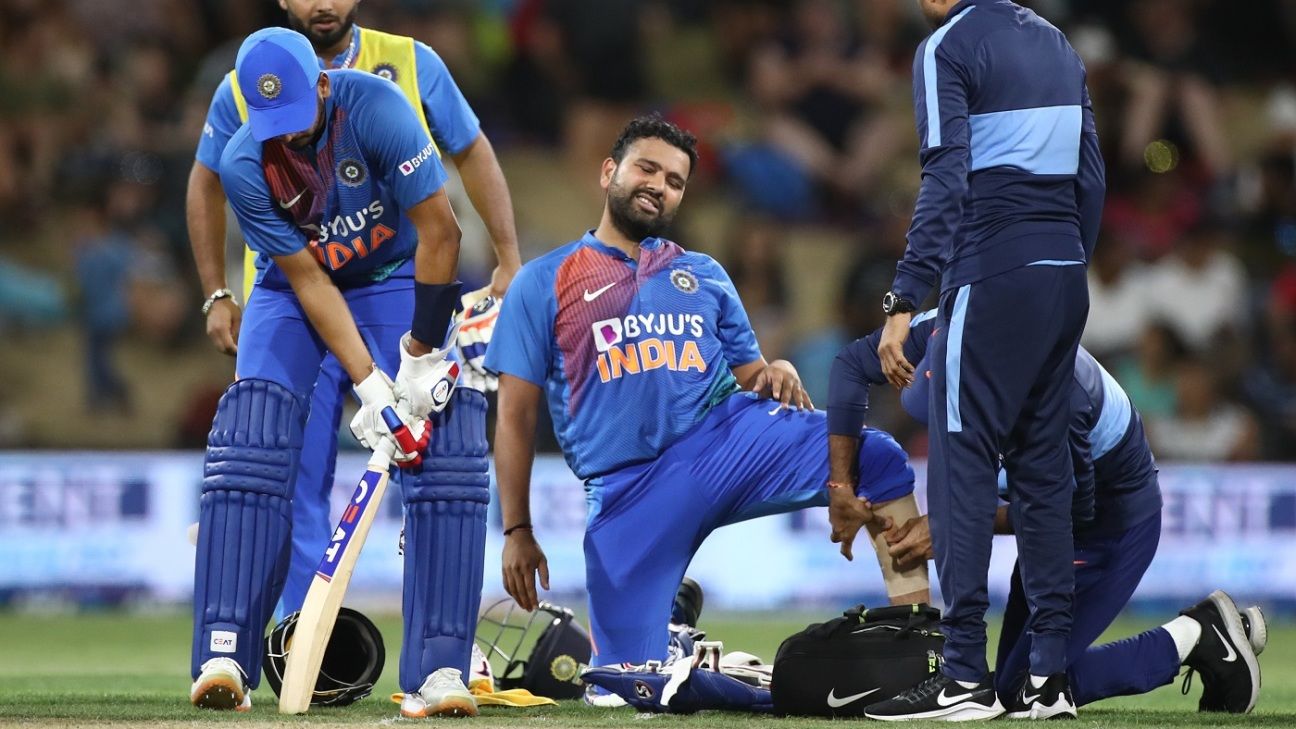 India have suffered a big setback ahead of the ODI and Test series against New Zealand, with Rohit Sharma ruled out of the remainder of the tour because of a calf injury.

The injury took place when Sharma, leading India with Virat Kohli rested, was batting in the fifth and final T20I in Mount Maunganui on Sunday. He was on 54 at the time, and was treated on the field by the team’s physio, but opted to continue batting. He hit a six, off Ish Sodhi, but was forced to retire hurt soon after, having reached 60.

Sharma is one of the primary openers across formats for India, and the selectors are likely to look for his replacement(s) in the India A contingent, which is currently playing a four-day series against New Zealand A with the likes of Prithvi Shaw (who replaced Shikhar Dhawan in the ODI squad) and Shubman Gill in their ranks.

The three-match ODI series against New Zealand starts on Wednesday in Hamilton, followed by matches in Auckland and Mount Maunganui. The final leg of the Indian tour, comprising two Tests, will commence on February 21 in Wellington and move to Christchurch, where the second Tests starts on February 29.