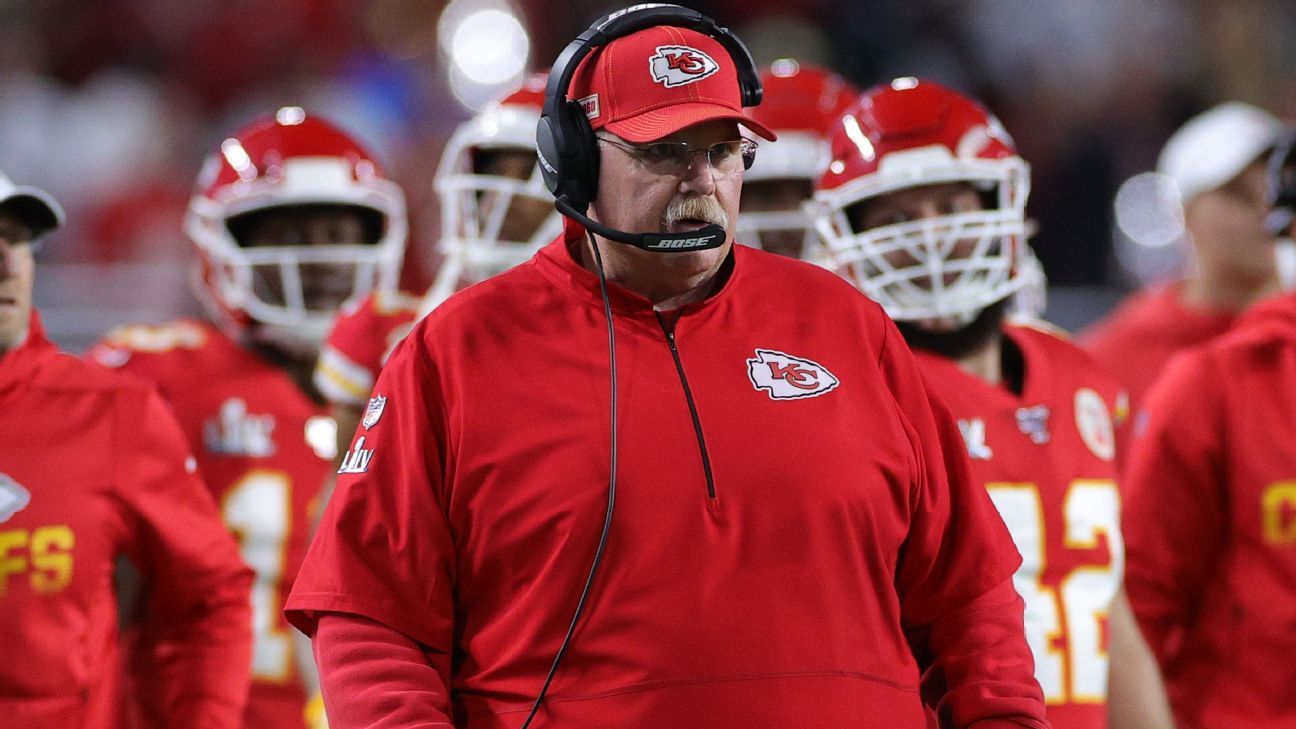 MIAMI GARDENS, Fla. — Andy Reid’s 222nd win turned out to be the biggest of his 21-year NFL career.

The Kansas City Chiefs‘ 31-20 victory over the San Francisco 49ers in Super Bowl LIV means Reid is no longer the winningest head coach without an NFL title. Reid is sixth on the NFL’s all-time wins list. He has 207 regular-season wins and now 15 in the postseason.

“This is what it’s all about,” Reid said. “What a great team, great coaches. Appreciate every bit of it.”

Marty Schottenheimer, who coached the Chiefs and three other NFL teams, is now the winningest coach without a title. Schottenheimer won 205 regular-season and playoff games.

Reid’s credentials to make the NFL’s Hall of Fame seem to now be in order. Despite his longevity, Reid could have been left out without winning a title. No NFL coach in the Super Bowl era has made the Hall without winning a championship except for Marv Levy, who took the Bills to four straight Super Bowls in the 1990s.

Reid spent the first 14 seasons of his NFL head-coaching career with the Philadelphia Eagles and the past seven with the Chiefs. His teams reached the playoffs 15 times, with 10 division titles, and reached a conference championship seven times, but Sunday’s game was his only his second Super Bowl.

“I’m humbled by it,” Reid said during Super Bowl week. “Very humbled by it. I have great guys here. Friends likewise around the league. Been doing it a long time. This is about this team, the guys that have worked so hard to get where they are. The players, the coaches, the organization. It’s a team effort even getting to this position.”

Reid, whose Eagles lost Super Bowl XXXIX to the New England Patriots, was a sentimental favorite around the league to win Super Bowl LIV. After the game, his former team saluted him for Sunday’s win.

Two of Reid’s former assistant coaches have won a Super Bowl: John Harbaugh with the Baltimore Ravens and Doug Pederson with the Philadelphia Eagles.

“I’m so happy for our players, coaches and fans. And especially Andy Reid. Nobody deserves this trophy more than Andy Reid,” Chiefs owner Clark Hunt said.