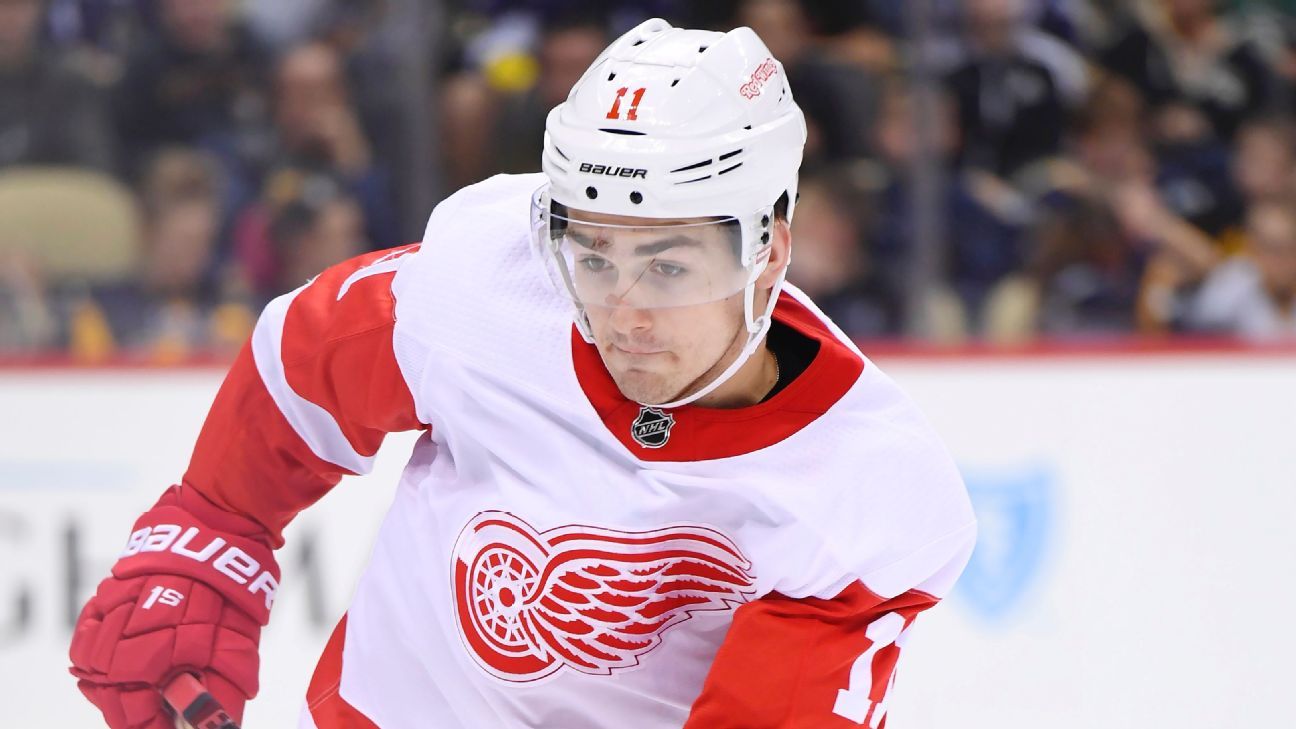 Zadina, 20, a rookie with eight goals and 15 points, has been a pleasant surprise in an otherwise dismal season in Detroit. He was injured in a 4-2 loss to the Rangers in New York Friday and battled through it Saturday, in a 1-0 loss to those same Rangers in Detroit.

Zadina was the No. 6 overall choice in the 2018 draft. He has played 28 games this season, and has occupied space on Detroit’s No. 1 line, alongside Dylan Larkin and Tyler Bertuzzi.

Forward Andreas Athanasiou, who has missed three weeks with a lower-body injury, practiced with the Red Wings on Sunday, and could be in the lineup, in place of Zadina, on Monday, when the Red Wings take on the Flyers in Detroit. Athanasiou, 25, has missed the last 13 games since the injury came in a 2-1 loss Dec. 29 at Tampa Bay. He has five goals and 19 points this season.

The Red Wings have lost eight in a row and are last overall in the NHL with 28 points.