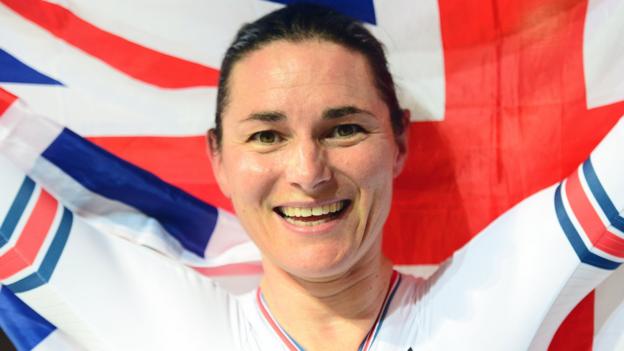 Storey won three golds on the day, also taking victory in the omnium ahead of team-mate Crystal Lane-Wright.

Neil Fachie and Matt Rotherham won gold in the men’s event, ahead of James Ball and Lewis Stewart in a British one-two.

“It feels amazing – to win three in one day is just a bit of a dream to be honest,” Storey said.

“I’m really pleased with my form and the work I’ve been doing in the chamber and on the road – I’m delighted.”

Storey narrowly edged out Lane-Wright in the individual pursuit gold medal race, before going on to win the 33rd world title of her career, which spans cycling and swimming.

The scratch race was the final event of the four-race omnium, which Storey led following wins in the pursuit and flying 200m, with Lane-Wright’s late attack in the 40-lap race enough for second.

Thornhill and Scott also successfully defended their title in the 1,000m time trial, narrowly missing their own world record in beating the Netherlands’ Larissa Klaassen and Imke Brommer by more than two seconds.