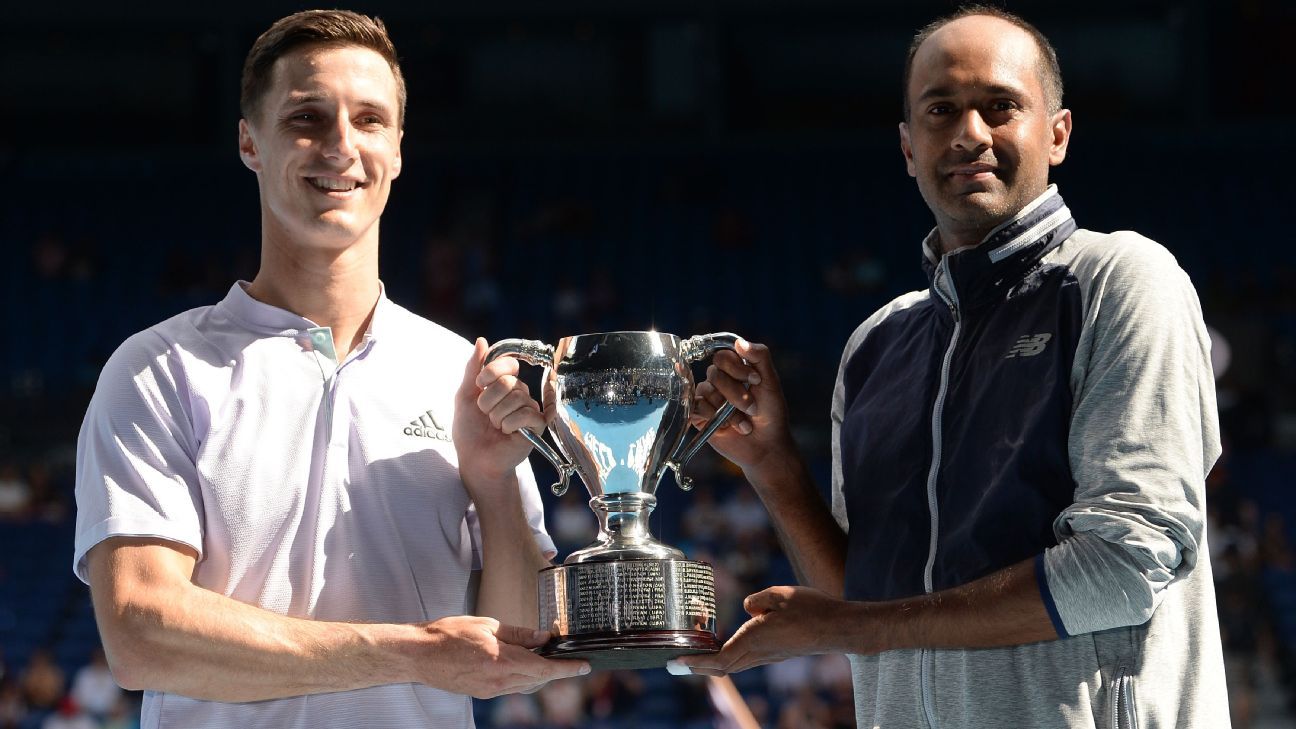 The 11th seeds were in total control from early in the opening set to beat Australian wildcard pair Max Purcell and Luke Saville 6-4, 6-2 in just 70 minutes in Rod Laver Arena.

Ram, 35, is the first American man to win the Australian Open doubles title since the Bryan brothers in 2013. Jamie Murray was the last British champion, winning the 2016 title with Brazil’s Bruno Soares.

This was Salisbury’s first Grand Slam final. He has a 2-2 win-loss record in ATP finals, capturing his two career titles with Ram in Dubai and Vienna last year.