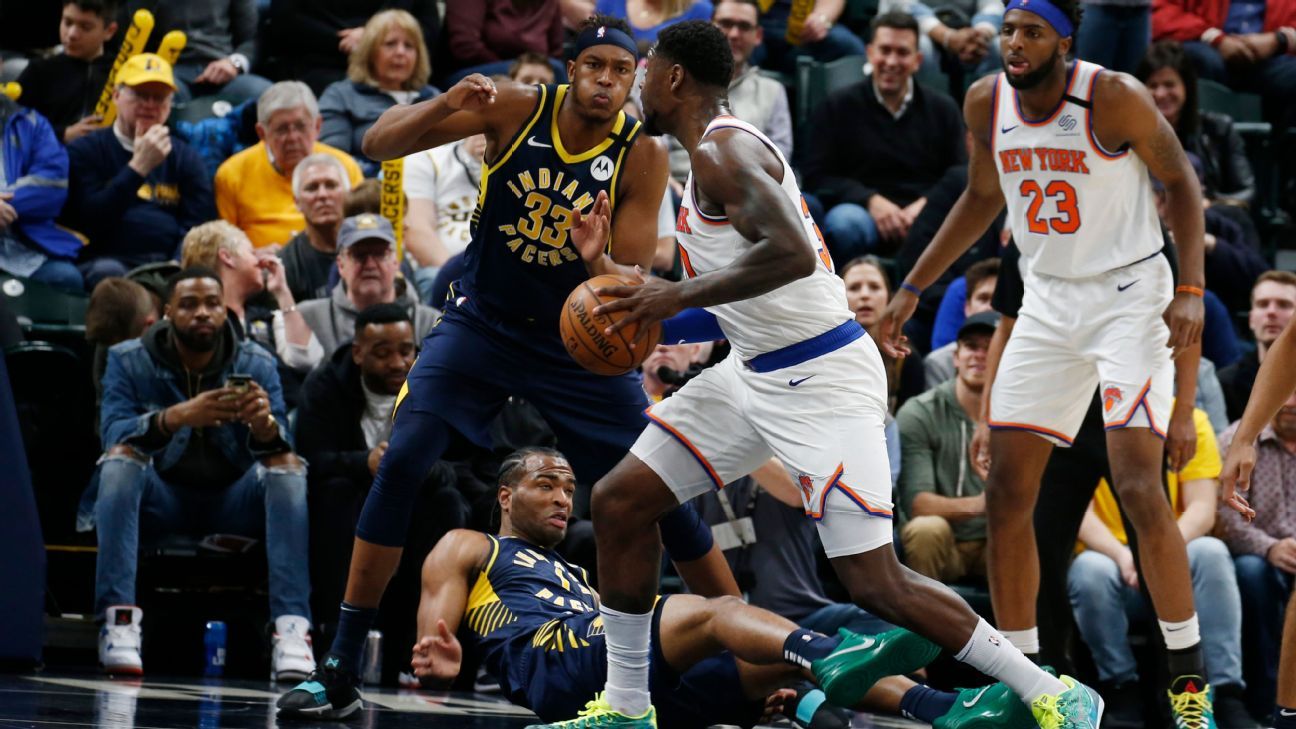 INDIANAPOLIS — Indiana Pacers forward T.J. Warren left Saturday’s game against the New York Knicks in the third quarter due to a head injury and was taken to a local hospital for evaluation, according to coach Nate McMillan.

Warren left after falling under the basket where it appeared he hit his head on the floor. A few possessions prior, Warren appeared to collide with teammate Domantas Sabonis and was shaken up, remaining down for nearly an entire possession before staying in the game.

In Victor Oladipo‘s second game back from injury the Knicks went on to win 92-85 as Indiana struggled to find consistent offense throughout the game.

Warren, 26, has a history with head injuries, missing a month in the fall of 2016 with what his former team, the Phoenix Suns, called a “minor head injury.” The following season, Warren had to get stitches for a cut on his head after a collision, but he did not enter concussion protocol.

In his first season with the Pacers after being acquired in a draft night trade, Warren has been a staple in the Indiana starting five, averaging 18.4 points and 3.8 rebounds in 48 games this season.