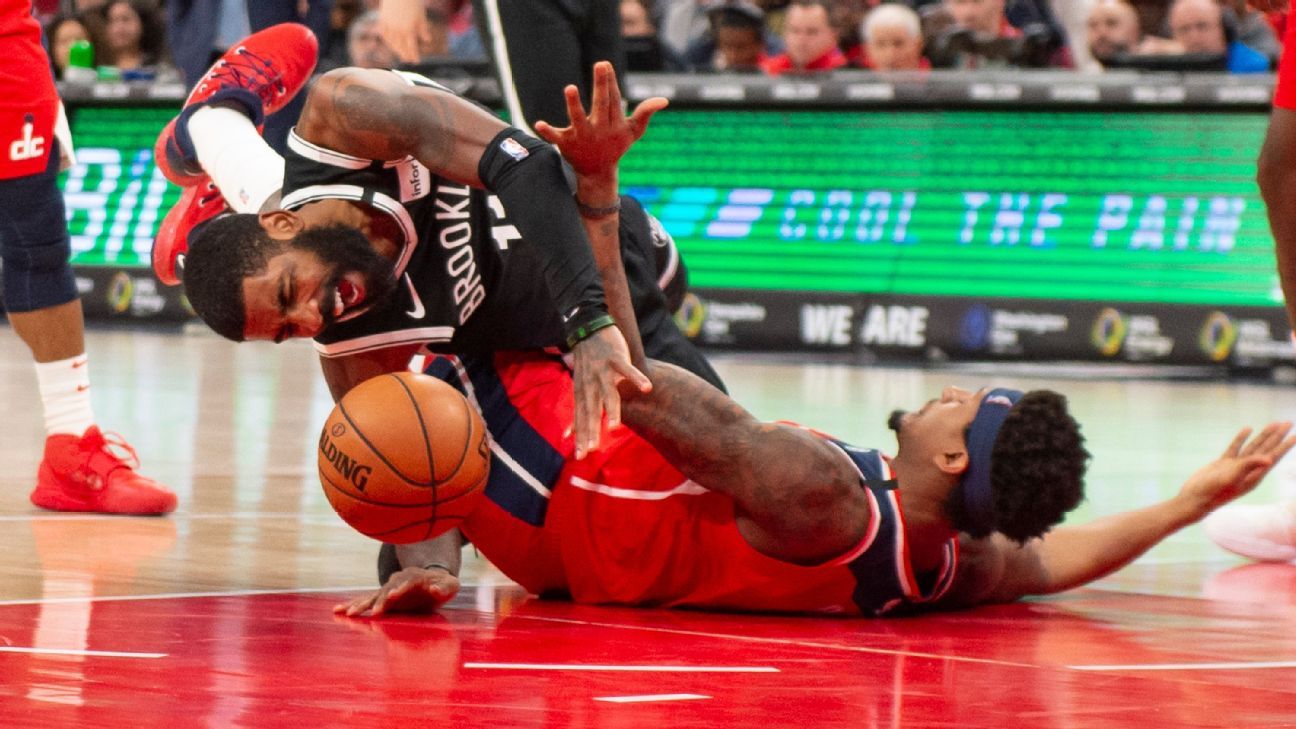 Brooklyn Nets guard Kyrie Irving will be reevaluated in a week after suffering a ligament sprain in Saturday night’s loss to the Washington Wizards.

The Nets announced that an MRI done Sunday morning on Irving’s right knee confirmed the initial diagnosis of a medial ligament sprain.

He will miss at least home games against Phoenix and Golden State — whose point guard, D’Angelo Russell, he replaced on the Nets — as well as a game at Toronto.

Irving left in the fourth quarter of Saturday night’s 113-107 loss in Washington after getting tangled with the Wizards’ Bradley Beal and falling back awkwardly on the knee.

Irving initially stayed on the floor in pain before getting up to participate in a jump ball against Beal. Irving didn’t jump and immediately limped to the locker room as a foul was called on teammate Joe Harris.

Irving had his highest-scoring game of the season the previous night, scoring 54 points in a victory over Chicago.

Irving has already missed a career-high 28 games this regular season. He missed 26 games because of a right shoulder impingement and one each due to a strained hamstring and to mourn the death of Kobe Bryant.

Reports: Blue Jays, Bichette agree to 3-year deal
‘Mate, we can do it. I have full faith in ourselves’
Boxing pound-for-pound rankings: Beterbiev wins but doesn’t impress; where does he land?
Suns president, CEO Rowley resigns, sources say
Baumgardner drops Mekhaled for undisputed title