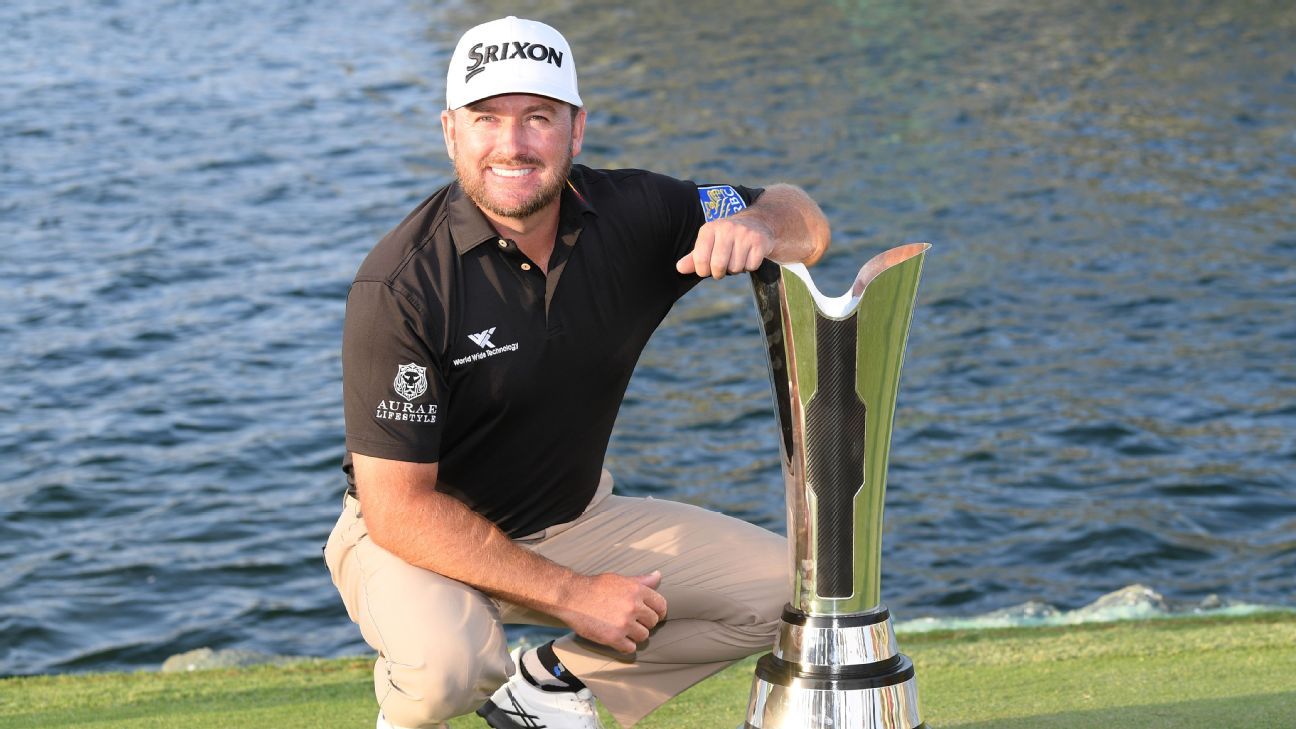 Northern Ireland’s Graeme McDowell has ended his five-and-a-half-year wait for a European Tour title with a victory at the Saudi International on Sunday.

McDowell cared an up-and-down par 70 to finish 12 under for the tournament, two shots ahead of second place American Dustin Johnson.

The 40-year-old Northern Irishman struggled to a bogey at the first hole, before carding further two bogeys in a mixed final round. However, back-to-back birdies at the 12th and 13th holes were enough to secure McDowell his 11th Tour win, his first since defending his Alstom Open de France title in 2014.

Phil Mickelson carded a final round 67 to finish the tournament at 9 under alongside Thomas Pieters and Gavin Green.

World No. 1 Brooks Koepka failed to launch a charge for the title, having carded his best competitive round since July on Saturday, and struggled to a 72 to finish tied-17th.

How the Chiefs’ new, unfamiliar faces fueled a Super Bowl trip
How Blagoy Ivanov cheated death to become a UFC contender
‘It’s been a journey’: The Brown twins’ long road toward NFL dreams
After missing World Cup and struggling for form, Matthew Hoppe’s focusing on what he can control
The rise of the same-game parlay, America’s new favorite way to bet