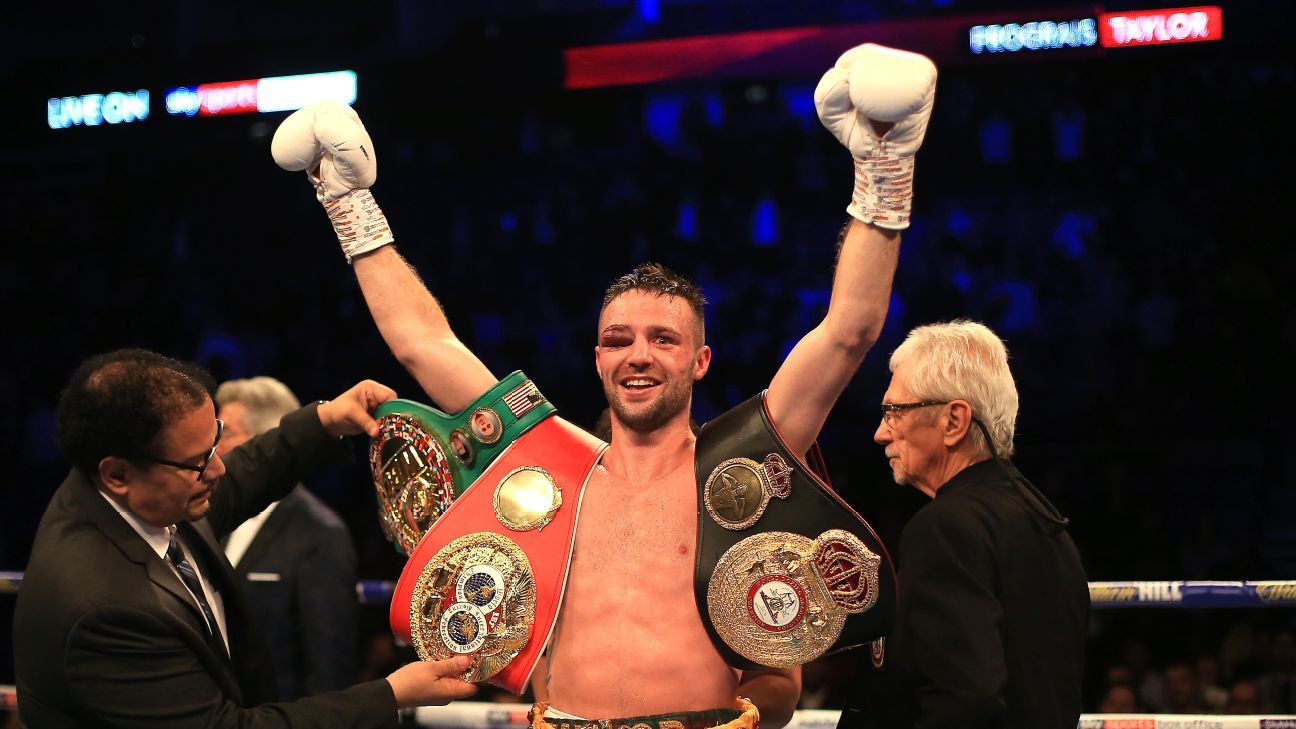 For the second time in less than a month, Top Rank will take over the promotion of a world title fight after the winner of a purse bid defaulted.

Promoter Sampson Lewkowicz of Sampson Boxing defaulted on his winning bid of $1.32 million to stage the fight between unified junior welterweight world titleholder Josh Taylor, who recently signed with Top Rank, and mandatory challenger Apinun Khongsong, whom Lewkowicz co-promotes. That leaves Top Rank, the underbidder at $1.26 million, to inherit the rights to put on the fight.

When he failed to put up the money, the International Boxing Federation on Saturday informed Top Rank that Lewkowicz had defaulted and that the promotional rights to the bout had fallen to Top Rank.

“We are not at all surprised that he defaulted,” Top Rank vice president Carl Moretti told ESPN. “We are more surprised that he bid a ridiculous amount of money, considering the worth of the opponent. He didn’t have a broadcast partner or place to put the fight. He went in totally without either, and now he’s out $132,000. We always felt when we lost the bid we would end up doing this fight.”

“You win some, lose some,” Lewkowicz told ESPN. “I had a deal made, and it fell out, and I will never cry. I will not cry today like a baby when I lost yesterday like a man. I learn in life that sometimes you lose, sometimes you gain. It’s not the end of the world. I wish (Top Rank) good luck. I am ready to help however I can to make it a very successful fight. It’s a great fight and very competitive.”

Moretti said Top Rank might ask the IBF for another purse bid, which it can do, but Top Rank chairman Bob Arum told ESPN he was inclined simply to do the fight under the terms of his now-winning bid.

Moretti said there is a chance the fight could be paired on the same card with the fight between unified junior welterweight world titlist Jose Ramirez and mandatory challenger Viktor Postol. That bout was supposed to take place Saturday night in China but was postponed because of the coronavirus outbreak. Top Rank is planning to reschedule the bout to an ESPN date to be determined in May in the United States.

Arum said he would consider putting on a Ramirez-Postol/Taylor-Khongsong doubleheader — Top Rank plans for Ramirez and Taylor to meet for the undisputed 140-pound title later this year if they win their interim fights — but said more likely Taylor-Khongsong will headline its own card in the United Kingdom.

“I think that Taylor being who he is, we are better off doing the fight in the U.K. That’s my feeling,” Arum said. “We’ll get a date and partner with (British promoters) Frank (Warren) or Eddie (Hearn). We’ll have to figure out a date, and then we will move ahead with the fight sometime in May.”

Last month, Top Rank was awarded promotional rights as the underbidder for the fight between unified light heavyweight world champion Artur Beterbiev and mandatory challenger Meng Fanlong. Chinese promoter Longjoy Sports won an IBF purse bid for $1.9 million but also defaulted when it failed to put up a second payment of $190,000. The fight rights fell to Top Rank, which bid $1.315 million. The fight is now signed, and Top Rank plans to put it on March 28 as a Top Rank Boxing on ESPN main event in Quebec City.

Taylor (16-0, 12 KOs), 29, of Scotland, has emerged as one of the best fighters in the world after unifying two belts with an action-packed, majority decision win over Regis Prograis on Oct. 26 in the final of the World Boxing Super Series. Khongsong (16-0, 13 KOs), 23, of Thailand, is an unknown, having fought 15 of his fights in his home country and one in Japan and having faced extremely low-level opposition.

Arum said he is pleased to promote the bout but questioned Khongsong’s placement as the IBF’s mandatory challenger, given that eight of his opponents have had records of .500 or less or were making their professional debuts. Arum also said there is a problem with promoters who bid without having an idea how they will follow through with putting on the fight.

“You get a known fighter, a really good fighter, whether it’s Beterbiev or Josh Taylor, and the IBF has a virtually unknown in a mandatory position and people attach themselves and try to hold up the promoter of the known fighter for an unreasonable amount of money for the unknown guy,” Arum said. “They end up bidding, not knowing where they’ll put the fight and they end up forfeiting. You shouldn’t bid if you don’t know where you’re doing the fight. We’ve never forfeited a bid because we know what we’re doing. It makes a farce out of the whole situation.

“The message to the people who have the unknown guy is make a deal. We offered (Khongsong) $400,000. I don’t think in all of his fights combined he ever made anywhere close to what we offered him for this fight.”