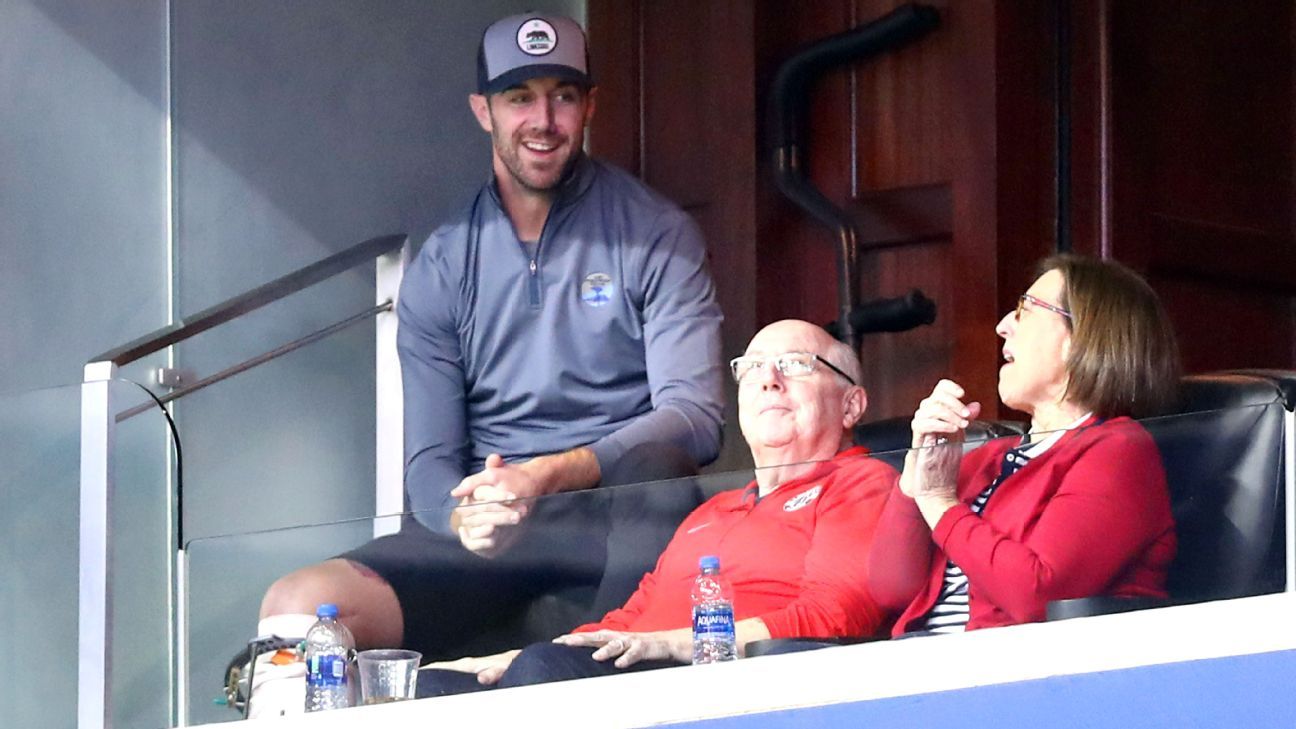 Washington Redskins quarterback Alex Smith said he is “very much lucky to be alive” after his November 2018 leg injury during an interview that aired Saturday on ESPN’s Outside The Lines.

Smith offered details about the injury that has sidelined him for more than a year in the interview with ESPN’s Jeremy Schaap.

Smith said the combination of the severity of the injury along with a serious infection had him against the ropes for weeks, unsure of what the outcome would be.

Smith was tackled by J.J. Watt and Kareem Jackson in a game against the Houston Texans. In the process, he suffered a compound fracture of his right tibia (the bone penetrated the skin) and a fractured right fibula. A compound fracture significantly elevates concerns over the risk of infection due to the presence of an open wound and, in Smith’s case, those fears were realized.

“I had a pretty serious infection … they had a lot of complications with it,” Smith said.

Smith developed sepsis, a potentially life-threatening condition that occurs when the body is fighting infection. As his medical team fought to save his life, he was under heavy sedation for pain and his memories of the early stages were limited. But there was another decision that was yet to come.

Smith told Schaap, “… [the] next thing I remember is waking up several weeks later faced with the decision of amputation or limb salvage at that point.”

Smith chose to save his leg, a process that required additional surgeries, and he was eventually cleared of all infection. His past 13 months have been spent dedicating himself to his rehab and his time with his family, all of which have taken on increased significance after coming so close to losing it all.

Smith told Schaap his overwhelming feeling currently is one of gratitude, for his family and for his medical team.

“[I’m] so thankful for everyone that’s had a hand in this,” he said. “My wife, kids, and family and doctors and nurses and PTs and trainers and so many people that have helped me to be sitting here.”

As he faced a mountain of uncertainty about what his physical abilities would be after his injury — “my ability to walk normal, to ever play with my kids, to ever go on a hike, go on a walk with my wife, hiking, skiing” — it seemed as if a return to football might be out of the question.

The progress he has made to date, however, has shifted his view on the possibilities that lie ahead. The Redskins haven’t ruled out a possible return for Smith, 35, who spent this season watching games in owner Dan Snyder’s box and was often seen with him before and after games.

Smith, who is under contract through the 2022 season, will count $21.4 million against the salary cap in 2020. First-year Redskins coach Ron Rivera has consistently mentioned him when discussing the Redskins’ quarterback situation. Smith also has become a mentor to Dwayne Haskins Jr., who just completed his rookie season.

Smith made it clear that while he recognizes there are no guarantees, he is prepared to challenge himself to the fullest.

“There’s enough there that I can go out there and play … Knowing that, yeah, failure is a possibility … I need to prove that I can come back and play quarterback in the NFL, and if I can do that, that would be great and it’ll get figured out.”

Information from ESPN Redskins reporter John Keim was used in this report.