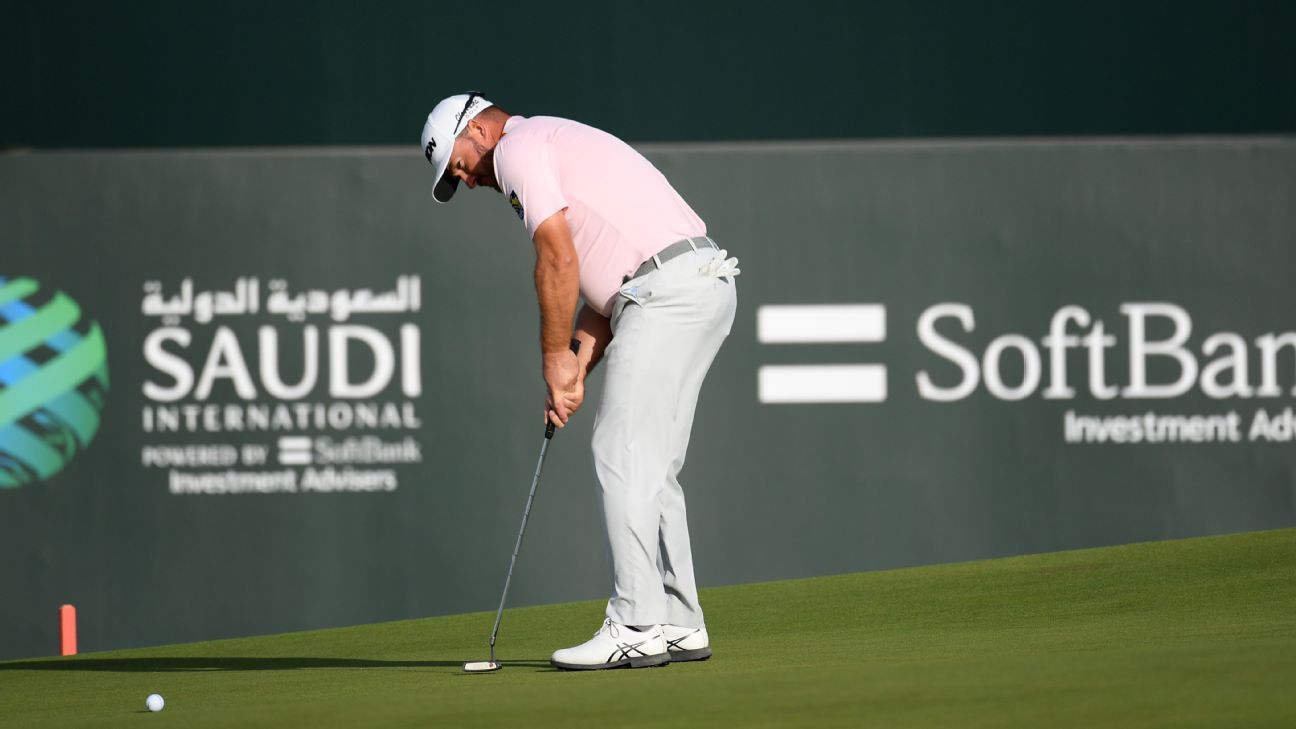 Graeme McDowell birdied his final hole to take a one-shot lead after the third round at the Saudi International on Saturday.

After a difficult front nine, McDowell rolled in three straight birdies on the 12th, 13th and 14th before finishing in style with another on the par-four 18th.

McDowell, who last won on the European Tour in 2014, signed for a four-under-par 66 to take him to 12-under overall, one shot clear of France’s Victor Dubuisson.

“The putter has been ice cold over the last couple of days but it heated up a bit on the back nine,” McDowell said. “It was really pleasing to get a few birdies there because I think the back nine has played difficult.

“I’m going to have to putt well to have a chance tomorrow.”

“I keep an eye out for Victor, and it’s nice to see him up there on the leaderboard.”

Dubuisson carded a bogey-free 65, with gains on the first three holes before adding two more on the back nine.

Overnight leader Gavin Green lost momentum after dropping strokes on 14th and 15th but remained in contention for a maiden European Tour title at nine-under.

Defending champion Dustin Johnson is tied fourth on seven-under after a second consecutive round of 68, which included five birdies and three bogeys.

World number one Brooks Koepka fired a 65 at Royal Greens Golf and Country Club for his best competitive round since shooting the same score in the final round of the World Golf Championships-FedEx St. Jude Invitational in July.

It was a huge stride forward for the four-times major champion, who is playing only his second tournament since recovering from a knee injury sustained in October.

Blue Bay LPGA canceled for third time in 4 years
Sources: Dolphins not expected to pursue Brady
McIlroy leads by 3 ahead of final day in Dubai
Caufield chose surgery given Habs’ playoff outlook
What does the hiring of Sean Payton mean for Broncos and Saints? Answering the biggest questions