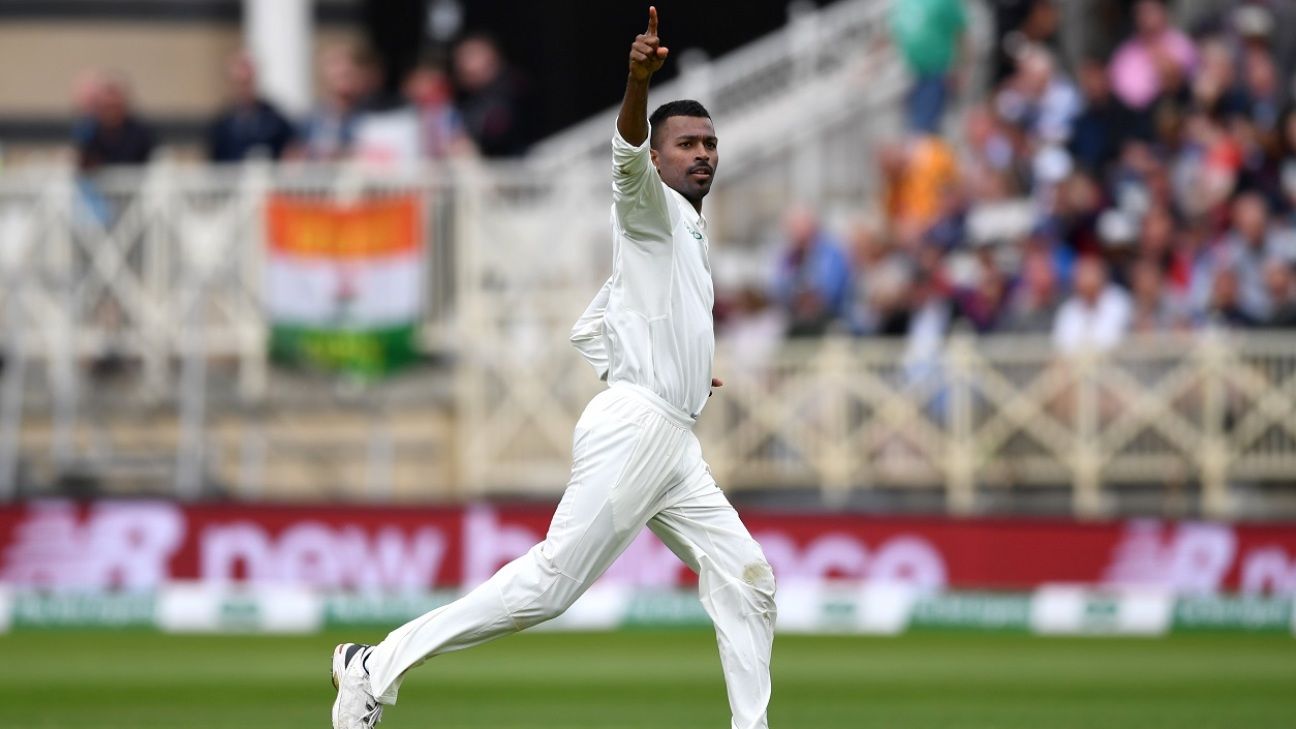 India’s Test squad for the two-match Test series in New Zealand is yet to be announced, but the BCCI has already ruled out allrounder Hardik Pandya. In a media release that threw up more questions than answers, the BCCI said that Pandya hasn’t regained full fitness yet, having undergone a back surgery in October 2019. As such, no time frame as been set for his return.

The media release, which was issued on Saturday and signed by BCCI secretary Jay Shah, is curious because India’s Test squad has not been announced yet. So how is Pandya ruled out?

According to the BCCI statement, Pandya had recently travelled to London to review his back again. The seriousness of the case could be gauged by the fact that the player was accompanied by Ashish Kaushik, the head physiotherapist at the National Cricket Academy, where Pandya will now undergo his rehab.

“Team India all-rounder Hardik Pandya has been ruled out of the upcoming Test series against New Zealand,” the BCCI release said. “He travelled to London and was accompanied by NCA Head Physio Ashish Kaushik for a review by spinal surgeon Dr James Allibone. Hardik will be under rehab at the National Cricket Academy until he regains full match fitness.”

After undergoing surgery last October, Pandya was optimistic of returning to action during the New Zealand tour which comprises five T20Is, three ODIs and two Tests. On December 23, the Indian selection panel, led by former wicketkeeper MSK Prasad, had named Pandya in the India A squad that would play three one-dayers against New Zealand A prior to the T20I leg of the tour.

However, on January 12, Pandya was pulled out of the T20I squad as his “rehabilitation was longer than expected,” according to the BCCI.

Ever since he made his international debut in 2016, Pandya has been a key member of India’s limited-overs sides, developing into an impact allrounder. With two T20 World Cups set to be played in the next two years, the BCCI is opting to take precautions instead of rushing Pandya back into action.

That is what S Rajnikanth, Pandya’s personal trainer, had told the BCCI when the allrounder was working with him before the board decided to send him to the NCA.According to Rajnikanth Pandya was fully fit physically, but not match fit to handle the bowling workload specifically.

That sentiment was echoed by Sourav Ganguly, the BCCI president, earlier this week, after he had met Rahul Dravid, the director of cricket at the NCA. “He’s not fit yet,” Ganguly told PTI. Asked whether Pandya would play the Ranji Trophy for Baroda (his state team) before returning to the national side, Ganguly ruled that and said that “he’ll take a bit of time to get fit.”