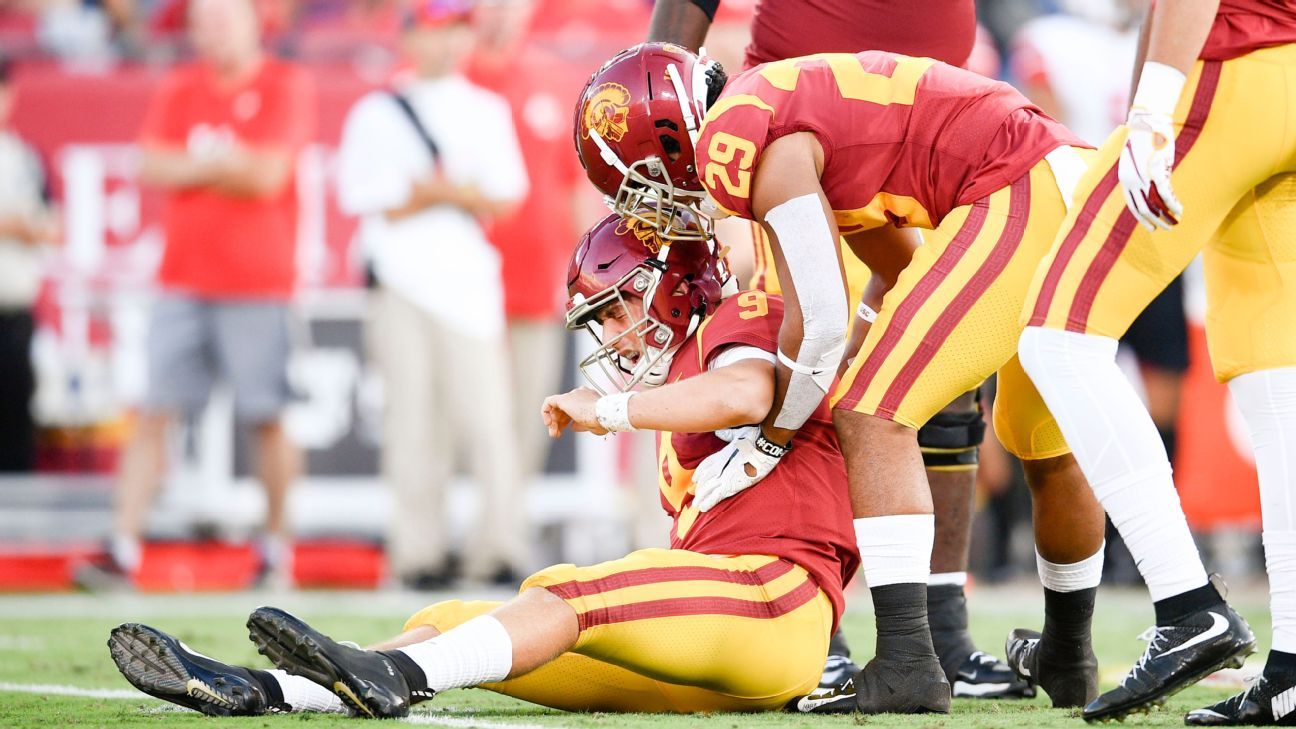 College football teams are turning the page to the 2020 season. For several of the sport’s historic programs, the urgency to improve is greater than ever. During the next two weeks, we’re examining four teams that have fallen on hard times and diagnosing what each needs to do to get back on track this fall.

Few traditional powers have fallen further than USC, which has won a combined 13 games over the past two seasons and is nowhere near the championship-caliber teams it used to produce. Recruiting rankings are down, play on the field has been subpar and the path to turn things around won’t be easy.

There has been something of a shake-up with the assistant coaches — and even the athletic director — to try to turn the program around, but the question is whether it’s too little, too late. To try to diagnose what needs to be done, we spoke with coaches and analyzed past and current recruiting rankings to look at how USC can get back on track.

Vaughn wishes Irving well: ‘Want him to succeed’
Kyle Jamieson, Will Young included in NZ XI squad to face England
‘I’m going to do it my way’: Steve Cohen on his offseason spending spree
Young stars making a statement at Pro Bowl Games
Does Jesse Marsch’s dismissal pave the way for him to lead the U.S.?