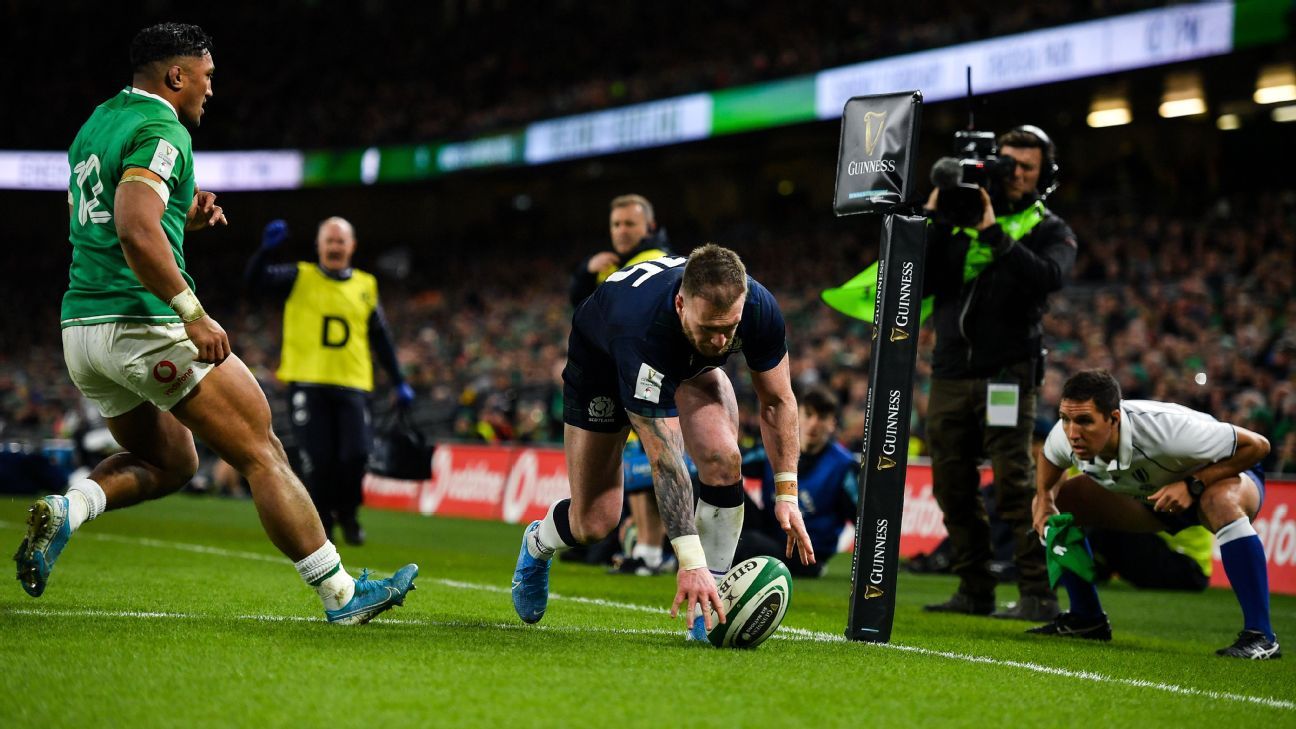 Ireland handed Andy Farrell an unconvincing victory in his first game in charge on Saturday as they struggled to put another poor World Cup behind them with a 19-12 win over Scotland on their return to the home comforts of the Six Nations.

Ireland, winners of three of the last six Six Nations tournaments, including one Grand Slam, once more failed to progress past the quarter-finals at last year’s World Cup where, like Scotland, they were humbled by hosts Japan.

A try, conversion and penalty from new captain Johnny Sexton edged an at-times intrepid but very scrappy Ireland into a 10-6 halftime lead, and he kept them in front in a second half that Stuart Hogg will want to forget after he fumbled an easy try.

Scotland briefly cut the deficit to four points but Ireland saw out a largely dreary game to begin the Farrell era with a win – but not the kind of performance that will leave their rivals in any way concerned, with far tougher tests ahead.