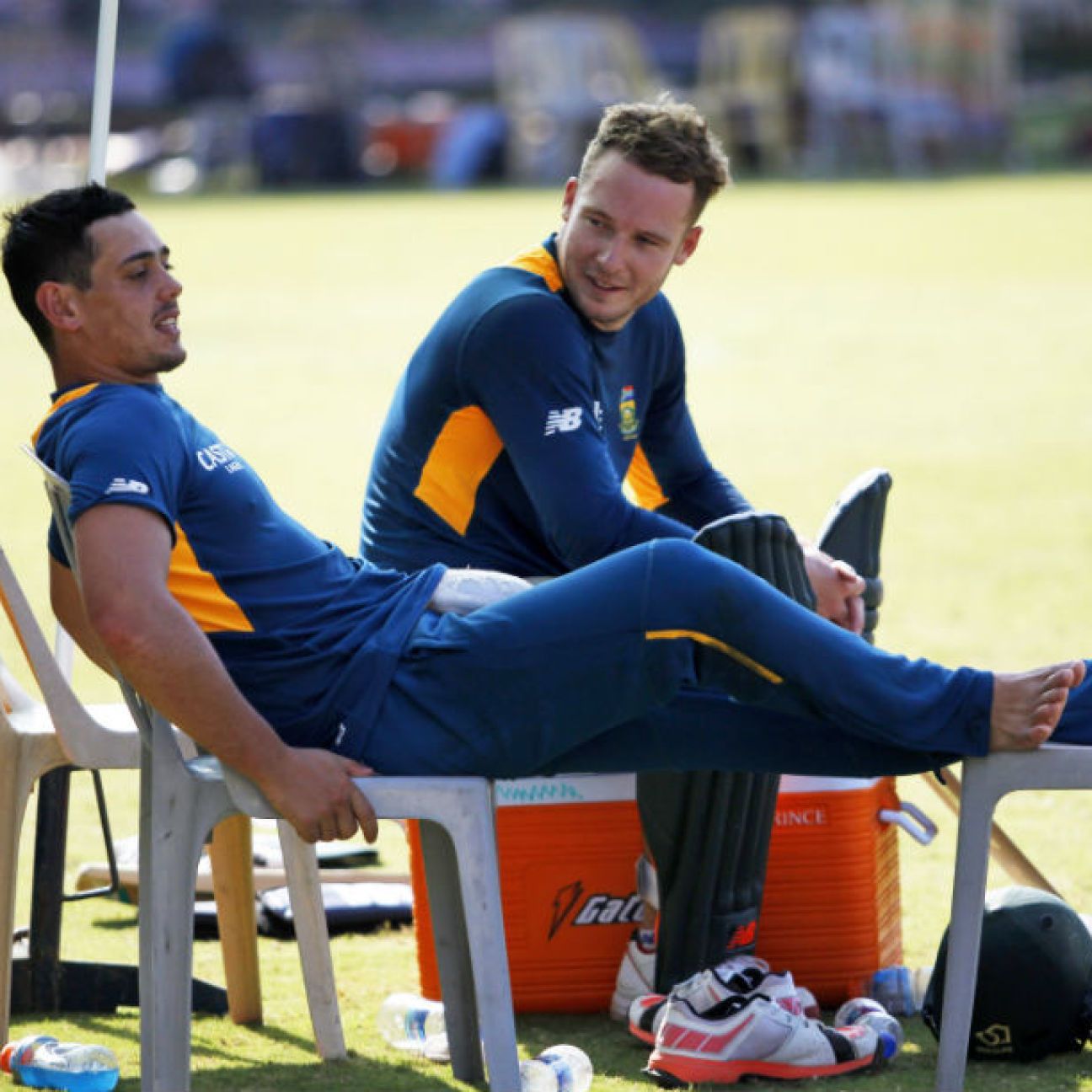 Quinton de Kock will bring calmness and “a great understanding of the game” to the role of South Africa ODI captain, according to team-mate David Miller. De Kock will take charge during the upcoming series against England, and has been tipped as the long-term successor to Faf du Plessis.

South Africa’s players have convened this weekend to prepare for the three ODIs, starting in Cape Town on Tuesday. Four members of the 14-man squad are uncapped, with regular captain du Plessis and senior quick Kagiso Rabada rested, but Miller said he expected de Kock to set a positive example for the rest to follow.

“Quinny and I have come a long way. I’d never met him before playing for South Africa, and our relationship has got stronger and stronger,” Miller said.

“As everyone knows Quinny is Quinny. He’s an unbelievable performer, thinks about things very simply, but at the same time, I genuinely think as he’s got older – he’s 27 now, he’s not a young whipper-snapper, he’s actually a mature, proper senior player, and I really feel he’s got a great feel on the ground, during the game he’s got a great understanding of the game. There’s a calmness to him that comes with that. He oozes enjoying the game and I think that’s a great asset that he has.”

At 30, Miller is one of the oldest players in the group – and the most experienced, having played 126 ODIs. He has just returned from a stint in the Big Bash League with Hobart Hurricanes, and said he was keen to get involved after the revamp of South Africa’s coaching structure, which now features several faces that Miller played alongside at the start of his international career.

“It’s very exciting,” he said. “I saw the squad come out and it was not the normal squad that everyone’s used to seeing. It’s refreshing, seeing it from Australia, and thinking it’s a new start. Teams go up and down … I personally don’t enjoy the fact we’re just building for something. At the end of the day, international cricket you need to perform, regardless of going through youngsters, and so on. Guys need to come in and learn as quick as possible.

“I mentioned it before, when we played the T20s in India, we’re here to win. We’re not here to see how things go. It’s an exciting time to be in South African cricket, there’s a lot going on, but the guys have got a lot of energy, they’re willing to learn, and having the management we do, that have played a lot of cricket, it’s a good combination.”

In keeping with South Africa’s disappointing 2019 World Cup, Miller had a middling run in England last year, batting four times and making scores of 38, 31, 36 and 31. However, he is keen to carve out a central role for himself in the run up to the 2023 tournament in India.

“The first World Cup, for me, I came into a side where there were experienced senior players, and I felt like I was there and I had to do my job, fitting into the experienced players; and the last World Cup was much of the same. This build to the next World Cup is a different one for me, in the sense that there’s new players. It’s just a fresh crop. So it’s a very different experience compared to the last seven-eight years. That’s why I’m really excited. We have to take responsibility for our performances but it’s about winning now, as well as building, about trying to find the best combination as early as possible and sticking with that.”

England, too, have an experimental look about them, with World Cup winners such as Ben Stokes and Jos Buttler rested ahead of the T20Is – which have assumed greater importance in a T20 World Cup year – and Miller said South Africa would be out to cause an upset.

“We are playing the world champions at the end of the day,” he said. “But cricket is cricket and everyone’s beatable. If we come with the right approach and mindset, and we nail down what we need to do – which is take wickets and score runs – I think it’s going to be a really good competition.”