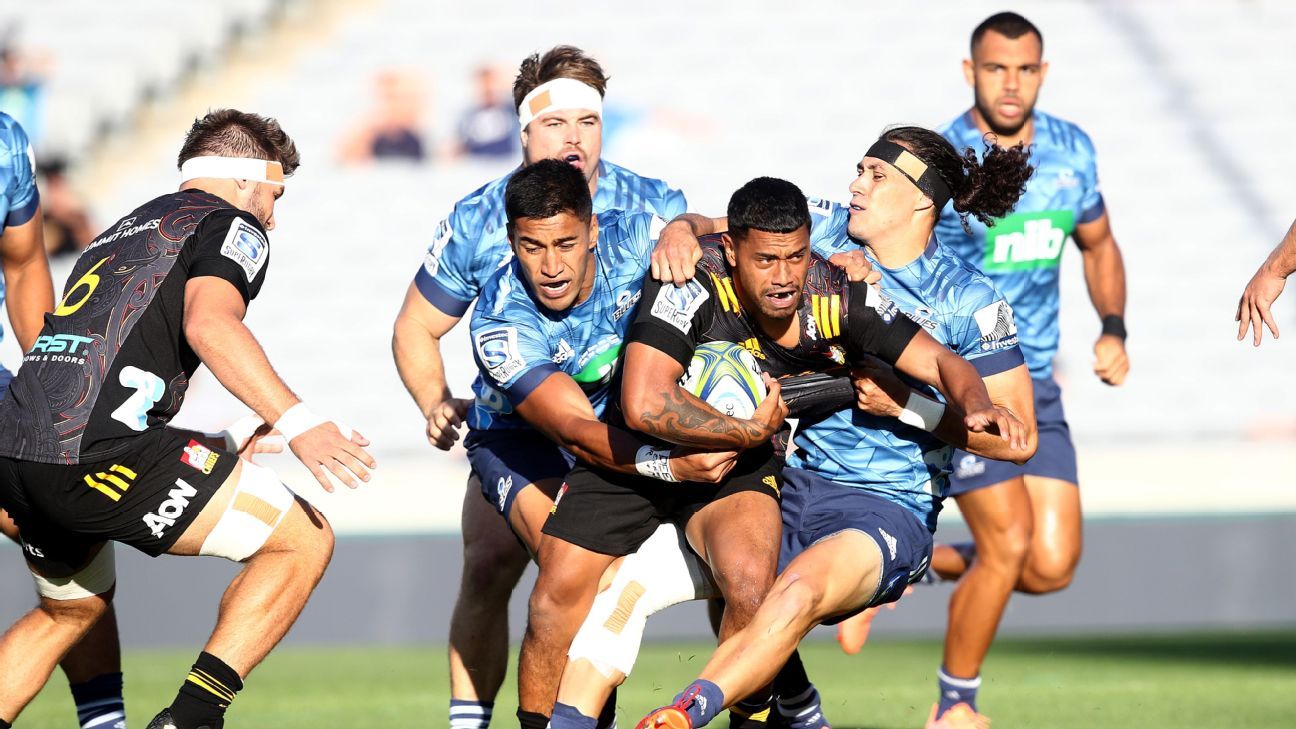 Warren Gatland made a winning return to New Zealand rugby on Friday when his Chiefs came from behind to edge the Blues 37-29 in the Super Rugby season-opener at Eden Park.

Gatland, back in his Hamilton hometown after 12 years as coach of Wales and the British and Irish Lions, watched on as another returning exile, Aaron Cruden, played a decisive role in the victory.

The former All Blacks flyhalf came off the bench to set up the last try of the game for winger Solomon Alaimalo with a brilliant pass out of the tackle and nailed a drop kick and a late penalty to seal the victory.

The Blues, desperate to end an eight-season playoff drought this year, set off at a canter with a try from flanker Tony Lamborn and a brace from New Zealand winger Rieko Ioane giving them a 19-5 lead at halftime.

Chiefs hooker Samisoni Taukeiaho added to his first-half score with a second try soon after the break to spark the comeback before the hulking Pita Gus Sowakula bullied over from close range to tie up the scores at 19-19.

The Blues, without their big-name signing Beauden Barrett until April as the twice World Player of the Year takes a rest, edged back in front when prop Karl Tu’inukuafe crossed for another try scored from close range.

Turnover ball helped the Chiefs again level through prop Aidan Ross before Cruden took control of the contest and saw the visitors home.

The Chiefs, champions in 2012 and 2013, were without fullback Damian McKenzie, whose long-awaited return from serious injury was delayed by a groin strain.

The Blues, who snapped a 15-game winless run against the Chiefs last year, will be hugely disappointed to have left eight points on the park through the errant kicking of flyhalf Stephen Perofeta.

World Rugby signals intent to lower pro tackling height
Grizzlies, others speak out on Tyre Nichols’ death
Sources: Ortiz-Stanionis bout set for April 29
Hill wins title with 5-round pummeling of Teixeira
The secret history of NBA players “walking the dog” — and how Ja Morant perfected it