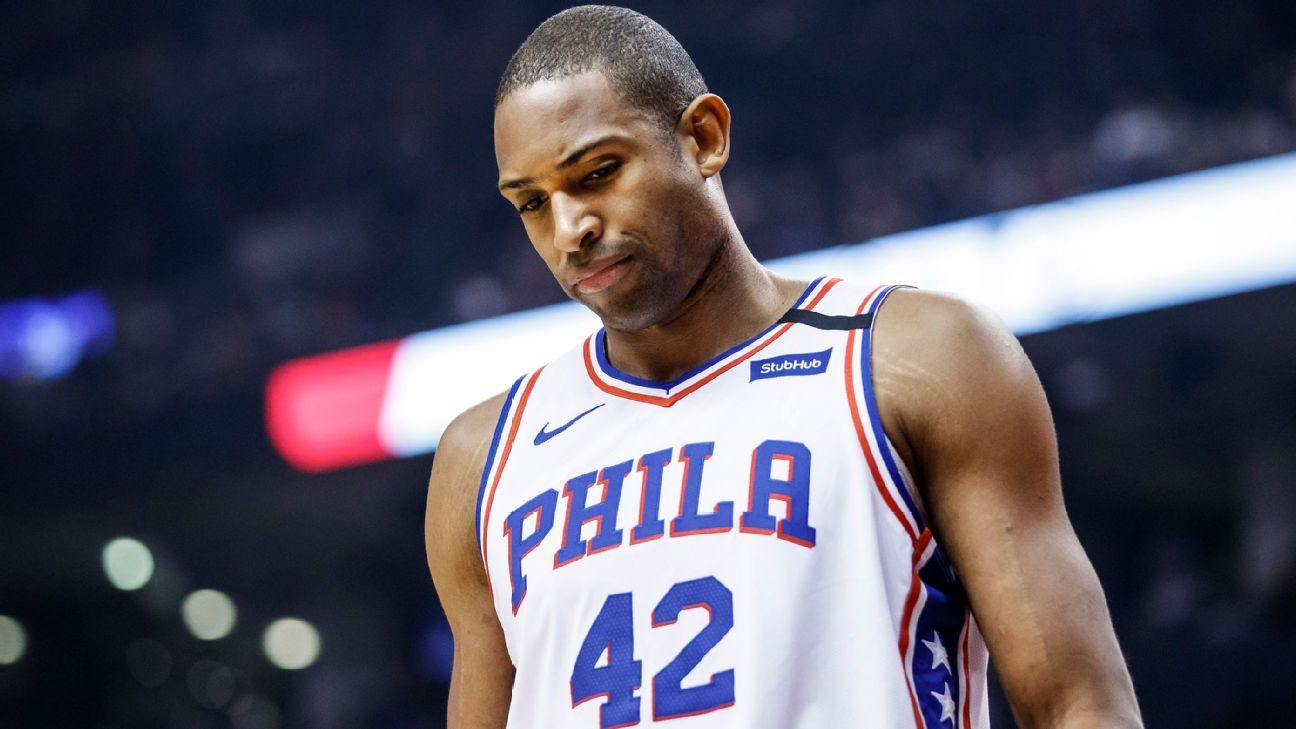 BOSTON — Al Horford became a five-time All-Star and developed a reputation as one of the NBA’s most underrated players in part because of one key attribute: versatility.

Drafted as a power forward by the Atlanta Hawks, he became the rare center who could grab a rebound and lead the fast break, operate as the fulcrum of an offense from the high post, back down smaller defenders and serve as a credible threat from 3-point range. In 2016, he took his talents to Boston and led the Celtics twice to the Eastern Conference finals, just as he had helped the Hawks reach the East finals for the first time in their history.

That versatility and track record made him appealing as a free agent last summer to the Philadelphia 76ers, who saw the 33-year-old as one of the final pieces of a championship puzzle.

But as Horford returns to face the Celtics in Boston (8:30 p.m. ET on ABC and the ESPN app) for the first time since joining the Sixers, his adjustment to the role he’s being asked to play in Philadelphia very much remains a work in progress.

“Yeah, I mean, it is definitely different for me,” Horford said recently. “It’s almost like me continuing to reinvent myself, and trying to figure out other ways that I can be effective.”

In Philadelphia, Horford is starting alongside a center — Joel Embiid, arguably the best center in the game — for the first time in about a decade. While he still plays the pivot when Embiid is on the bench or out with an injury, Horford has played 32% of his minutes this season at power forward, after playing just 9% at that spot a season ago, according to Cleaning the Glass.

He also finds himself relegated to being a fourth option on offense, often standing around the perimeter as a spot-up shooter while Embiid, Ben Simmons and Tobias Harris handle the ball.

“When you start looking at the pecking order of how this thing plays out, it’s not like he’s getting an abundance of play calls,” 76ers coach Brett Brown said. “In the environment, to your point, he’s come in with all of these other targets that the coach is maybe prioritizing more than pick-and-popping Al, this is true.

“Whatever assessment you’ve got of Al Horford, the layers behind it, I think, can be justified.”

To Brown’s point, constructing an argument for or against Horford’s fit in Philadelphia often comes back to the same point: how he’s being used.

In the six seasons prior to signing with the Sixers — split evenly between the Hawks and Celtics — Horford was a pick-and-roll screener 22 or more times per game each season, peaking at 25 times per game, per Second Spectrum’s tracking data.

This season? Horford is down to 16 per game — and that’s including the recent nine-game stretch Embiid sat out recently after undergoing surgery on his left ring finger, in which Horford saw a far steadier diet of pick-and-roll chances than he had previously. 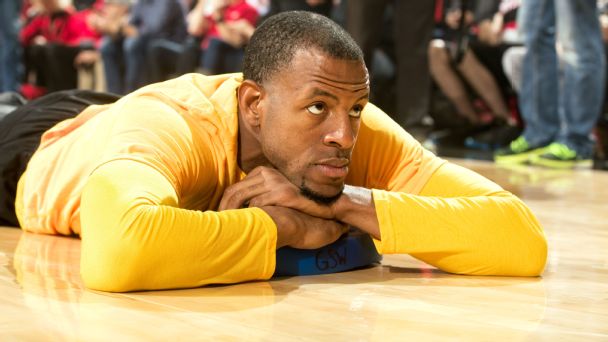 The deadline hits on Feb. 6. Get all the latest intel and anlysis from ESPN here:

So, with fewer pick-and-roll opportunities, Horford has instead been relegated to standing on the perimeter to stretch the floor and be a threat in catch-and-shoot situations — a necessity on a team as shooting-starved as the Sixers are.

Because of that, Horford’s catch-and-shoot opportunities are coming about as frequently as in the past for him. But the results are very different so far.

This is the first season in Horford’s past seven that his effective field goal percentage has dipped below what’s expected of the average shooter taking those shots, according to Second Spectrum’s metrics. In other words, the shots Horford normally makes at a high rate are not dropping this season.

Horford’s take on his shaky shooting is that after spending so many years playing a specific way, shifting to a different one has made for a difficult adjustment.

Clearly Horford has needed time to adjust to his new role. And that, in turn, provides hope that Horford — a cerebral player — will eventually grow more comfortable with what’s being asked of him.

When Horford has spent time on the court without Embiid — and, as a result, playing once again at center — he’s looked like the player the league has grown accustomed to watching. To that point, when Horford has shared the court with Simmons and Harris — as he typically does when Philadelphia plays a smaller second unit with Simmons and Horford surrounded by shooters — the Sixers are outscoring their opponents by a robust 6.7 points per 100 possessions in more than 1,000 minutes. 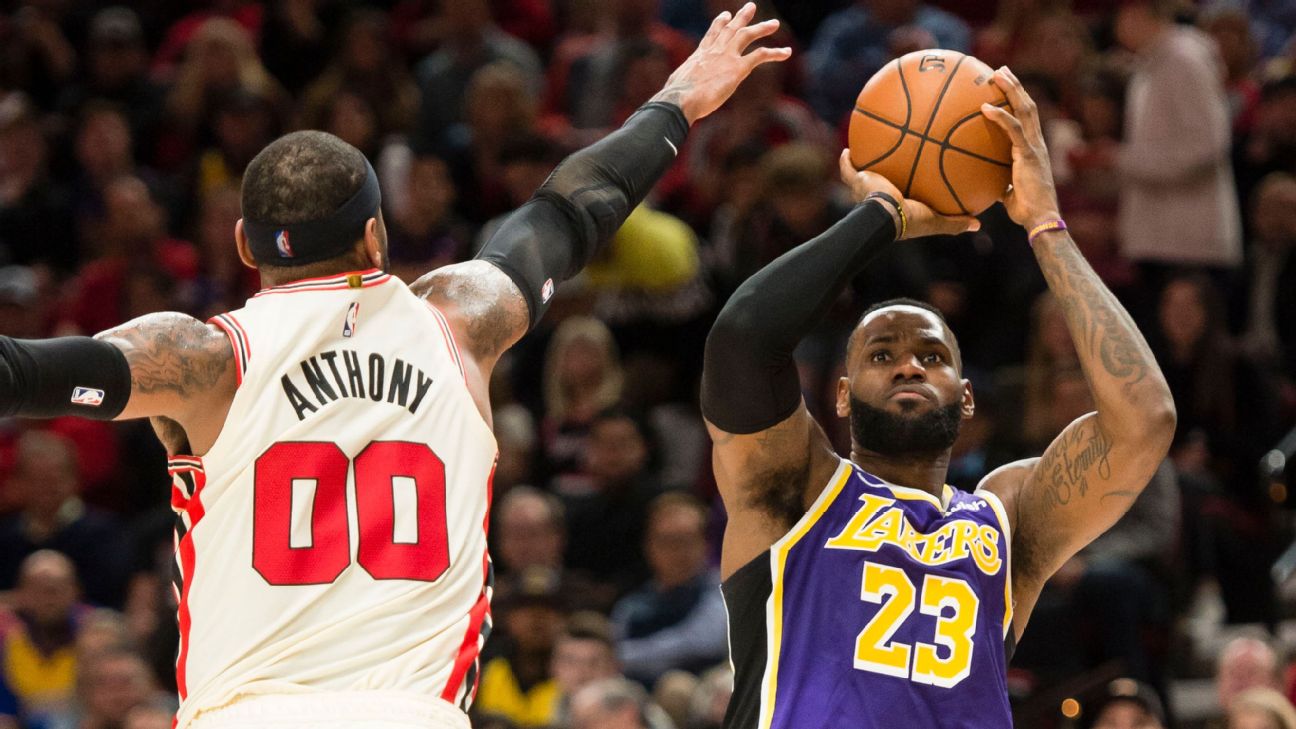 “I think that we try to use him more as a weapon, I think, just getting him in some pick-and-pop, pick-and-roll situations,” rookie Matisse Thybulle said. “Keep the defense guessing. … The way that he shoots the ball and is able to roll to the hoop and finish is pretty lethal.”

The Sixers choosing to sign Horford this summer was a surprise — not only because they stole him away from the rival Celtics, for whom he had helped shut down Embiid in the 2018 playoffs, but because it was antithetical to the smaller, faster design of so many teams in today’s pace-and-space NBA.

But the signing of Horford allowed Philadelphia to replace the gaping hole behind Embiid in their rotation, one that arguably cost them a shot at a title last season.

In Game 7 of last season’s Eastern Conference semifinals, a game the 76ers lost by two points on Kawhi Leonard‘s unforgettable buzzer-beater, Philadelphia was outscored by 12 points in the three minutes Embiid was on the bench. Last season, Philadelphia was outscored by 3.5 points per 100 possessions when Embiid didn’t play. This year, buoyed by Horford, the 76ers are outscoring opponents by 1.1 points per 100 possessions when Embiid isn’t on the floor.

That has been a welcome change in Philadelphia, but it doesn’t solve the team’s bigger problem: figuring out how to best utilize their two centers when they are on the court together.

Embiid has constantly talked about Philadelphia’s lack of 3-point shooting this season. And Horford has been part of that problem. A career 36% shooter from 3-point range, Horford is down to 31.8% this season.

“I want him to keep shooting,” Brown said. “I want him to shoot 3s. I want him to space. To coexist with Joel, [so that] he’s comfortable and we find him and he’s firing 3s. I couldn’t be any clearer with that role, too.

“I believe his percentage, whatever that might be, doesn’t indicate really the capable shooter that he is.”

Philadelphia hopes an increase in continuity will solve all of this. The Sixers have rarely had their full complement of players available to them, due to one injury or another, and now have Josh Richardson sidelined for an extended period with a hamstring strain.

“It’s always a challenge with new guys, learning how to play with each other,” Embiid said. “But eventually I think we’re going to get it.”

They have shown they can. The Sixers blew out the Bucks on Christmas Day, and just last week beat the Lakers by 17 points. Both of those wins came at home, where the 76ers are a league-best 22-2 this season. However, the Sixers are in sixth place in the East, meaning they’re staring at the possibility of not having home-court advantage in any playoff series this postseason.

By signing Horford, Philadelphia leaned into being gargantuan, with its top six players — Embiid, Simmons, Richardson, Harris, Horford and Thybulle — all measuring at least 6-foot-6, with arms that stretch on for days. The goal was to dominate defensively and score enough to win.

At times it has worked. But when the shots aren’t falling, Philadelphia’s offense is downright ugly.

“I just think it’s just spacing,” Horford said. “I think the coach continues to do a good job of making it cleaner for us and understanding. Because it’s not so much Joel, but whether it’s Ben having to get all the way to the corner, whether it’s Tobias having to space a little more.

“There’s certain times that we all are so big that we feel that we can go in and get a mismatch and say, ‘Hey, give me a quick post!’ And then it gets thrown off a little bit.”

The fit issues in Philly, including the two-center look, are among the hottest topics around the league, and at least one rival executive thinks they’ll find the answers.

“I’m a supporter,” he said. “At times it hasn’t gone great. But I think, big picture, I think Horford is a big who we have seen you can play in a two-big group. And, when the chips are down and the games matter, he’s a guy who can do a lot of things at a high level, and it’s going to work out just fine.”

Others, however, are not as convinced.

“Al [has] looked much more comfortable in that role than he has with Embiid,” said one scout who saw Horford serving as Philadelphia’s starting center while Embiid was injured.

An opposing coach was even more blunt.

For the Sixers to reach their championship aspirations, they’ll have to prove that it can.