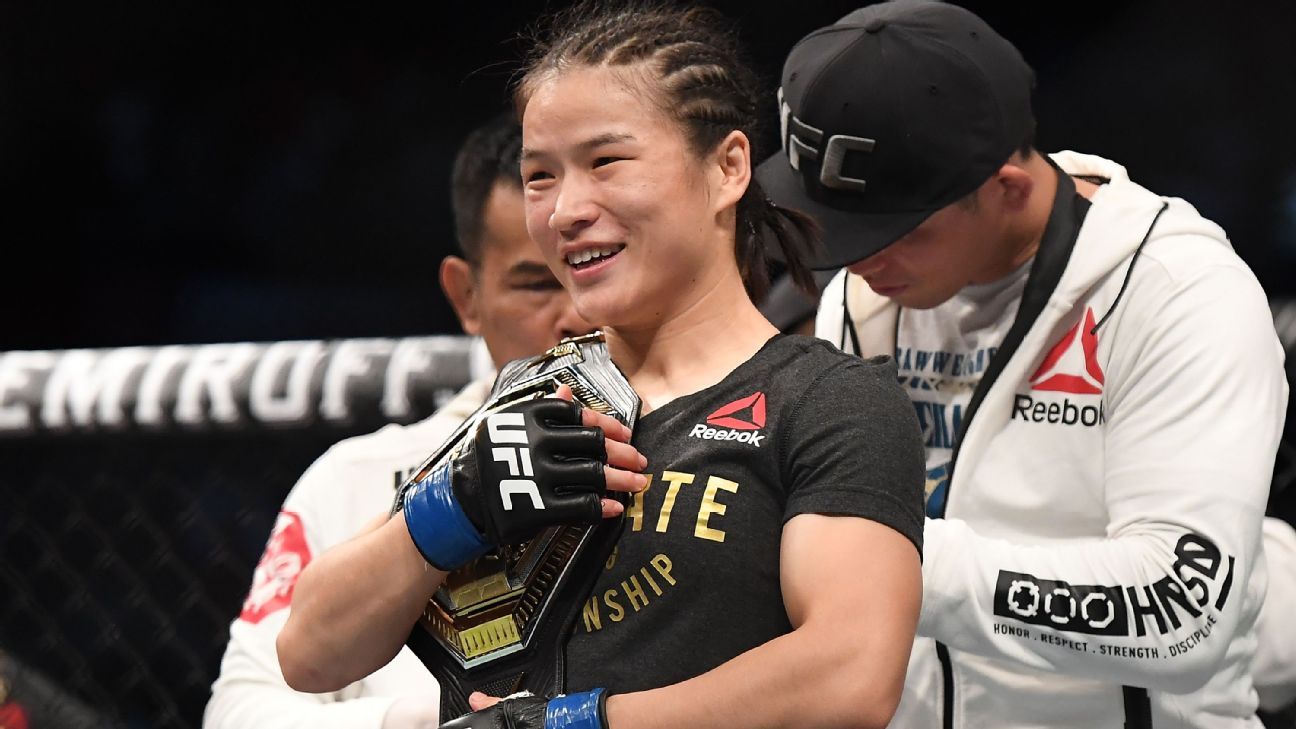 UFC strawweight champion Zhang Weili, who is scheduled to defend her title at UFC 248 on March 7 in Las Vegas, is working on getting out of her home country as soon as possible.

Weili, who trains out of Beijing, originally planned to finish her entire fight camp in China, but is now looking to relocate to Las Vegas, according to her manager, Brian Butler. The move is due to the coronavirus outbreak in China, which has resulted in more than 200 deaths and spread to multiple countries, including the United States.

“The UFC has been working hard to expedite getting Weili and her team here for precautionary reasons,” Butler told ESPN. “I have connected the UFC with [U.S. Rep.] Tulsi Gabbard, who is graciously trying to push things forward.”

According to Butler, Weili and her team are currently “safe” and hopeful they will be cleared to board a flight to the U.S. as soon as Tuesday. Butler said he is not concerned about the fight being in jeopardy.

News of Weili’s change in preparations was first reported by MMAFighting.com.

Weili, the UFC’s first Chinese champion, will be seeking her first title defense against former champion Joanna Jedrzejczyk. The medical emergency in China has already been part of the lead-in to the fight, as Jedrzejczyk reposted a meme on her Instagram page with a photoshopped image of her wearing a mask. Jedrzejczyk later deleted the post and said she hadn’t meant to offend anyone.