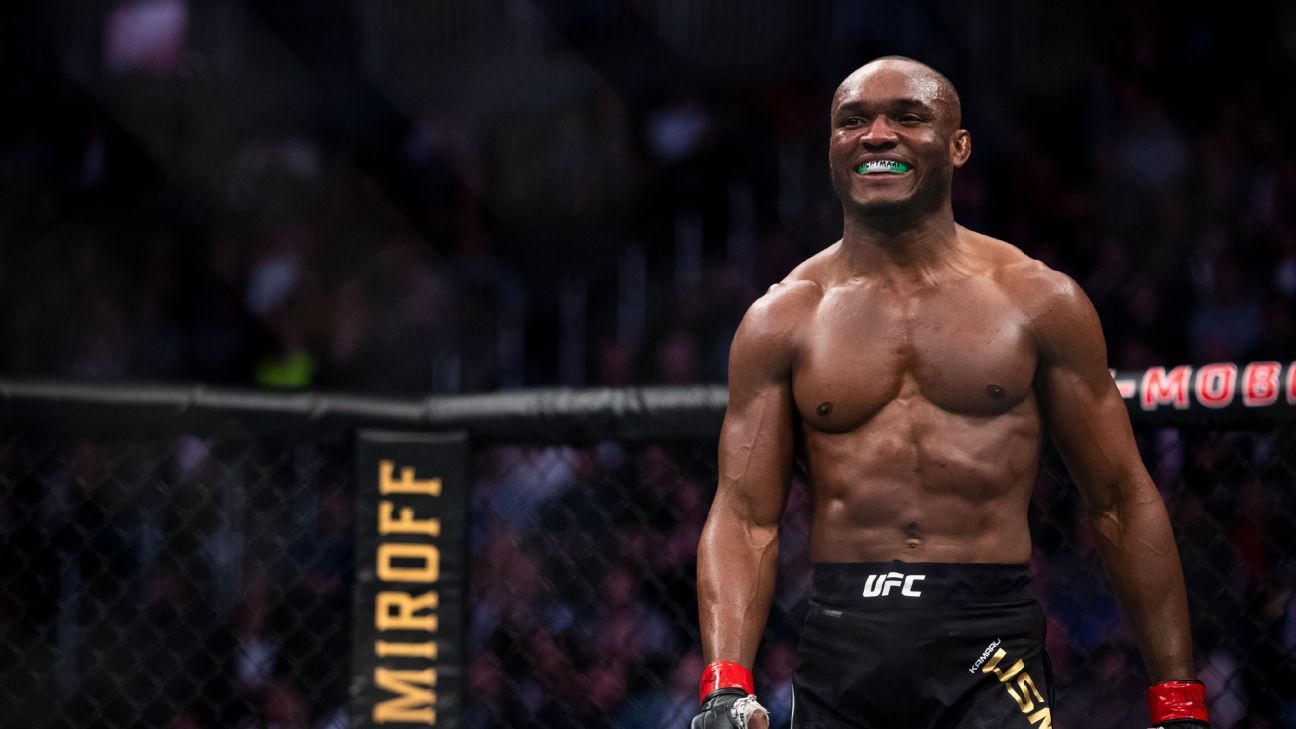 Kamaru Usman vs. Jorge Masvidal is the fight the UFC wants. Now there is a targeted date for that potential clash as well.

UFC president Dana White said Friday on “The Jim Rome Show” that the promotion is targeting Usman to defend his welterweight title against Masvidal in July. The bout has not been finalized, though, sources said.

International Fight Week is usually the biggest week of the year for the UFC, held in Las Vegas in early July. The exact date has not yet been made official.

Masvidal has made it clear he’s still interested in fighting Conor McGregor, who beat Donald Cerrone in 40 seconds earlier this month at UFC 246. Masvidal has said he’ll be ready to fight in April — after hand injuries — though June would be ideal for him.

Masvidal said two weeks ago on Ariel Helwani’s MMA Show that he thought McGregor didn’t want to fight him but still believes that’s the “bigger fight” for him in terms of a payday.

“If that contract gets in front of my face and the numbers add up to what I’m asking for, yeah,” Masvidal said of a McGregor bout. “Then Conor is getting baptized on TV, man. Easy math. Simple.”

But White told ESPN’s The Will Cain Show on Friday that McGregor will “probably” fight the winner of the lightweight title fight between champion Khabib Nurmagomedov and Tony Ferguson, which is scheduled for UFC 249 on April 18 in Brooklyn.

If Nurmagomedov wins, White said he probably wouldn’t fight until the fall — “September, October, November” — due to his observance of the Muslim holy month of Ramadan, which starts in late April.

McGregor has said he wants to fight sooner than that.

“Conor is talking now about not wanting to wait that long,” White said. “I don’t know what else makes sense, but who knows with that kid? The reason everybody loves him so much is who knows who he’ll say, ‘You know what, I want to fight this guy now.’ Some other weight class, or whatever it might be. But he keeps it fun.”

On Wednesday, Usman and Masvidal got into a confrontation on Super Bowl radio row and had to be separated. White said that incident pushed him to express the idea of that fight being made next.

“That was always the plan,” White said on Rome. “And then whatever happened with them a couple days ago … we hadn’t announced it yet, but now this has forced me to announce it.”