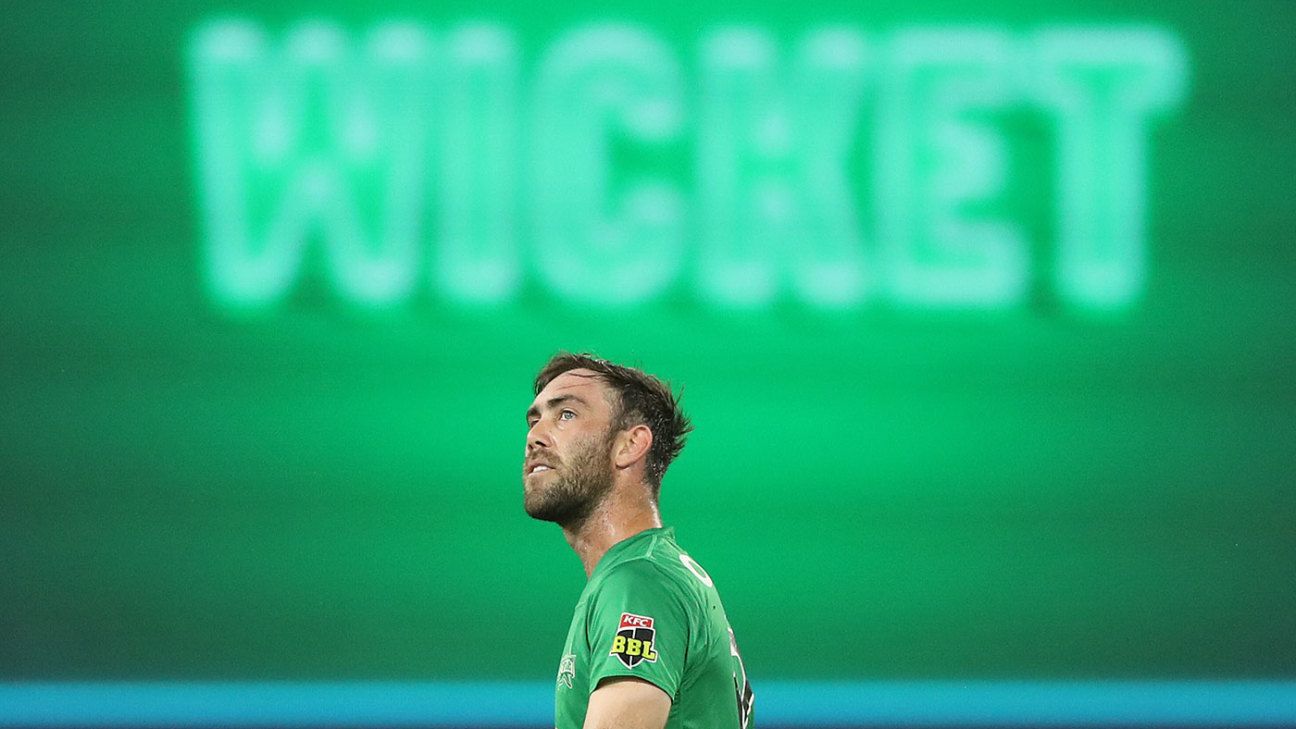 A bristling Melbourne Stars coach David Hussey insisted he has the squad to win the Big Bash League for the first time in the club’s nine attempts, and declared his team would be more decisive and entertaining in their second and final chance at getting to the decider after an abject batting display against the Sydney Sixers on Friday night.

Clearly angry at the performance of his team, Hussey said he would be asking “hard-hitting and confronting questions” of his players and said that all options within the squad would be considered for selection. At the same time Hussey said it was critical to reinforce to the players how good they are to rejuvenate their confidence after a performance he described as “timid” in pursuit of a mediocre target of 143 set by the Sixers.

“In previous seasons, every semi-final we’ve lost has been in Perth, beaten by a pretty good Perth team and they’ve either gone on to win the competition or finish second. Perth is a very hard place to play, so playing here probably hurts the most,” Hussey said when asked about the Stars’ long history of failing to round off strong tournament’s with finals success. “We’ll review tonight’s game, each individual player, I’ll go round to each player and ask them some hard-hitting questions and confronting questions, but we were completely outplayed tonight.

“It’s more one on one with the batting coaches and myself, asking them about their plan and whether they actually committed to that plan, and whether they wanted to play that way, that style of cricket in that game, and I reckon nine out of the 11 who played tonight didn’t commit to their plans tonight

“At half way we were ahead, and to put on a batting performance like that wasn’t good enough and it’s not the way the Stars want to play their game. You’ve got to give credit to the Sydney Sixers and their bowling coach, who executed their plans beautifully. They didn’t allow our batters to play how we wanted to play, they summed up the conditions very, very quickly and they executed their skills, and unfortunately we might have been a little bit timid with the bat, the intent probably wasn’t quite there, but we’ve earned the right to have a second chance.”

Hussey said that Ben Dunk, who has languished unwanted for most of the tournament, must now come into selection consideration. “We’ve got to consider all options now, we’ve underperformed the last four games, so all options are on the table. We’ve got to get more out of each individual player,” Hussey said. “We’ve just got to reinforce how good the players are who we have in the squad, pick them up, lots of confidence, lots of skill work, and commit to our plans a little bit better.

“We’ve tried a few things. We’ve tried Gotch at the top, tried Larkin in the middle, Larkin at No. 3, it’s all about match-ups. We do that much strategy about which player matches up with each individual opposition, so we’ll be doing the same thing come Monday morning, the coaches and I, and we’ll implement that strategy come Tuesday with each player.

“Deep down I truly believe we have the squad to win the whole competition, we’ve earned the right to have the second chance, we just need to do it the hard way now, game on Thursday night, travel to Sydney and beat them in their own backyard, which can happen. Come Thursday you’ll see a different brand of cricket we want to play, one of our key pillars of cricket we play is entertainment and we haven’t done that the last three games. Come Thursday, mark my words to the fans, we’ll play a very entertaining brand of cricket.”

The Stars have stuck rigorously to a plan of bowling first at the MCG, though they were able to dominate the Sixers in their previous match at the ground when, after being sent in, Marcus Stoinis pummeled 147 to set up a total of 219 and a 44-run victory. Hussey said that the Stars would need to consider trying to put runs on the board in their match against either the Adelaide Strikers or the Sydney Thunder.

“Basically I give all the information to Glenn on what to do batting first, what to do bowling first, then we don’t actually get a choice,” Hussey said. “They lose the toss then we have to make our mind up, but the dew comes into play at the MCG, it’s pretty important toss to win. The stats show that teams who chase here generally win the game of cricket. Unfortunately, it wasn’t the case tonight, maybe we have to revisit that come the next game.”