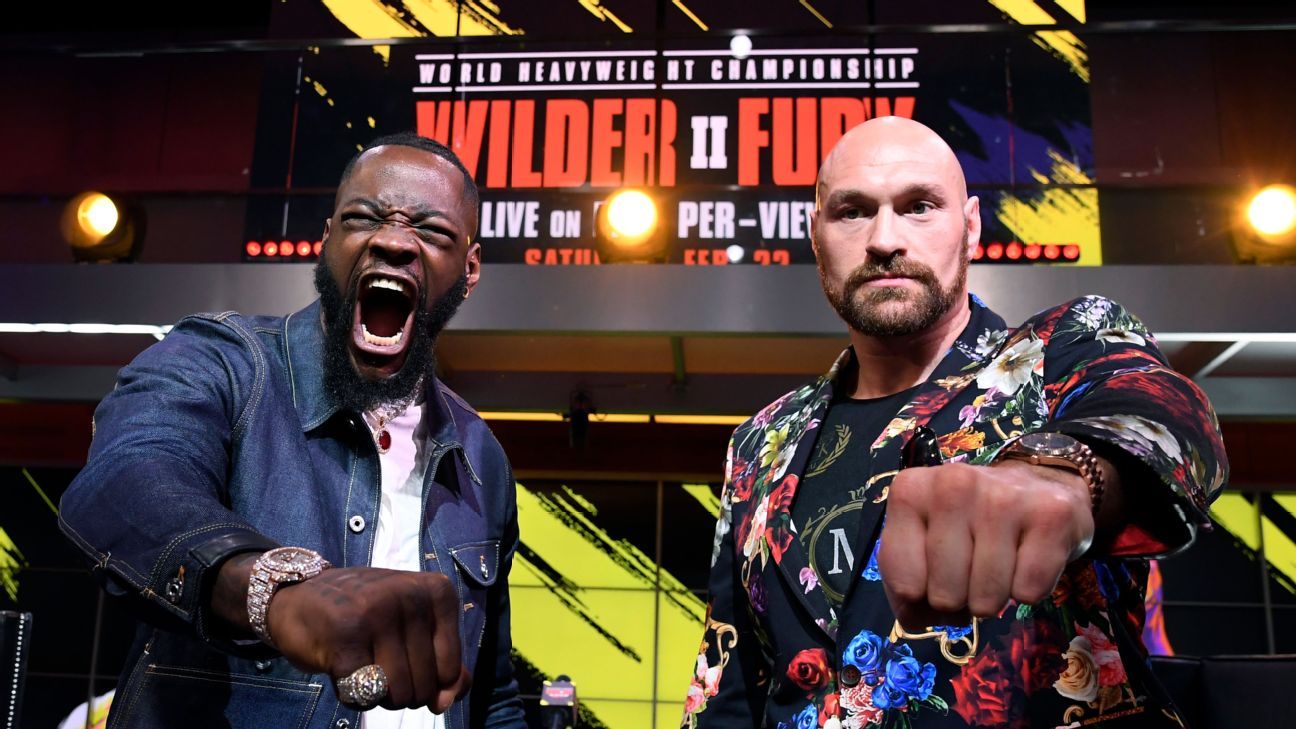 Heavyweight champion Jim Jeffries’ face looked like it had been run over by a herd of buffalo. He had a broken nose, cuts on both cheeks, gashes over both eyes and a torn ear. Today the fight would probably be stopped due to the champ’s horrific injuries, but it was 1902 and a torrent of blood streaming down a boxer’s face was no cause for undue alarm.

Even so, Jeffries must have wondered what was happening to him. He didn’t have this sort of trouble beating Bob Fitzsimmons to win the title three years earlier, but the rematch was torture.

Fitzsimmons was coming off a two-year layoff the first time in his career. Although he was closing in on his 40th birthday, he was in excellent physical condition for the return bout. But in the end he punched himself into defeat.

According to The New York Times, “Jeffries granite jaw and steel-shod skull” broke both of Fitzsimmons’ hands.

Like an assassin with an empty gun, Fitzsimmons was rendered helpless and succumbed to a left hook to the body and a right to the chin in the eighth round.

Jeffries-Fitzsimmons II was the first significant heavyweight championship rematch of the gloved era. They don’t happen quite as frequently as one might think, but over the decades they’ve provided some extraordinary moments.

The split draw between Deontay Wilder and Tyson Fury on Dec. 1, 2018 has given rise to a vast array of opinions as to what is going to happen at the MGM Grand Garden Arena on Feb. 22. Nobody really knows. They just think they do.

There are a number of legitimate reasons for a rematch, including contractual obligations, a horrid decision, an upset or a fight so riveting that everybody wants to see another just like it. The Fury-Wilder do-over has all of those elements going for it, to some degree or another.

Judging by their first fight, the “Gypsy King” and the “Bronze Bomber” will give us something to remember. What exactly, I cannot say. At the very least they deserve props for taking what is a risky fight for both.

There have been so many rematches over the decades, including title fights, that most come and go with little fanfare, just dates on the boxing calendar. The best often turn into three-peats, which technically disqualifies them from this discussion.

There are, however, rematches that stand out among the multitudes, the ones where legends are born and die, and sometimes run amok.

The birth of the long count

It’s hard to imagine boxing in the 1920s without Jack Dempsey. His bouts with Gene Tunney were just as big that decade as the Muhammad Ali-Joe Frazier fights were in the 1970s. The combined gates of the two Tunney-Dempsey title fights added up to more than $4.5 million, approximately $66 million in today’s money.

Dempsey had been champ so long that in the mind’s eye of the general public, he was still the ferocious predator who had terrorized Jess Willard, Georges Carpentier and the “Wild Bull of the Pampas,” Luis Angel Firpo.

Imagine the astonishment of the 120,757 rain-soaked fans at Philadelphia’s Sesquicentennial Stadium the afternoon of Sept. 23, 1926, when Tunney outpointed Dempsey with ease.

The “Manassa Mauler,” boxing’s alpha male since 1919, didn’t win a single round.

“Shock and disbelief underlined the public’s reaction to Dempsey’s loss,” wrote Randy Roberts in his Dempsey biography. “Had the Lone Ranger been unmasked and exposed as a woman, the surprise could not have been greater.”

The rematch was held at Chicago’s Soldier Field a year and a day after the original. Like a cover version of an old song, the contest was progressing in much the same manner as the original version. Then in the seventh round, Dempsey floored Tunney with a peach of a left hook.

The punch was Dempsey’s final flash of greatness, but he blew the opportunity with his eagerness to finish the job. He failed to go immediately to a neutral corner after the knockdown. Instead Dempsey hovered near his downed adversary, which, under a relatively new rule, prevented referee Dave Barry from starting the count until Jack complied.

Tunney was clear-headed by the time he got back on his feet. He smartly boxed his way to a decision victory to retain the title.

How much that handful of extra seconds helped Tunney recover is impossible to know. Anybody who says a few seconds don’t count for much has never been knocked down in a professional boxing match.

What makes the rematch special is that boxing’s greatest star of the 1920s had taken his final bow in a fight he might have won — if it wasn’t for the “Long Count.”

In the end Dempsey’s last hook hadn’t been wasted. Without it there would have been no long count, a seminal event still being recalled going on 82 years after Tunney beat the count — with a little help from his adversary.

More than just a rematch

The rematch of Joe Louis and Max Schmeling on June 22, 1938 would have been huge regardless of circumstances. But when the boxers became symbols of opposing political ideologies, it took on a life of its own.

It was in essence a proxy war between American democracy and Nazism. The boxing ring was the stage upon which the ominous preamble played out.

War didn’t seem to be as inevitable in June 1936, when Schmeling knocked out the previously undefeated Louis. There was no title on the line. Schmeling was an ex-champ trying to stay relevant. Louis was the future.

As the drums of World War II grew louder, the match became an international obsession. Louis knew what was at stake and, against trainer Jack Blackburn’s advice, decided he was going to go for broke right from the start.

With a crowd of 70,043 at Yankee Stadium cheered him on, the “Brown Bomber” attacked with ferocious precision as soon as the opening bell rang. Schmeling didn’t last a round and ended up in the hospital.

“Somebody was counting punches and said I must have hit Schmeling with nearly fifty blows in the two minutes and four seconds,” wrote Louis in his autobiography, “My Life.” “I know now this was the top of my career. America was proud of me, my people were proud of me, and since the fight, race relations were lightening up — who the hell could ask for more?”

For one night all was right with the world, and the world was Louis’ oyster.

Insanity on the Las Vegas Strip

When you see Mike Tyson these days, he’s smiling, laid back and seemingly at peace with the world. He’s so mellow it’s hard to believe he once bit off a chunk of Evander Holyfield’s ear and spit it out.

It was June 28, 1997, and Iron Mike was probably at his lowest ebb going into the Holyfield rematch. Evander had taken him apart the first time, knocked him down in the tenth round and finished him in the eleventh. Tyson had to know he was in deep again, but never figured things would go down quite the way they did.

When Tyson bit Holyfield twice (once on each ear) in the third round and was disqualified, it was just the start of the madness. Tyson’s subsequent meltdown and hectic exit from the arena — splattered with refuse thrown by fans — was wild.

It got crazier when something in the casino fell over and made a noise people assumed was a gunshot. There was panic and some folks were trampled trying to get out. After the ambulances left, security kicked everybody out of the MGM Grand and locked it down for a couple of hours.

The Strip, suddenly flooded with people, turned into one big party, with everybody talking about the bite. If there’s been a crazier rematch I haven’t heard about it. Over the years, the outrage has dissipated. Evander and Mike are now friends and the incident is a cause for humor. Only in boxing.

It is not a perfect match, but the fight that that most resembles Fury-Wilder II is Billy Conn’s second crack at Joe Louis.

Like Fury, Conn was an excellent boxer, and like Louis, Wilder is a lethal puncher. In their June 1941 championship fight at the Polo Grounds, Conn, like Fury in the first Wilder fight, boxed brilliantly.

Conn was doing so well he got greedy and figured he could knock out the champ. Instead, Louis flattened the “Pittsburgh Kid” with a five-punch barrage that started when a short right buckled Conn’s knees.

Unlike Fury when Wilder dropped him hard in the 12th round, Conn didn’t get up.

World War II delayed the rematch until June 1946, and by then neither of them was the fighter he had been before the war. Even though Louis was four years older, Conn had slipped more. The second fight was never in doubt. Louis put Conn out of his misery in the eighth round.

Fury has talked a lot about going for the knockout because he believes there’s no way he could win a decision in the United States. He’s got a right to feel that way. In the eyes of many, the draw in their first fight was more than generous to the American.

Had Conn not gotten so frisky in the first Louis fight, he might have become heavyweight champion of the world.

Does that mean Fury should forget about going for the KO and box the way he did the first time?

Not necessarily. Fury is smart, shifty and capable of doing the unexpected. That’s why it’s difficult to dismiss his chances out of hand. Wilder, of course, can never be dismissed while he’s still on his feet. Lose concentration for a second or make a mistake and it’s over.

The greatest lesson one can take away from previous rematches is to forget your preconceived notions. The common observer thought Dempsey would flatten Tunney, Schmeling was unprepared for Louis’ early explosion and Holyfield never dreamed he’d lose a piece of his ear.