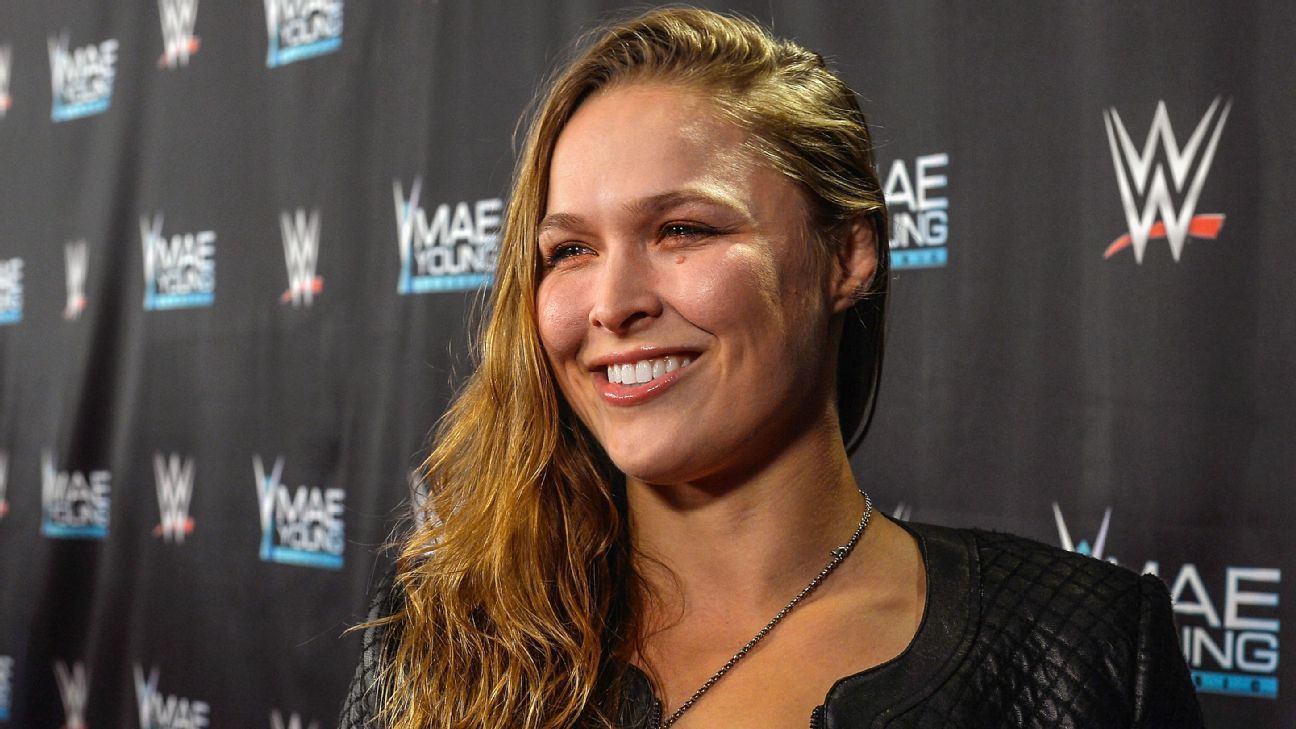 Ronda Rousey has never said she won’t return to the UFC. The word “retirement” has not come out of her mouth.

But the former UFC women’s bantamweight champion said this week that she no longer feels any kind of pressure to return and prove herself as the best women’s MMA fighter ever. Rousey, one of the most popular fighters ever to step in the Octagon, believes she already is that.

“There’s not a day that goes by that people aren’t telling me to fight,” Rousey said in a video with Steve-O on her YouTube page that published Wednesday. “I have to try to think of it as, would I rather be the greatest of all time or have everybody think I’m the greatest of all time? It used to be so important to me to have both, but now it’s got to the point where I don’t want to sacrifice myself and my family to prove that anymore to a bunch of people who don’t give a s— about me. I know and the people that love me know. It’s no longer a priority in my life.”

Rousey said she resents the people who tell her she should come back and fight, because she feels they only see her as a fighter — not as a human being with many facets.

“I don’t want to be giving myself to people who wouldn’t do the same to me,” Rousey said. “But man, it’s hard when everyone around you, the value they have for you is how you fight. And how they see you is how you fight. The only thing they think you have to offer is how you fight. It’s actually my husband (UFC veteran Travis Browne) that taught me I’m so much more than just a fighter. I don’t have to fight myself into the ground to prove that I’m the greatest of all time when I already know I am.”

Rousey, 32, has not fought since she was knocked out by Amanda Nunes at UFC 207 on Dec. 30, 2016. Rousey’s first career loss was a stunning knockout defeat to Holly Holm at UFC 193 on Nov. 15, 2015. Prior to that, Rousey was one of the most dominant fighters in UFC history, amassing six straight title defenses, all but one of which were finished in the first round.

At the time, Rousey took those losses badly. She was devastated by them. Now, though, she has come to grips with the fact that her losing was important for the future of women in the UFC.

“If I just retired undefeated and left all those girls there, they wouldn’t have had any credibility, because I wouldn’t have given them any,” Rousey said. “And so the way everything ended up was the best it could have been for the division, because they got to take my credibility and run with it instead of letting me run away with it. That might have been what I wanted selfishly, but I wanted most was [for] the division in the sport to succeed. So what happened is what needed to happen.”

Rousey was the reason the UFC started a women’s division, promotion president Dana White has stated on numerous occasions. After the loss to Nunes, Rousey departed MMA and started with WWE in 2018. She had a major run with the pro wrestling promotion for a year, winning the Raw women’s title. It culminated in her headlining WrestleMania 35 on April 7, 2019, against Becky Lynch and Charlotte Flair. It was the first time a women’s match had ever been the main event of a WrestleMania.

While Rousey is enjoying her down time on a California farm with Browne, the plan is to go back to WWE at some point. She told WWE commentator Corey Graves on his After the Bell podcast that she’ll return “probably whenever the hell I feel like it.” Rousey said she likely will not do a full-time schedule like she did from April 2018 to April 2019. She said she worked 200 days during that one-year stretch.

“I don’t know when I’m gonna go back,” Rousey told Steve-O. “I know I definitely do want to. But I don’t think I’ll be able to do it in that capacity again. I don’t think I could put my family through that again.”

While Rousey is unlikely to fight again, she continues to be a fan of MMA. She praised women’s strawweight champion Zhang Weili as “fantastic and amazing” ad reaffirmed her affection for former champions Joanna Jedrzejczyk and Rose Namajunas.

Rousey is not fully out of the sport, either. She has a management firm and represents 22-year-old prospect Edmen Shahbazyan, who has won all four of his UFC middleweight fights, the last three by first-round finish. Shahbazyan trains at Rousey’s former gym, Glendale Fighting Club in the Los Angeles area, under her longtime coach, Edmond Tarverdyan.

Jones was 23 years old when he won the light heavyweight belt in 2011.

The Playbook, Inning 8: Advanced stats to use for fantasy baseball
The stats-backed strengths and weaknesses of powerhouses Texas and Kansas
After missing World Cup and struggling for form, Matthew Hoppe’s focusing on what he can control
Titans promote Kelly to offensive coordinator
Harvick to join Fox booth post-NASCAR retirement