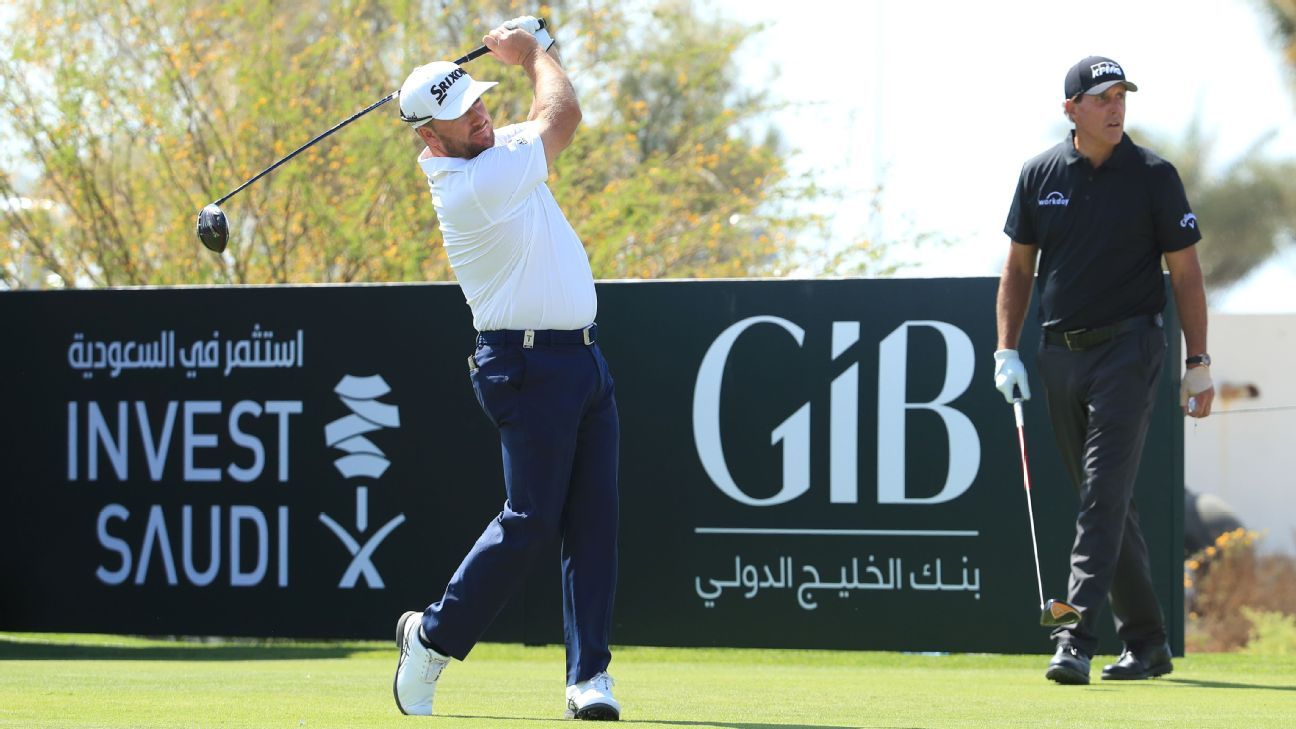 Graeme McDowell faces a possible one-stroke penalty over the weekend at the Saudi International due to a slow-play violation during Friday’s second round — a violation that was caused in part because he agreed to do an on-course television interview.

McDowell, who tied for the first-round lead at the European Tour event, was given a “bad timing” after he had been interviewed by Sky Sports at Royal Greens Golf Club.

If he gets another “bad timing” during the final two rounds, he will be assessed a one-stroke penalty.

“I just did an interview with (Sky Sports’) Tim Barter, so I was 50 yards behind the guys,” said McDowell about the incident on the fourth hole — his 13th of the day — while playing with Phil Mickelson and Rafa Cabrera Bello.

“I was first to go and I had 215 yards into the wind,” he told reporters in Saudi Arabia. “It was a difficult shot.”

According to the European Tour, McDowell had 50 seconds to play the shot but took 84 after the group had been put on the clock a few holes earlier for being out of position. The European Tour, under a new, stricter slow-play policy, does allow a player to use a “time out” once a round in such instances that circumstances warrant more time.

McDowell, the 2010 U.S. Open champion who is from Northern Ireland and lives in Orlando, Florida, said he didn’t think to use the time out.

“If that had been something that was automatic in my brain,” he said. “It’s just the last thing I think of out there. I called a time-out after I hit the shot, but the referee was not really willing to give me any kind of room for error at all. Then that kind of upset my rhythm for a couple holes.”

McDowell said he has no issue with the slow-play policy and is keen on playing faster but was caught off guard after agreeing to do the TV interview — which he also supports. The European Tour has had its broadcast partners conduct interviews for more than three years.

“Tim is great at his job, and I don’t want a situation where guys won’t give him an interview,” McDowell said. “But I called him over and said, ‘You might want to have a word with them, because if I’m going to do that for you, which I want to because we are in the entertainment business and I think it’s a good thing for viewers to get an insight into what is happening out on the course, only for the referee to give me a bad time, then everyone is going to say no,’ ” he said.

McDowell, who won last year on the PGA Tour, is trying for his first European Tour title since the 2014 French Open. He is two shots behind France’s Victor Perez after shooting 68.