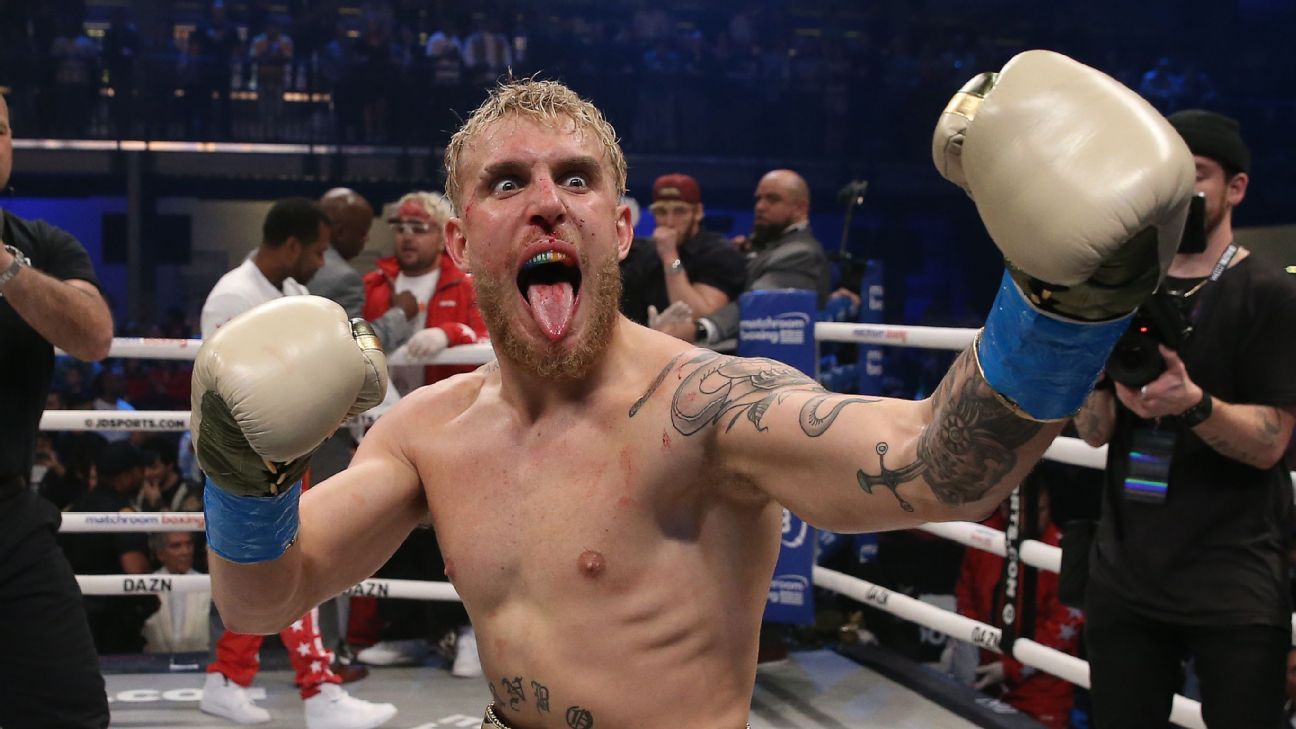 In a battle of YouTube personalities, Jake Paul made a successful professional debut with a first-round knockout of AnEsonGib in a co-main event of a DAZN card at the Meridian at Island Gardens in Miami.

AnEsonGib was aggressive early in the bout, but he found himself unable to handle the superior power of Paul and was on the canvas a couple of times before the fight was waved off at 2:18 of the round.

As the bell sounded, it was actually the shorter AnEsonGib who came out and was the aggressor, but as soon as he started to get hit by Paul, he was unable to stay on his feet. First it was a sweeping right hand that had him on the floor. Later on, as he rushed in, Paul struck AnEsonGib with a left hook while his back was on the ropes, that caused the second knockdown. Finally, after another right cross staggered AnEsonGib, referee Chris Young waved off the fight.

“That was lit,” said a jubilant Paul, who fought as a cruiserweight.”

“I caught the boxing bug, I put the work in, and I’m in love with the sport,” Paul added. “My power, my speed won in the first round.”

For this contest, which was an officially sanctioned professional prizefight, Paul trained in California in the mountains of Big Bear with Shane Mosley, who was just recently elected into the International Boxing Hall of Fame.

“Y’all said this was my best competitor. He’s got energy, he’s got stamina, he’s ‘the Beast from the Middle East’ — and I silenced him in one round,” said Paul.

Paul plans to continue boxing and is eyeing a fight against KSI, another YouTube personality of note, who scored a six-round decision over Paul’s brother, Logan, in a high-profile event in Los Angeles back in November.

“KSI’s going to get clocked next,” promised the 23-year-old Paul, who then went face-to-face with the family nemesis and began to jaw at him.

“You had to beat my bro by a bad call,” he said to KSI, before the pair had to be separated.