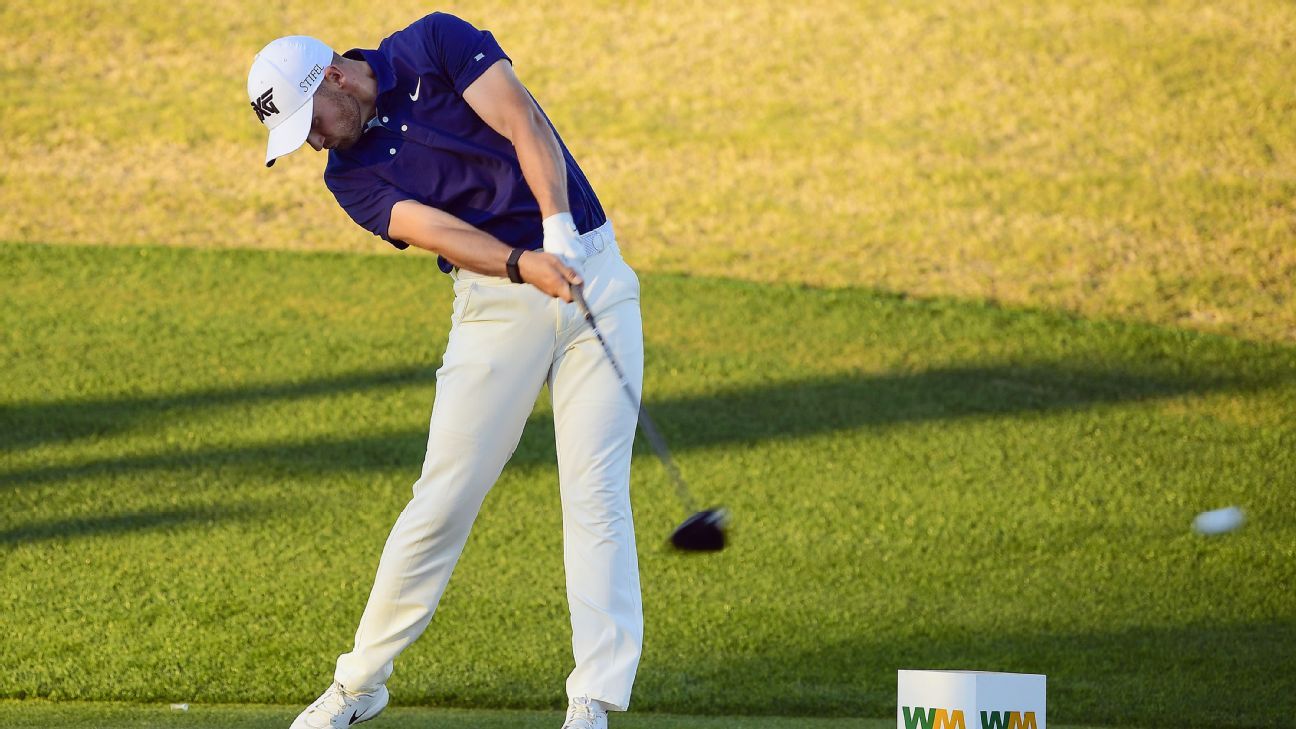 SCOTTSDALE, Ariz. — Wyndham Clark beat darkness — and everyone else Thursday at TPC Scottsdale.

Playing in the second-to-last group off the 10th tee, Clark shot a career-best 10-under 61 to take the first-round lead in the Waste Management Phoenix Open.

“I hit a lot of fairways and I just gave myself a lot of looks and the putter was hot,” Clark said.

The 26-year-old former University of Oregon player is in his second full season on the tour. He missed the cut the previous two weeks, shooting 69-79 last week at Torrey Pines.

Billy Horschel was second, holing nearly 200 feet of putts in an afternoon 63.

“I looked on the leaderboard and saw I was at 8 under and I saw Billy Horschel was, too,” Clark said. “I said, ‘Man, he’s going to rain on my parade.’ So, kind of to myself I said, ‘All right, let’s go get past him.'”

Horschel had an eagle and six birdies.

“Any day you shoot 8 under, no bogeys, you can’t complain,” Horschel said.

He had the big putting day after working with instructor Todd Anderson.

“We made a couple changes, a couple tweaks to the putting stuff that was a little off,” Horschel said.

J.B. Holmes was another stroke back after a roller-coaster start — highlighted by a hole-in-one — and big finish in the morning wave. He won the event in 2006 and 2008 for his first PGA Tour titles.

“I like playing in the desert. I just enjoy being here,” Holmes said. “The greens are always usually in great shape. They’re in great shape this week — they’re quick, they’re firm.”

The long hitter from Kentucky played the first five holes in even par, following a double-bogey on the second, with a birdie on the third, the ace on the fourth and a bogey on the fifth. He used a 7-iron on the 175-yard fourth.

“I didn’t feel like everything was going my way, so I wasn’t thinking it was actually going to go in,” Holmes said. “But I hit it up there. I knew it was a good shot, and I thought I’m going to have a short putt for birdie and then it disappeared.”

Holmes birdied the final three holes and seven of the last 10, hitting to 4 feet on 16 and 17 and closing with a 25-footer. He fought right elbow pain, seeking treatment from his trainer at the turn.

“It’s been hurting a little bit more lately than it normally does,” Holmes said.

Jon Rahm opened with a 67. He can jump from No. 3 to No. 1 in the world with a victory, provided top-ranked Brooks Koepka — tied for 48th in the Saudi International after an opening 70 — finishes out of the top four.

“I’ll take four days of playing tee to green as good as I did today,” Rahm said.

“I’ve played a lot of golf in that, believe it or not, so it felt pretty comfortable,” Thomas said.

The fourth-ranked Thomas shot 68 following a two-week break. He opened the year at Kapalua with his second victory of the season, then missed the cut in Honolulu.