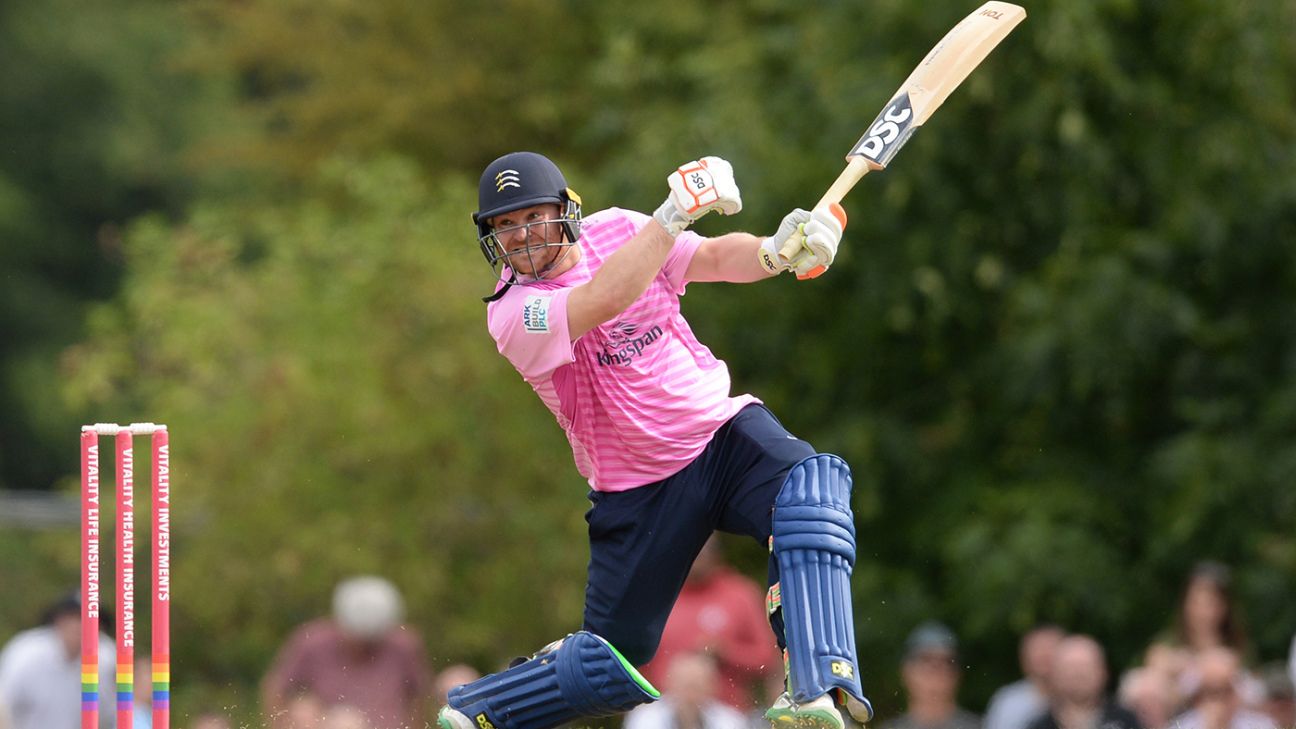 Paul Stirling, the Ireland top-order batsman, has joined Northamptonshire for part of the T20 Blast as an overseas player, despite the fact he is a British passport-holder and was born in Belfast.

He will provide cover for Kieron Pollard, who will play eight games for Northants in the middle of their campaign, filling the club’s second overseas slot. Faheem Ashraf, the Pakistan allrounder, is the primary overseas player, and will be available until the end of the Blast’s group stages.

ALSO READ: Stirling to leave Middlesex after committing to Ireland

Stirling has become the second Ireland player to sign a contract in county cricket as an overseas player, after Boyd Rankin’s brief stint at Derbyshire last season.

An ECB rule change meant that Irishmen, who had previously qualified as local players in county cricket, would no longer be able to play as non-overseas players following Ireland’s ascent to Test status in 2017. Those who already held county deals were given a grace period which ran until the end of the 2019 season.

Rankin’s deal last year was the first overseas contract signed by an Ireland international – he was a new registration, so did not fall under the grace period – while Stuart Poynter and Tim Murtagh have both ended their international careers in order to extend their stays at Durham and Middlesex respectively.

But with a view to extending his international career, Stirling left Middlesex in September, telling the Telegraph that he found his situation “baffling”, but that he had no intentions to challenge the ruling legally.

“The powers that be have made the decision to change the regulations but I can see it is a strange scenario when you are born British and have entitlement to work as a local in your own country, so I can see why it could be challenged and it would be interesting to see how far it would go if someone did challenge it,” Stirling said.

“It is an ECB rule and I can understand it. Cricket Ireland have Test status and if you want to play Test cricket for Ireland then why should the ECB let someone play in their local tournaments if they are not looking to play for England?

“I get it from their point of view but it is slightly more complicated than that in our case. Middlesex has been my home for so long so it does feel baffling to have to go but hopefully I will be able to play in some capacity in the future.”

David Ripley, Northants’ head coach, said: “Paul brings great experience, skill, and firepower to our line-up. He has a reputation as a great team man and we are looking forward to welcoming him into our dressing room.

“He’ll dovetail with Pollard and be available down the road should we qualify for the quarters and beyond. A special thanks to Cricket Ireland for their assistance in allowing Paul to play a role for us.”

“I’m thrilled to be playing for the Steelbacks in this year’s Blast, “Stirling said. “It’s a good wicket and the boundaries are small so I’m excited to entertain the people of Northampton.

“I know a few of the guys very well and in Rosso [Adam Rossington] and Cobby [Josh Cobb] they have good leaders as captains at the club. I would like to thank David Ripley for showing faith in me and I’m hoping we can win the trophy come September.”