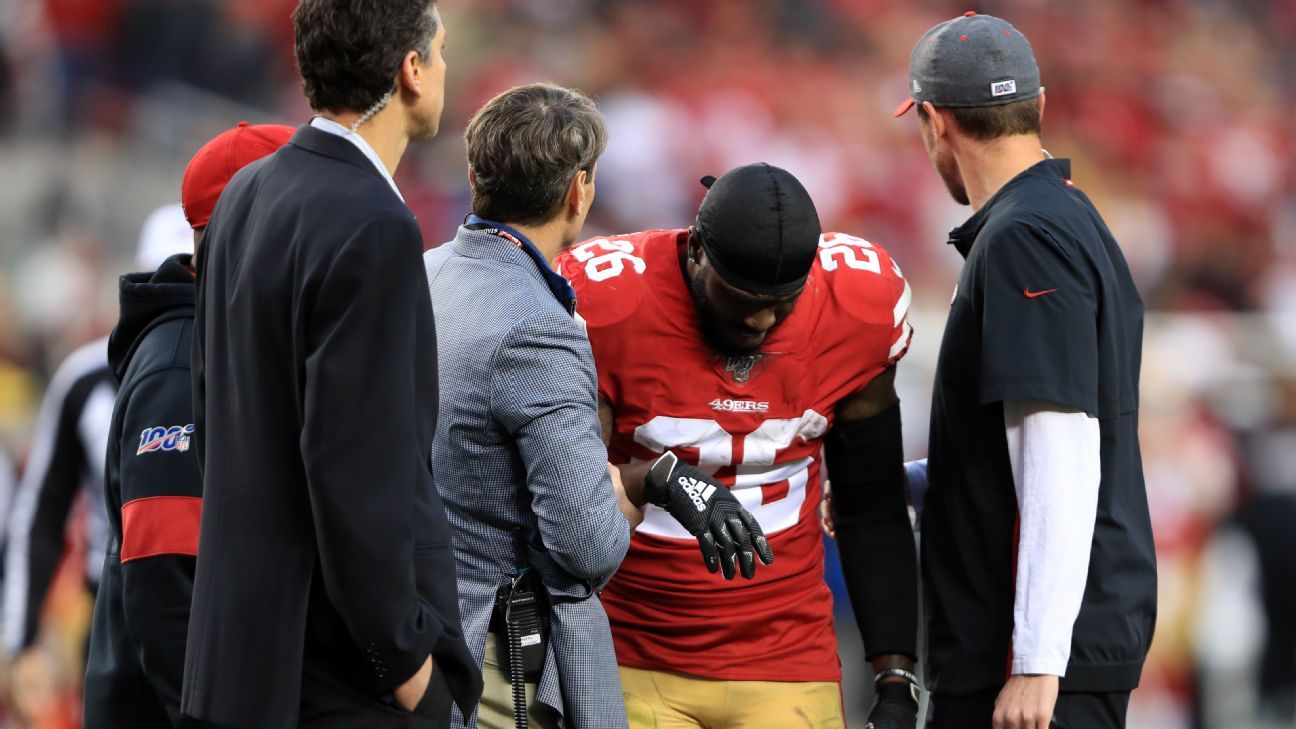 MIAMI — Barring some sort of setback or incident over the next two days, the Kansas City Chiefs and San Francisco 49ers will have their full complement of players available Sunday for Super Bowl LIV.

Both teams unveiled their final practice reports for the week on Friday afternoon, and neither team had a player with an injury designation of questionable, doubtful or out. In other words, the Chiefs and Niners will be able to pick their 46 active players on game day from their entire 53-man roster.

While things appeared to be trending this way for the Niners and Chiefs, San Francisco entered the week with a little bit of uncertainty, particularly regarding running back Tevin Coleman.

Coleman dislocated his right shoulder in the NFC Championship Game against the Green Bay Packers. In the days after the injury, coach Kyle Shanahan expressed optimism that Coleman would be ready in time for the Super Bowl.

That appears to be the case as Coleman was limited in practice on Wednesday and Thursday and was upgraded to a full participant on Friday.

“It’s a shoulder injury so there’s no issues with his legs and stuff and he’s running very well like he always does when he’s healthy,” Shanahan said on Wednesday. “So, we’ll see as the week goes how much the pain tolerance is for his shoulder.”

Safety Jaquiski Tartt (ribs) and linebacker Kwon Alexander (pectoral) were also limited in practice Wednesday and Thursday and then upgraded to full participation on Friday. Shanahan said Thursday that he expected all three to be “good to go” against the Chiefs. The 49ers will have a normal walkthrough on Saturday as the last on-field work before Sunday’s game.

For the Chiefs, it comes as no surprise that all of their players will be available as all 53 players have been full participants in practice all week. They listed defensive tackle Chris Jones (calf), tight end Travis Kelce (knee), center Austin Reiter (wrist) and tight end Deon Yelder (Achilles) on their participation report but all four made it through the week without any setbacks and are good to go for Sunday.

Chiefs coach Andy Reid said Friday that Kelce was “moving around pretty good” in the league-issued pool report and indicated he expects to have all four players available against the Niners. Kansas City closes its week of preparation with a walkthrough of its own on Saturday.

Why we could have to wait until 2024 to see Artur Beterbiev vs. Dmitry Bivol in a must-see matchup
Filing: MLB antitrust exemption should be narrow
Wolves’ Edwards ‘ain’t tripping’ over missing ASG
Follow live: Chiefs and Bengals meet again for the AFC Championship
Maple Leafs’ Murray (ankle) out through bye week