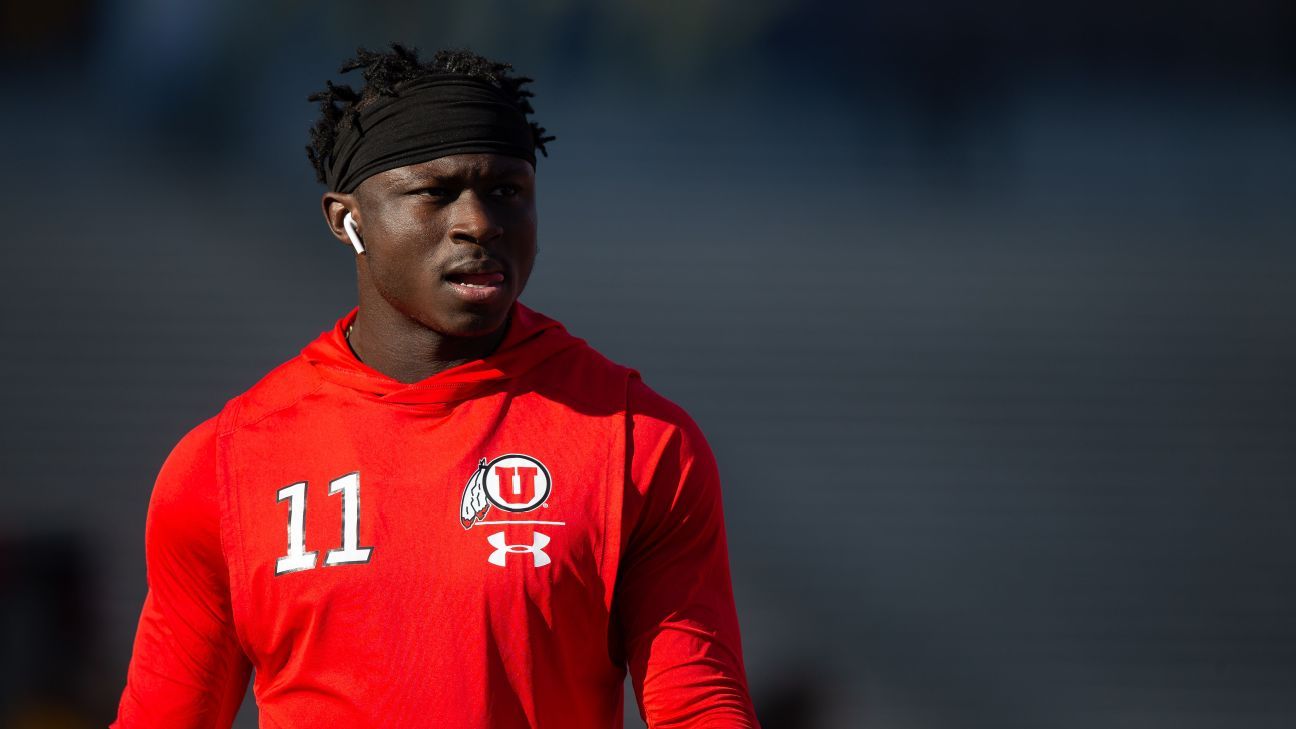 Utah wide receiver Terrell Perriman has been arrested on suspicion of kidnapping and raping a 17-year-old girl.

Perriman, a redshirt freshman from Miami, has not been charged but was booked Thursday at Salt Lake County jail for suspicion of rape, kidnapping, enticing a minor by internet or text and dealing in material harmful to a minor.

Police say Perriman met the girl on social media. The girl told police that Perriman pressured her to send nude photos to him, and that he sent sexually graphic pictures and video to her. She said they met Friday at Perriman’s apartment in Salt Lake City.

The girl told police that Perriman trapped her in his room, took her cell phone and forced her back into the room when she attempted to escape. She told police the 20-year-old Perriman then raped her.

Salt Lake City police Detective Greg Wilking told reporters there is “some indication” that Perriman could have contacted others and urged them to come forward, if so.

“Often in these kinds of cases, there’s not just one victim,” Wilking said, according to The Salt Lake Tribune. “This is behavior that’s repeated.”

“Obviously, this does not reflect the values and standards of our program and we will continue to monitor the situation as it moves through the legal process,” Utah coach Kyle Whittingham said in a prepared statement. “We are cooperating with the authorities and university personnel and will continue to assist as requested. Due to the ongoing legal proceedings, we are unable to comment further at this time.”