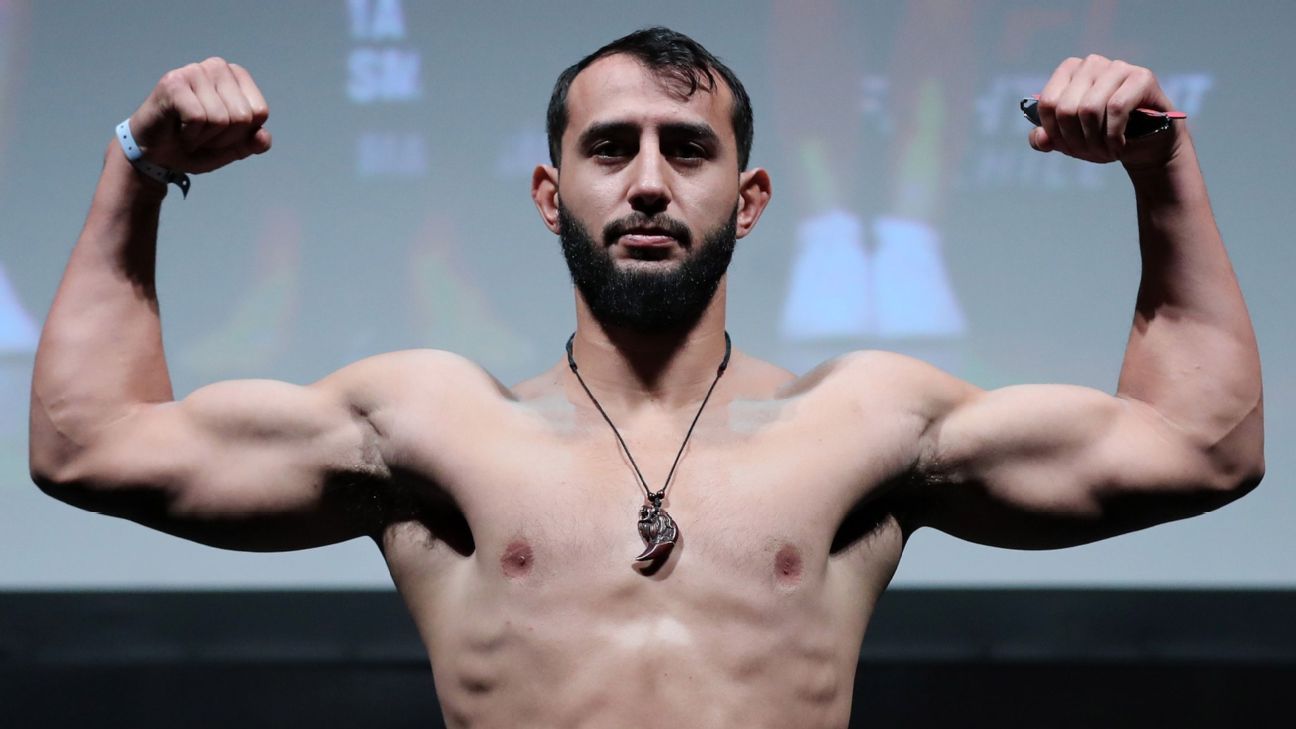 LOS ANGELES — Dominick Reyes is from San Bernardino County, about 85 miles northeast of downtown Los Angeles. Like many in his generation who grew up in Southern California, Reyes was a huge Lakers fan and his favorite player was Kobe Bryant.

On Sunday, Reyes woke up and checked his phone and couldn’t believe what he saw. There was news on Instagram that Bryant and his 13-year-old daughter Gianna died in a helicopter crash. Reyes, less than two weeks away from challenging the best UFC champion in history, was paralyzed with grief.

“I pretty much stayed in bed most of the day,” Reyes said Thursday at a media day. “I didn’t really get up much. I had to eat. I called my friends, called my family. Talked to people about it. I needed to talk to someone about it. It was really like almost losing a family member. I don’t know, man. It sucks. It f—ing sucks.”

Reyes will face Jon Jones with Jones’ UFC light heavyweight title on the line in the main event of UFC 247 on Feb. 8 in Houston. It’s the biggest fight of the Victorville, California native’s life. And Reyes said he would like to honor Bryant by wearing his Lakers jersey during fight week. That might not be a possibility, though, because of the UFC’s outfitting contract with Reebok.

“I’d like to wear his jersey throughout the week, but I don’t know if Reebok would be very excited about that,” Reyes said. “We’ll see. But definitely, [when I] win this belt it’ll definitely be on my heart and on my mind.”

A request for a comment on Reyes’ request was not yet returned by the UFC.

Reyes, 30, said he couldn’t afford to go to any Lakers games when he was a child. He grew up poor in a low-income area of SoCal. But he watched every game on television and vowed to follow Bryant’s principles as an athlete. Reyes was a scholarship football player at Stony Brook University and is now an undefeated MMA fighter.

“The only idol I’ve ever had as an athlete,” Reyes said of Bryant. “I’ve never looked up to any other athlete but Kobe Bryant. Kobe’s mentality of ‘nobody is gonna believe in you but you’ — I’ve used that throughout my life. I made it to my university, I’m here on that philosophy. Nobody is gonna believe in you but you. Nobody is gonna work for you. Work when the lights are off, work when nobody is looking. That’s what matters. That’s what makes you a champion. Winning is everything. Oh, man. All of that is a huge part of why I’m here today.”

Reyes (12-0) has won all six of his UFC fights, including four by finish. He’s coming off a first-round knockout of former middleweight champion Chris Weidman on Oct. 18.

Jones (25-1, 1 NC) is arguably the greatest MMA fighter to ever live. The Albuquerque, New Mexico native is unbeaten in 17 straight fights and his only career loss came by disqualification in 2009. Jones, 32, holds just about every record in UFC light heavyweight history and he’s one win away from tying the record for most UFC title defenses in any division.

Reyes, though, said he is undeterred by Jones’ legend.

“The lore of Jon Jones is a lot bigger than he actually is,” Reyes said.