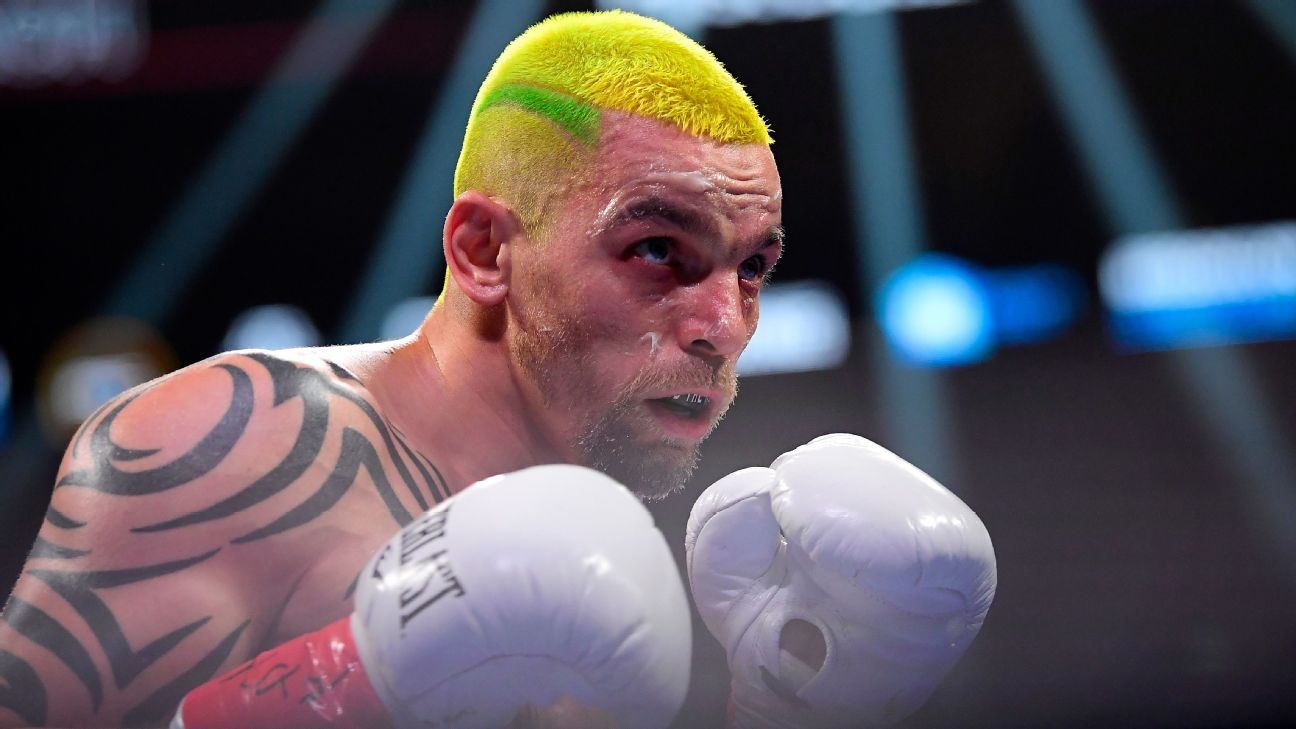 The New York State Athletic Commission has suspended Ivan Redkach’s boxing license for one year after the welterweight bit Danny Garcia during their title elimination bout on Saturday night at Barclays Center in Brooklyn.

The commission announced Thursday that it “issued the maximum fine [to Redkach] of $10,000 for engaging in dangerous, disorderly and unsportsmanlike conduct.”

Redkach (23-5-1, 18 KOs), 33, a Ukraine native who fights out of Los Angeles, also is supposed to forfeit his entire purse, which would be paid to the commission. However, collecting the purse could prove difficult: A source with knowledge of the situation told ESPN on Thursday that Redkach had already deposited his check for $300,000.

“Mr. Redkach has the right to challenge these penalties if he so chooses with a formal hearing,” commission spokeswoman Mercedes Padilla said.

With a little more than one minute left in the eighth round, Redkach bit Garcia on the left side of the neck when they were in a clinch. Referee Benjy Esteves did not deduct any points from Redkach for the foul.

Garcia, a former two-division world titleholder, won the fight easily. He delivered a beating to Redkach for most of the bout en route to a unanimous decision on scores of 118-110, 117-111 and 117-111, setting himself up for a likely fight late in the spring or summer against unified titleholder Errol Spence Jr. or titlist Manny Pacquiao.

After the fight, Garcia made light of the biting incident.

“He bit me. He said ‘Mike Tyson’ when he bit me,” Garcia said during an interview in the ring with Showtime. “I said ‘Ref, he bit me.’ I thought I needed stitches or something. That’s my first time ever getting bit in a fight. Things happen though. I’ve been in a street fight before, so I did it all.”

Later, at his postfight news conference, Garcia was also asked about being bitten by Redkach and he again joked about it.

“I just felt something digging in my skin. I thought a mosquito got me. I look over and he’s biting me,” Garcia said, laughing. “He got new teeth too. He got some brand new veneers. He was putting them bad boys to work. I got a fresh veneer scar on my neck.”

The most famous biting incident in boxing history happened in 1997, when Tyson twice bit Evander Holyfield on the ears during their heavyweight title rematch in Las Vegas. Referee Mills Lane disqualified Tyson for the fouls in the third round. The Nevada commission revoked Tyson’s boxing license, although it was eventually reinstated, and he was fined a record $3 million.